After the Final Bell — a preview 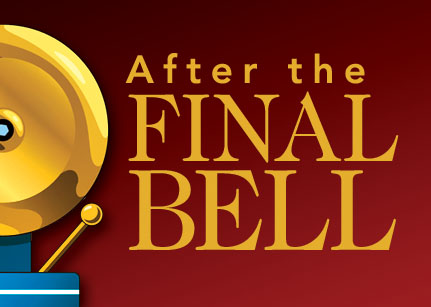 Two weeks ago, the inaugural edition for this column featured Avery Browning, a rising junior at West Forsyth High School. Twice a month, students of all ages will be featured in this column to celebrate the successes of young people in our community.

The idea for this came about after having spent 40 years in education, the last 24 of which have been as an AP psychology teacher at the Career Center High School. It was difficult to retire, but four decades is a long time in the classroom so after thinking about my decision for some time, I have decided to put my energies in a new direction. Knowing that I would miss spending my days with teenagers (that may sound strange to some of you), I have taken on this new venture of writing about students who contribute significantly to both their schools and to the community.

Reading the news in today’s world can at times be depressing, but it is my hope that this column will bring a smile to those who read about young folks who are a source of great pride to our community.

I have taught literally thousands of students during my teaching career. Although it sounds cliché, my students truly taught me so much more than I taught them. They have shown kindness and thoughtfulness during difficult times such as what I went through with the loss of my parents, and they showed amazing resilience when dealing with their own challenges. As one of my colleagues once noted during a lunchtime conversation, our students often were the bright spot in the day by way of things that they said or did.

The high school world in 2018 is not the same place that we adults experienced. Over 200 school shootings have taking place in our country in the last decade. While technology is a wonderful resource, it has broken down the personal aspect of relationships at all levels in a school environment. Students today deal with significantly more pressure than was the case with prior generations as they fill their days with advanced courses, part-time jobs, and extracurricular activities such as sports, music and volunteer work.

Despite the generational differences that have taken place for today’s young people, the stereotypes for teenagers remain much the same. The notion often still exists that today’s young folks are disrespectful, self-centered and difficult. It is my hope that After the Final Bell will bring about a different perspective than what often exists about today’s young people. When I was teaching and asked to write recommendation letters for students, I was often amazed by the resumés that were handed to me to help me write the letters. I’m not sure what specific talents and accomplishments will be featured in this column, but from my experience, I am confident that there will be no shortage of young people to write about.

One topic that we often discussed in my classes was how one achieves happiness. I told my students that two things that can lead to a state of fulfillment are being productive and doing good deeds for others.

When I wrote the column about Avery last week, it struck me how she exhibits these qualities. She was one of my students last year, and as I got to know her, I became increasingly impressed not just with her many accomplishments but also her compassion for others.

I am looking forward to writing other success stories like hers that will feature young people in our community. I welcome your recommendations for someone that can be featured in this column. To do so, you can email me at LKStom@aol.com .