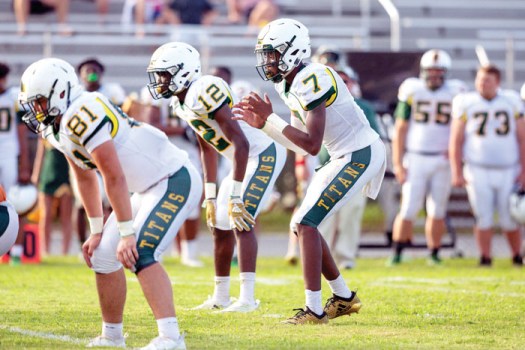 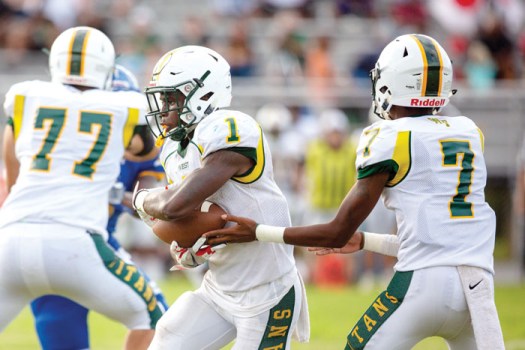 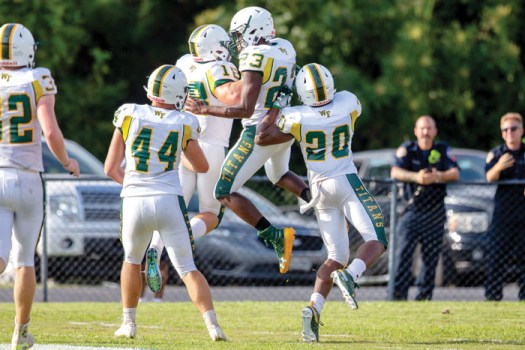 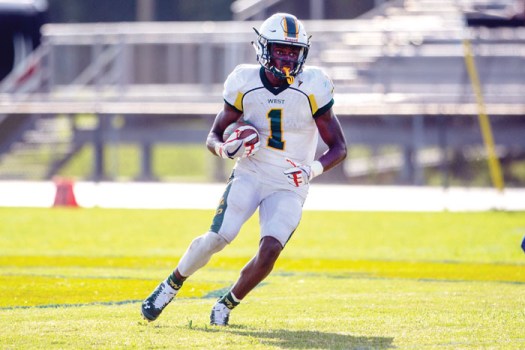 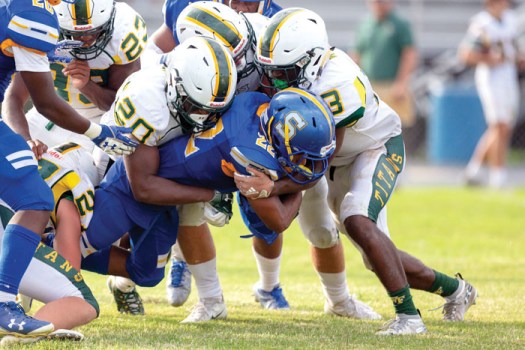 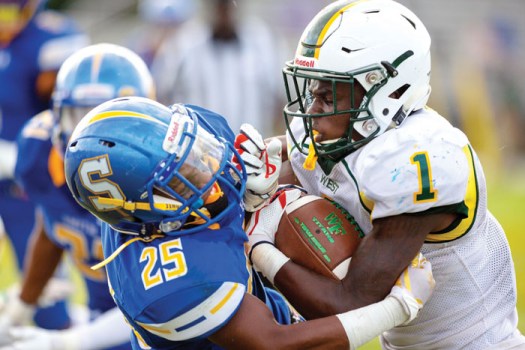 By Matthew Hatfield
For the Clemmons Courier

The West Forsyth Titans knew coming into their five-hour trip to Chesapeake, Virginia, to take on the Oscar Smith Tigers that they would be in for a tough ballgame.

Oscar Smith, which won Virginia State Championships in 2008 and 2011, has put together 14 straight double-digit win seasons. On Saturday afternoon, the Tigers looked every bit the part of the powerhouse they’ve been billed to be, defeating the visiting Titans, 41-26.

“I asked our kids to fight every down. You keep chopping wood. (Oscar Smith) is good, talented and they’re going to make another run. They’ve got the talent and coaching to do it. There’s no doubt,” West Forsyth coach Adrian Snow said afterwards.

“We’re young. So what I wanted our kids to do was come up here, stand toe-to-toe, and stop throwing haymakers. I told somebody earlier this week that if we can come into half-time being close, we’d have a chance. At 21-7 at the half, I thought it was pretty good. They just made some plays and they’ve got some really good players. We do too, but most of them are pups. I was proud of the way our kids fought.”

Things got off to a rocky start for West Forsyth on the very first play from scrimmage when they fumbled, which the Tigers recovered. Just 1:43 into the contest, the Titans trailed 7-0.

“It set the tone for them a little bit and gave them a lot of momentum,” acknowledged Snow of his team’s lone turnover on the day. “The problem was I felt if we had pulled and threw, we’ve got a good chance to make something happen. But hey, that’s called football.”

West Forsyth did bounce back off the mat from that initial punch, piecing together a lengthy 16-play, 75-yard drive that took 5:09 off the clock, tying the score on a 13-yard touchdown pass from Shane Jarvis to Trae Archie. It was one of two touchdown receptions for Archie, who caught four balls for 35 yards.

Oscar Smith — which is ranked No. 2 in the state in the highest classification of Virginia by VirginiaPreps.com — would answer back with a punishing ground attack that rolled up 288 yards on 43 rushes from eight different ball carriers. The Tigers also balanced that out with 189 yards passing, hitting four completions for 30 yards or longer.

When the Tigers led 24-7 early in the third quarter, it appeared they would be pulling away for good. However, West Forsyth responded thanks to Jaden Pledger’s fumble recovery and 14-yard return for a touchdown.

Whereas Oscar Smith committed 12 penalties for 131 yards, West Forsyth was flagged only once the entire game for five yards.

“That’s West Forsyth football,” Snow said of his team’s attention to detail. “We sat a kid last week the whole second half that got a personal foul at the end of the half that was not a hustle, smart personal foul because we’re not going to tolerate that.”

Down 41-13 midway through the fourth quarter, West Forsyth didn’t throw in the towel as Jalen Ferguson threw a pair of touchdown passes, the second from 23 yards out to C.J. Graham.

“We’ve got two (quarterbacks) and they do a good job,” Snow commented of Jarvis and Ferguson. “Sometimes we feel like whoever has the hot hand we’ll go with it. Both of them can play.”

“It was a great environment on a Saturday afternoon where we got to battle a really good football team. They’re big and physical. We knew they played a lot of kids both ways and hoped we could hang in there,” remarked Snow.

“We’ll go home, lick our wounds a little and go back to work on Monday. Coming here and playing a team like this was what we needed and it was good for us. It was a whole lot better for us doing this than what the alternative would’ve been. That’s what we can take from this.”

Next up for West Forsyth (1-1) is a visit to Mount Tabor, which currently sits at 0-2 overall.