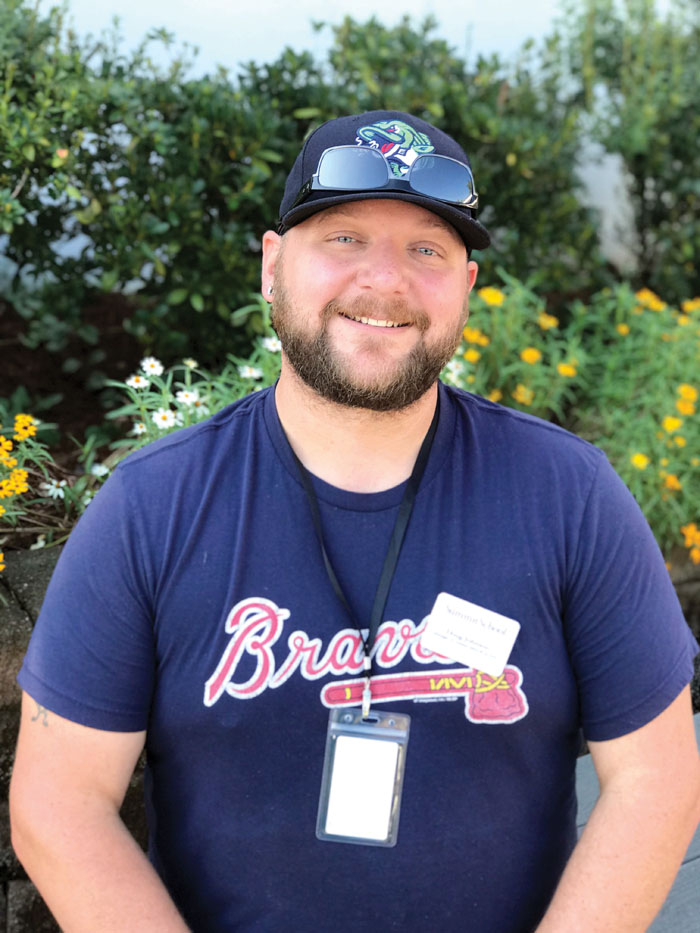 “What do you want to do when you grow up?” That’s a question many kids are asked at some point during their childhood.  Even if they aren’t asked, it is a question that can loom over every child’s head, if only implicitly. Sometimes, the answer might seem clear from an early age. Doug Johnson remembers thinking at around eight years old that he might love to cook.  This came to light when his mother passed along some of her basic skills in the kitchen. “My mom taught me to cook things like scrambled eggs and grilled cheese,” says Doug. He also baked cookies with his grandmother, whose house he would go to every Sunday.

Those early experiences were influential, no doubt. When it came time to go to college, Doug was accepted to Johnson and Wales, a culinary college in Charleston, S.C. However, there were other things happening in Doug’s young life that would one day play a part in the direction his life would go. For instance, Doug’s mom also worked in the business office at Summit School. At first, she worked in student billing. She then became head of the business office. By the time she retired, she was head of the human resources department. She worked diligently to take care of her son, perhaps not realizing just how much her job choices would impact her son’s adult life.

Doug didn’t always live with his mom, however. At around 13, he became a little rebellious. There were other lessons to be learned in life that needed to be learned away from his mother. It was decided that he would go live with his dad. “When I moved in with my dad at 13, I learned a lot. The bond between my mom and I grew. I realized why she would say, “No,” when I asked for things or, ‘We can’t do that,’ for a good reason. She did a lot for me.”

Doug’s time with his father didn’t work out the way he initially thought it might either. They butted heads more often than Doug liked. “My dad didn’t see the views I saw. I realized I didn’t want to be around that. I had two good friends whose parents would take me in when I needed to be taken in. That helped teach me to respect my elders.”

By the time Doug was 22, he became a father himself. He had married his girlfriend, and they had a son, Hunter. Doug soon learned just how many different ways parenting can be challenging. “When we had Hunter, I was scared to death. All those thoughts pop up in your head — ‘How am I going to take care of somebody else?’ I had a lot of help from my mother and ex-mother-in-law. They lived nearby.” Doug and his wife separated a couple of years after Hunter was born, but remain great co-parents. “We made some mistakes, but learned from them. Hunter has turned out to be a pretty good kid,” notes the proud father.

Other lessons Doug acquired about responsibility came about when he went to work to help provide a steady income for the raising of young Hunter. Doug found work with an electrical company and recalls of his experience there. “My boss was a great guy and my mentor, Wayne, taught me a lot. He was a military guy and gave me that tough love which rolled into my work ethic,” notes Doug. “He taught me to be respectful to people, do your job, get there on time or a little earlier; and treat people the way you want to be treated.” Doug loved the job and the people with whom he worked. However, when a maintenance job opened up at Summit School, Doug applied. He was hired. In a sense, he was back home. The place where his mother had worked for so many years while she was raising him.

Now, Doug would share that legacy with Hunter. As Hunter attended Summit, Doug was able to see his son every day at work. Doug loved it. “Seeing Hunter in junior kindergarten, Hunter would say, ‘Hey, Daddy,’ and give me a hug. I got to see him his entire time here. This year was the first year he was not at Summit. So, it was a little sad for me at the start of the year,” the father admits. But Doug has another little one at Summit, his daughter Georgia.

“After I got divorced, I met Casey online. She was living in Mooresville and so we commuted back and forth. We took vacations together. I love her to death.” Once Casey and Doug had Georgia, it was a no-brainer that she would attend school where her father worked. Having a daughter has added another dimension to Doug’s parenting experience. “Having a girl is completely different than a boy. I am scared to death with a girl, but it made me realize you can love more than one child. I always wondered how parents do that, but it’s easy,” Doug laughs. “When Georgia stops to hug me in the hall, it is contagious. She gives me a hug and then there is more corralling around me — other little kids to hug. It’s a perk for my kids to get the education they are getting but also for me being able to see them grow at home and at school.”

Like his mother, Doug has grown in his career at Summit. At first, he did maintenance and coached softball. He also drove the buses to sporting events or for field trips. “I really enjoyed being able to drive the kids, cheer for the kids and celebrate with the kids during victories and be there for losses.” This year, Doug was asked to be manager of campus safety and security. “It’s still new for me and we are developing as we grow. But we just had a talk with the older students and I was able to say to them, ‘Look, you’ve trusted me for the 13 years I have been at Summit, so you know I am going to protect you. But I can’t do it alone. I need your help to tell me what is going on. I need your parents’ help. We are not just saying this, it is in our heart. We wouldn’t be here if we didn’t care.’”

Many parents have come up to Doug and said they feel safe knowing that he is in charge of their child’s safety. To them, our neighbor, seems to do his job so effortlessly and with such ease. Perhaps, they also see what their children see — a big man who is a gentle giant with a lifetime of lessons that provide understanding of what is important. After all, what could be more important than protecting children and their future?  Our neighbor does it in his own quiet way, with respect, with sincere interest, and with great care. He does that so the children can think about the important things children have to contemplate, such as “What will I do when I grow up?”

Your Neighbor: Top of her game: Ashley Sharpe knows…