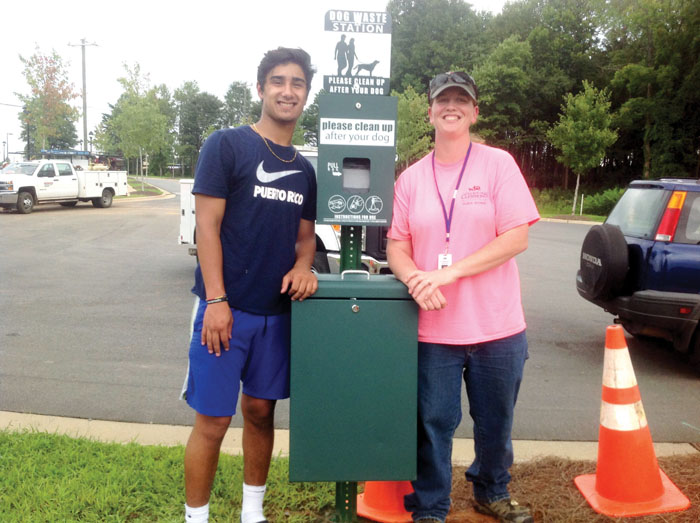 Andrés Hernandez - Troop 731 and Emily Harrison, Clemmons stormwater technician, in front of a finished dog waste station at the end of Gentry Lane.

By Village of Clemmons Stormwater Staff

With summer break over, and kids back in school, many of them talked about what they did during summer break. Some went to the beach, some went to summer camp, some worked to save up for that next big thing, but one student in particular worked on his Eagle Scout project. Andrés Hernandez of Troop 731 worked with the Village of Clemmons Stormwater Department installing dog waste collection stations in and around the greenway.

In the three weeks since installing these dog waste stations, almost 400 pounds of dog waste have been collected, and now will be properly disposed of at the landfill. Over time, the stormwater department plans to install more stations throughout Clemmons, so more people are able to scoop the poop. If you are interested in this program, please call the Village of Clemmons Stormwater Department at 336-766-9170.