Titans rally to down South Iredell 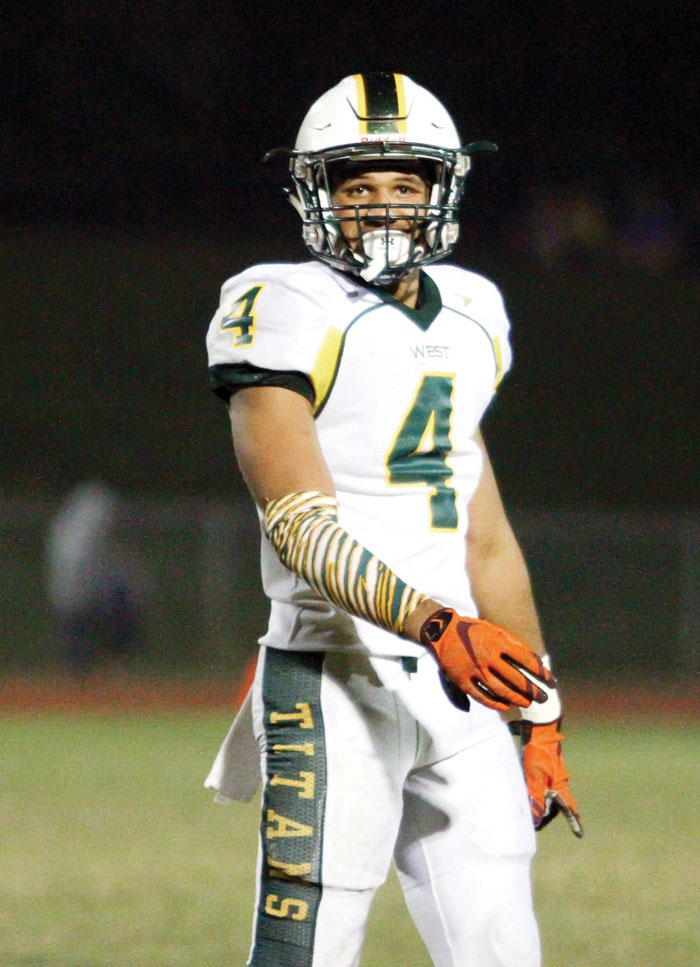 The Titans, coming off their bye week, traveled to Troutman to take on South Iredell and came away with a 41-27 win.

West (3-2) rallied to score the final 21 points of the game after falling behind in the third quarter.

“We just kept chopping wood and going to work,” Coach Adrian Snow said. “They showed a lot of character and a lot of fight. They could have hung their heads and laid down, but that’s not what West Forsyth football does. We kept at it and found a way to win.”

Trailing 27-20 late in the third quarter, Jalen Ferguson (10-13, 156 yards, one TD) connected with Trae Archie on a 36-yard touchdown pass, and Christian Kaplan’s extra point tied the game at 27.

Ja’Quan McMillian opened the scoring in the fourth quarter with a 73-yard punt return for a touchdown that gave West a 34-27 lead, and G’mone Wilson added a 4-yard touchdown run — his third rushing touchdown of the game — later in the fourth to seal the win.

Wilson finished with 140 rushing yards on 23 carries, including touchdown runs of 4 and 2 yards in the first quarter as the Titans built a 14-13 lead.

Shane Jarvis hooked up with Stephan McMillian on a 30-yard touchdown pass in the second quarter that gave the Titans a 20-13 lead.

“We got going pretty well and it looked like an offensive explosion for both teams,” said Snow, referring to the combined 27 points scored in the first quarter. “We got up 20-13 at halftime and then we blinked and laid the ball on the ground before we figured some things out.”

South Iredell quarterback Ty Everhart (93 rushing yards and a touchdown, 206 passing yards and two touchdowns) found Justin Turner for a 36-yard touchdown pass midway through the third quarter that tied that game at 20.

West fumbled on its next possession to set up a 7-yard touchdown run by Everhart that gave South its short-lived 27-20 lead.

“We let their quarterback (Everhart) do too much, run around a little too much,” Snow said. “Once we made some adjustments and settled in, we were fine. Our kids started making plays. Jalen’s touchdown to Trae was huge. And Ja’Quan did what Ja’Quan does — made a big play. He scored another one earlier in the game that got called back because of a block in the back. But they delivered when we needed them, and our defense stood up and shut them down in the fourth quarter, and that was huge.”

It’s Homecoming for West this week. The Titans will take on Northwest Guilford (3-3) Friday night.

The Vikings come into the game after losing three straight and are coached by Kevin Wallace, who was briefly the offensive coordinator at West before taking the job at Northwest.

“I know they are going to be well-coached because I know Kevin does a great job with them,” Snow said. “And them coming in after three straight losses, their backs are kind of against the wall and I know they’ll be hungry. They played Reidsville (a 2-A power) really tough last week, so they won’t just go and lay down. We know we’ll have to bring that intensity and fire and be ready to play.”