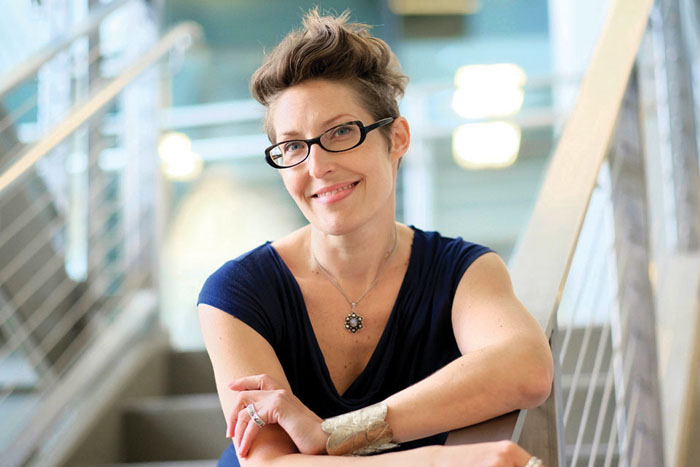 With October being breast cancer awareness month, there is one person in our area who is stepping up to help others. “Cancer is very prevalent in my family,” Christal Schanes says accompanied with tears in her eyes. She pauses as if cancer has reached in and grabbed her sincere heart. “I’ve lost people in my family from cancer. My mom has cancer. It is on my husband’s side of the family. This gives me the added fire to want to help others.”

If you or anyone you know has had to wear a wig because of cancer, then the benefit of Christal’s work will be recognized instantaneously. First of all, a customized wig made to fit one’s head may cost $4,500. That is on the low end. Recognizing the financial agony, Christal alleviates the patient’s wallet by making medical wigs for free. Therefore, all extra funds can go towards chemotherapy or other medical costs. “I think wig building, for me, is the one thing I can do to help. So it is the one thing I go to.” Christal adds, “A bad wig is a billboard to ask questions. The wig choice ultimately helps them wake up in the morning and live life in a normal way.” Christal has an extensive background in wig and prosthetics. But before diving into Christal’s once-glamorous New York City lifestyle working on “Saturday Night Live,” one must understand the intricacy of making a medical wig.

It takes Christal 125 hours to make the wig. There is the head sculpting of the head block which is a replica of the exact head measurements of the cancer patient. The act of tying each hair into place is called ventilating. The ventilating of hair is an arduous task because each hair strand is handtied individually. “You have to make sure the seam placement dances around the scars and the wounds so there is more comfort,” notes Christal. She also uses a silicone gripping system. The benefit of the silicone is the flexible material shapes perfectly to the head. No painful, maddening adhesives have to be used to keep the wig in place. “There is a stretch grown material, so hair can grow underneath while wearing the wig. The wigs can be washed and the hair will most likely fall right back into place.”

Making wigs has been Christal’s forte for years. Her skillset was quickly recognized on “Saturday Night Live.” When Christal first began working on the show, the regulars were Amy Poehler, Tina Fey, Jimmy Fallon and Tracy Morgan. By the end, Christal was working regularly for Andy Samberg, who has been credited with starting SNL’s digital shorts. Digital shorts were pre-taped and used to fill air time in between live skits. Who was there for all the digital shorts? Christal.

She saw many stars come through the building, but some of the ones that have created a hallmark memory were some of the old school comedians. “The ones that really struck me were Chevy Chase, Steve Martin and Dan Ackroyd,” beams Christal. Being that her husband is a musician, the singers were impactful as well. “Elton John — being able to meet and do Mick Jagger’s hair and to be stage side for Paul McCartney. The show is so fast paced. It’s magic. It really is.”

By 2012, Christal had won an Emmy for her work. She had been at the Emmy show in L.A. and had been asked to do hair there. “People kept coming up and high-fiving me. I was working the show so I did not know what was going on, until I finally realized we had won an Emmy,” Christal laughs. By 2012, Christal and her husband, Merek, had also had their first child, Marlowe Wolfgang. Christal had also been called by UNCSA and been asked to teach at the university. She worked full-time at both jobs. Commuting one week to North Carolina and the other week to New York. Eventually though, by May of 2013, Christal and Merek were pregnant with twins, Caleb Marshall and Luka Martin. The couple decided to leave the city to raise their family in the suburbs of the Tarheel state. “I began teaching full-time and pulled away from SNL. It was very sad, but I knew it was the right decision for my family.”

Christal kept her New York ties and takes her students up to New York when they graduate. As a result, some have received internships and work opportunities. “There are a lot of misnomers about New York. It was the right place for me but it is not for everyone. It is fun to introduce the up-and-coming artists to people in New York. The relationship has evolved. It is lovely to still be a component.”

At UNCSA, Christal also created a class that teaches her students how to make medical wigs for cancer patients. She has teamed up with Beth Miller at the Derrick L Davis Cancer Center at Novant. A patient meets with each student and tells them about their specific needs. Then Christal helps teach the students how to make a most comfortable wig for the patients.

In addition to making wigs for the patients, Christal is also holding a hair donation movement on Oct. 15. She is using social media to ask others to be a part of the wacky wig challenge and donate hair. Christal wants all hair types: wavy, straight, permed or dyed. Christal says she can take three inches or more.

Christal says she is so happy to help but her journey has not been without its hardships. “There were moments happening to me in my life,” Christal pauses again as she gets choked up thinking about the family members affected by cancer. “It was evident this was meant to happen to me. I am on my path.”

Our neighbor’s path may be filled with thorns in the thicket, but she continues to drudge on with a giving spirit and a warm soul. What an inspiration.