His own boss: Matt Wright leaves corporate world for job where he can help others 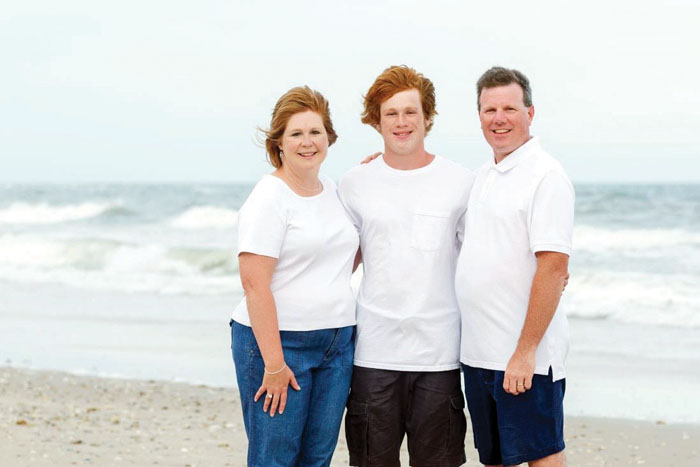 Growing up just outside of Washington, D.C., Matt Wright could not always talk about the details of his mother’s and father’s work. His dad worked for the Department of Defense. His mom was at the CIA. “It made for some interesting conversations at dinner,” Matt smiles. “My dad was in a very charged arena. There were a lot of things he didn’t tell us. He was very married to that job and in that generation, that was normal. Sometimes we didn’t see him for a week or so because he had to work so hard. I could tell that job wore on him.”

As a result, Matt decided to take a different route. He went to Elon University to become a math teacher. Elon proved to be a great choice for Matt for many reasons. It was there he met a bubbly redhead named Laura with whom he quickly fell in love and married.  When it came time to work, Matt did not want to return to D.C. — a big city that could also be a big financial drain. Instead, he and Laura preferred North Carolina, with the slower place it offered. Thus, they both found teaching jobs in the Burlington area.

In 1998, after about five years of teaching, Matt and Laura moved to Winston-Salem to be near Laura’s family. Matt had decided to go to work for Aon Consulting. In June of 1999, the couple had son, Adam.

Shortly after Adam was born, Matt left Aon and began working for Partners National Health Plans (PNHP). He would be there for the next 14 years. At about his tenth year for working with PNHP, Matt saw that change was brewing in the company. Eventually, the company was bought out by Blue Cross Blue Shield. Matt was a systems analyst but decided to get his healthcare insurance license as well. “There was word that not everyone would keep their job or they might have to relocate; and I did not want to move. I did not want someone else deciding our future. So, I took control by getting my license.”

With Blue Cross taking over, management also changed. “I was reporting to people on a regular basis — every six weeks because the manager kept changing,” notes Matt. If Matt wanted to take his career to the next level, supplementary hours would be required. “You were expected to go, go, go — work nights and weekends. I would have to be away from my family. I didn’t want a job that was going to impede on my family time.”

Matt and Laura kept praying about what to do next. At church one day, a friend showed Matt a letter. The letter talked about an agency hiring health care agents. Matt knew the man who was hiring. He had written Matt’s health insurance. There was only one drawback — the job was entirely commissioned-based. The secure paycheck would be gone. “It was a huge leap of faith to go from being comfortable but in a professional environment where I was not happy.” He weighed the security of a regular paycheck against what he saw as a major benefit for him and for his family. “I would be going to a place where I would be completely independent,” notes Matt. “It was a huge risk, but having my friend show me that letter at church, it was a God thing.”

When Matt started his new job as an agent at Blue Bridge Benefits in 2013, he began from square one. He had to build a book of business from ground zero. He recalls the initial time that required a lot of faith and determination. “The first years of starting to build a book of business was really tough on the family financially. But you have to build on the little victories and try to keep believing.” Matt acknowledges that none of this would have been possible without the support from home. “Laura went from being a teacher’s assistant to becoming a teacher again full-time. So she had to be the bread winner. Adam was a young teenager at the time,” recalls Matt.

As for his parents, Matt says they were very encouraging. “Both of my parents knew a long time ago a corporate job would be tough on me. They always thought I needed to be out doing things face-to-face. They have said, ‘You should have made this change 15 years before you did.’ They were both tremendously supportive.”

Six years after taking that leap of faith, Matt says he is unbelievably glad to be where he is today. “I don’t have to ask if I can go to that parent-teacher conference meeting or game with my son. I am my own boss.” Matt loves the freedom his job provides and the control to make as little or as much as he wants on his terms. Plus, he is now in a position to do what he really wanted to do ever since his days at Elon — that is, to educate others. “My business card says agent; but that doesn’t really do it justice, does it? It’s a relational job. It’s a mission. This is my mission to educate people and bring them up to speed on things that can be confusing during a critical part of life. Whether its providing information about Medicare or helping a family with four kids in school and all trying to get health insurance, I educate people,” says Matt. “There have been times where I am sitting at someone’s kitchen table and they are crying because of their situation. I try to help them.”

For many people, trying to understand and make good decisions about their insurance in an ever-changing field can indeed be daunting. For Matt, his background in math and education enables him to make it less intimidating for his clients. It is evident that being able to help in this way has not come without first taking some risk, courage and effort on Matt’s part. However, his desire to stay true to his values and to his talents can be compared to Leo Tolstoy’s belief, “Everyone thinks of changing the world, but no thinks of changing himself.” Matt did. By making those changes at critical junctures in his life, our neighbor is better able to help others. And he does.