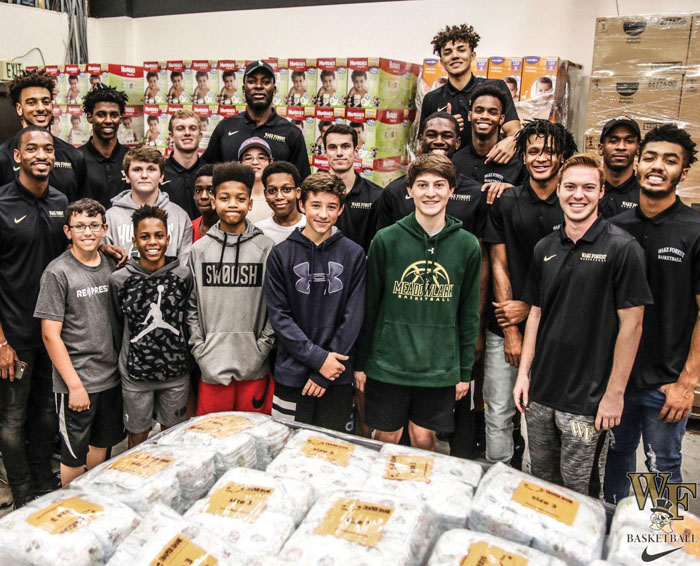 The Wake Forest men’s basketball team and boys from Meadowlark Middle School spent their Saturday afternoon on Oct. 13 in a warehouse where they split into teams to tackle the important task of transforming tall piles of diapers lining the warehouse walls into neat, snug packages containing 25 diapers apiece. According to the North Carolina Diaper Bank, one in three families in the United States struggle to afford diapers. It was noted that without the help of volunteers, it would not be possible to distribute the thousands of diapers that the diaper bank provides to Triad residents each month.

The diaper bank, a Winston-Salem-based nonprofit, provides diapers and other personal hygiene products to families living in poverty to promote and protect the dignity, health and quality of life of Triad residents. The diapers that the Wake Forest men’s basketball team and Meadowlark Middle School boys packed on Oct. 13 will be delivered to families in need.