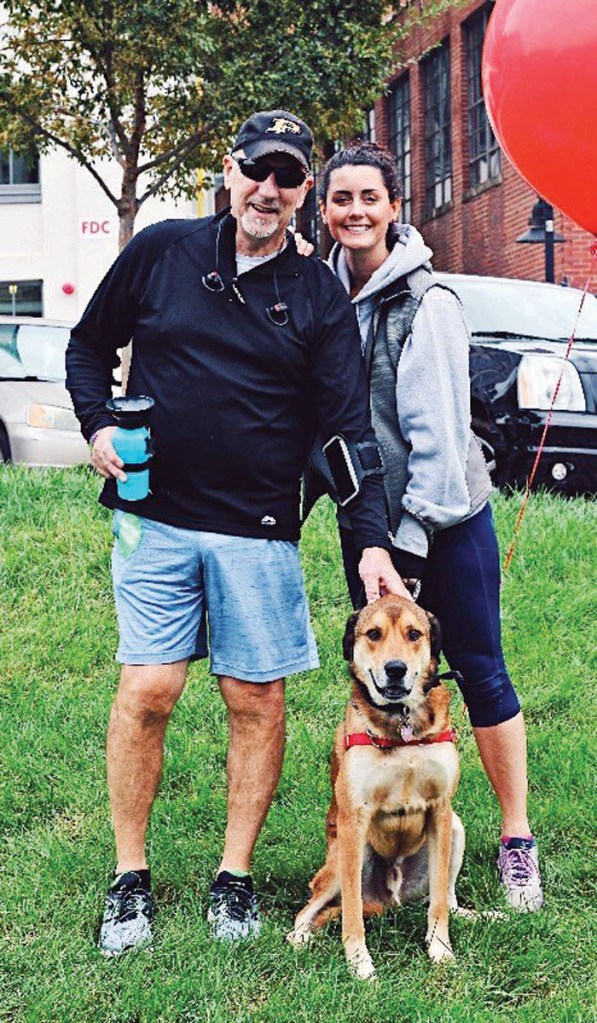 As the vice president of sales for an apparel manufacturer, Dan Obergfell from Clemmons didn’t always make healthy choices — especially when traveling. Just over six months ago, those choices caught up with him.

“I wasn’t eating correctly, still smoking despite several attempts to quit over the years, and rarely exercising. I was on blood pressure medication, but when it ran out, I didn’t make it a priority to see my doctor and get it refilled,” said Obergfell.

Dan was in Bentonville, Ark., on business when he got his own personal wake-up call. “I just couldn’t catch my breath. Carrying my backpack or even trying to pick up a jacket was too much. With every little movement, I lost my breath,” remembered Dan.

His co-workers decided to rush Dan to a local hospital. The ER staff determined that he was in hypertensive crisis and congestive heart failure. After Dan was stabilized, the cardiac team in Arkansas performed a cardiac catheterization with hopes of simply providing stents to correct the problems. However, the team discovered that Dan needed a quadruple bypass.

Obergfell and his wife Vicki were flown back to Winston-Salem where Dan underwent open-heart surgery at Wake Forest Baptist Medical Center. It was discovered during the surgery that Dan had experienced at least two mild (silent) heart attacks in recent months.

Heart disease runs in Dan’s family. He lost one of his older brothers to a heart attack at 46 in 1998 and his oldest brother (a deacon in the Catholic church) had suffered a heart attack at 30 years old and several subsequent heart issues over his life prior to his passing in August of 2018.

Dan’s surgery was successful and with his unhealthy lifestyle and a family history of heart disease, Dan knew he had to make changes. First, after smoking for nearly 20 years, Dan “finally” quit on the spot. He and his family started eating healthier, cutting down on sodium and processed foods and increasing their vegetables and lean meats.

“I had an immediate goal to work towards,” said Dan. “My daughter was getting married on May 5 which was only 18 days after my surgery.” It was a mission for Obergfell. “I had to start walking. I started walking down the road for three houses. Then, I increased it each day. I needed to honor my commitment to my daughter Sarah, and walk her down the aisle at her wedding.” Dan did just that. He also danced with her for the father/daughter dance.

His second goal was walking the 5K route in the Charlotte Heart Walk in September, which he completed.

Dan walked with the Wake Forest Baptist team, which was the top fundraising organization, raising $86,711 for heart disease and stroke research and prevention education. Of the funds raised, a lot of comes back to our community. Currently, five American Heart Association funded research grants are currently underway at Wake Forest Baptist Medical Center and UNC Greensboro totaling more than $1.2 million.

Over 5,000 people attended the Winston-Salem Heart & Stroke Walk on Oct. 14 at Bailey Park, raising more than $500,000. Sponsored by Wake Forest Baptist Health and MedCost, the Winston-Salem Heart & Stroke Walk raises funds for heart disease and stroke research and prevention education in our community. Funds are still being collected through Nov. 16. To donate, go to www.winstonsalemheartwalk.org .