ATF offers reward up to $5,000 in convenience store robbery, arson and attempted murder 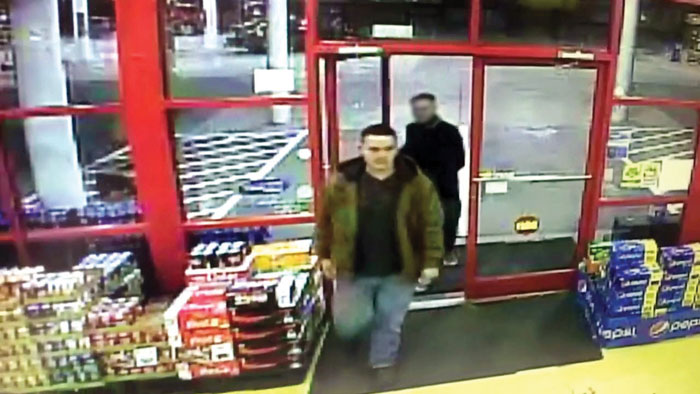 Surveillance footage of two suspects who police say robbed a Clemmons convenience store and set the building on fire with an employee locked inside.

CHARLOTTE — The Bureau of Alcohol, Tobacco, Firearms and Explosives (ATF), is offering a reward of up to $5,000 for information leading to the arrest and conviction of the suspects responsible for a convenience store robbery, arson and attempted murder in Clemmons.

On Oct. 20, Forsyth County Sheriff’s Office deputies responded to a robbery at 6641 Styers Ferry Road in Clemmons. Lewisville Fire Department also responded to the scene for a reported fire. The fire department arrived on the scene first.

When deputies arrived, the fire department informed them they discovered the business was burning while one male employee was locked inside. The employee was successfully removed from the burning building and the fire was extinguished.

The employee told deputies that two unidentified white males armed with a handgun robbed the store. During the robbery, they forced the employee in a back room and bound his hands and feet. Prior to departing the crime scene, the suspects threw diesel fuel throughout the store and set it on fire. The suspects were described as two white males, one in his 60s, 5-foot-6 to 5-foot-8, and the other in his 30s.

Both suspects remain at large. The suspects should be considered armed and dangerous.

Tips may be also be provided to Forsyth County Sheriff’s Office Crime Stoppers at 336-727-2800.

After the Final Bell: West sophomore excels in music…