Building a team through hard work from defeated to undefeated 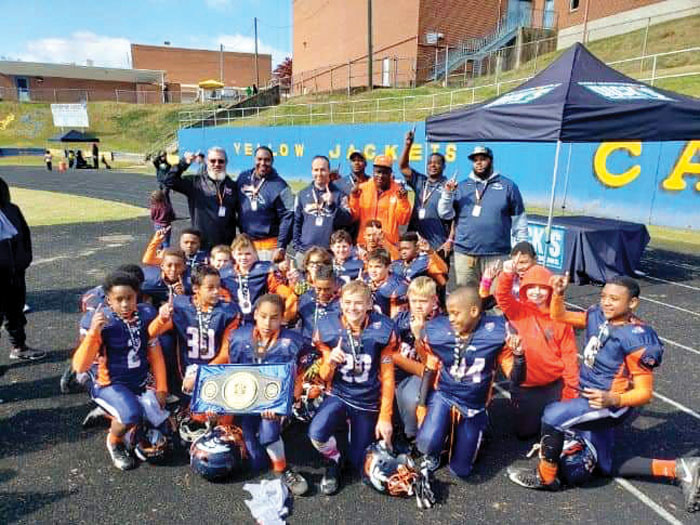 It was the city championship game of the season Sunday morning for the PYFL Forsyth County Broncos Jr. PeeWee (JPW) Team. The Broncos’ JPW team is unbeaten and has been able to consistently hold their opponents to zero points game after game. Although the team has a perfect season thus far it is truly a story of growth through hard-work, dedication, willingness and determination the JPW Broncos have earned their success.

The Broncos head coach Selester Stewart said, “I am proud of the kids’ hard work and dedication. I am extremely grateful for the trust the parents put into me to keep their children safe while teaching them the game of football. I am thankful for all of the assistant coaches and our invaluable team mom. Without us all working together as a family, the level of success that we have experienced would not have been possible.”

Most of the Broncos JPW team played football together last year with a different coach and they had a record of 0 -8. However Stewart and his assistant coaches has successfully built a championship team. They have cultivated the talents of the team and taught the players how to be great in opposition. Their motto with the boys is “hard work pays off” and for these Broncos it has indeed. Next week the team faces the state championships with an 10-0 season thus far.