Your Neighbor: Passion for compassion: Celine Bongaerts provides clients therapy from the comfort of their own home 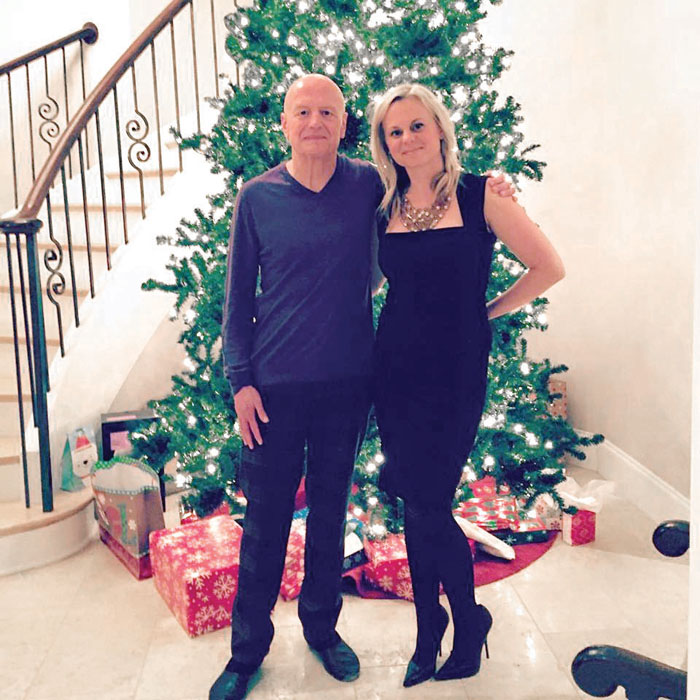 Celine Bongaerts and her father Bill

All her life, Celine Bongaerts has observed how other cultures weave in and out of each other like a perfectly woven tapestry. Born in Belgium, Celine moved to Connecticut when she was five. Learning English in school, Celine grew up with her parents speaking in Flemish and French. English was her third language, although there is zero hint of an accent today.

“We don’t celebrate Thanksgiving in Belgium and we are very used to having family around,” Celine notes about the cultural differences between here and another continent. “It was hard because the kids would call me an alien since I was registered as one,” says Celine. “Culturally, if we go to someone’s house, don’t make yourself at home. Don’t ask unless offered. It was different because I would go to friends’ houses and they would say, ‘open the fridge and grab whatever you want’ and I would hesitate to grab what I would want.”

In 1995, Celine’s family moved from Connecticut to North Carolina. As a sophomore in high school, Celine once again was able to see a cultural difference within the United States between the northern states and the southern states. Therefore, when she went to Appalachian University (ASU), Celine found herself gravitating towards psychology as a major. She also went to graduate school at ASU. “I went to school for psychology because I wanted to know what motivated people and answer the ‘why’ behind each behavior. The human brain fascinates me.”

Celine attended a retreat in which she was taught about addiction. However, it was focused on how Native Americans treat addiction. “They had a completely different take on addiction than what we were taught in school. A lot of the healing that takes place comes from how they connect back with their cultural roots. Instead of using the 12-step program, they use their culture to fight addiction. It opened my eyes.”

Face-to-face therapy sessions with children were how Celine spent a lot of time early on in her career. “People think their feelings aren’t valid and one should be able to handle it all. But you cannot get through it alone. Having a community and support is important because you can’t always get through it on your own.” Celine also worked in a crisis clinic where she did telemental health, which is video counseling. The patient can stay at their house and in their pajamas even. Celine saw it to be very beneficial.

After working in the field for a long time, Celine began to have her own health problems. She had two eye surgeries because of a disease in her cornea. “There were complications. I didn’t feel comfortable driving even though it is completely legal to drive with one eye. It was hard to depend on others. If I didn’t have my mom or whoever, I would probably have to pay for a cab. It became extremely apparent for me it was time to start my own business.”

Celine began Wellness Counseling. It is telemental therapy and everything is done over video. She uses a site that is completely encrypted. Privacy is of utmost importance to Celine. She is able to give her clients help who have time constraints and cannot take the time to attend another appointment. They can talk to Celine on their own couch at home. As a result, there is also a higher level of autonomy because the client does not have to worry about running into someone else in the lobby.

Celine understands the demands of life because she has had to make life work with her own occasional health restrictions. “Due to my own health issues, it is a great work/life balance. If something happens, I can make up my own schedule and take breaks when I need to.”

The reason Celine so enjoys what she does is because of how well people are able to cope with really tough issues. “I am amazed by people’s resiliency. Some have been through so much in their lives. When they open up to you, it is a trusting relationship. It may take years to open up, but when they do, it warms my heart. I love being able to support people.” Celine admits that sometimes the therapist is the only person in a client’s life who can help. “They do the hard work, I am a vessel for it.”

Our neighbor managed to turn her passion into compassion for others. As Michael Jordan once said, “Some people want it to happen, some people wish it would happen, others make it happen.”