Your Neighbor: Gridiron great: Ryan Mihalko has a passion for working with kids 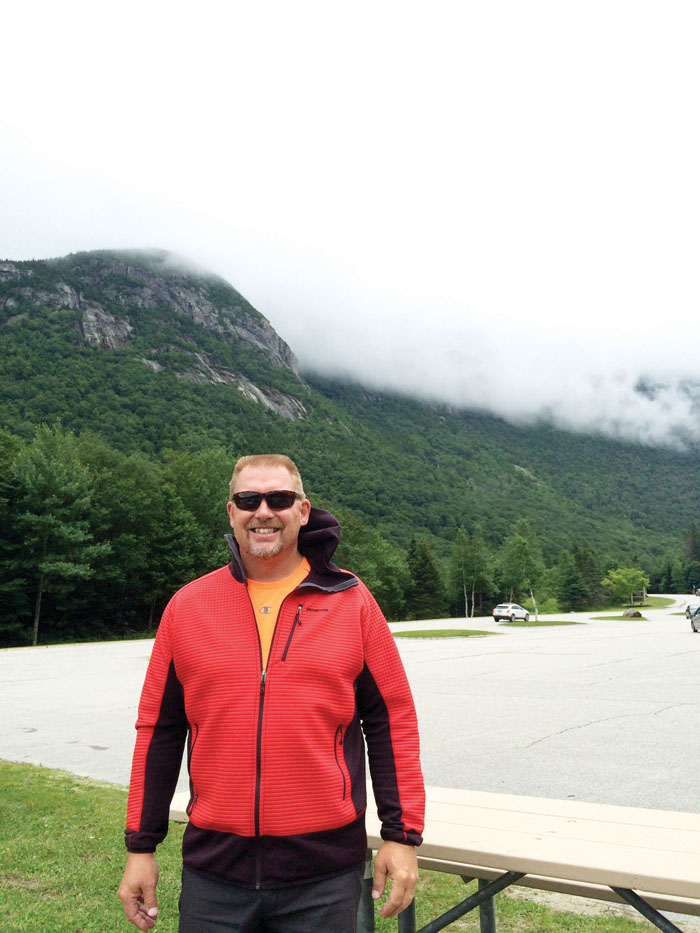 Anyone interested in finding a Notre Dame football card of Ryan Mihalko can search the net and order it online. If anyone is interested in getting Mr. Mihalko’s autograph, he or she does not have to travel to Indiana to get the signature. Ryan is raising his family right here in the Triad. Ryan moved here in 1998 when his wife got a job at her alma mater, Wake Forest University. But before moving to North Carolina, Ryan enjoyed quite an athletic journey, which likely accounts for his interest in inspiring children to have the same.

From a young age, sports were prevalent in Ryan’s life. He was the third of four boys. His father was a coach and his mother had an unmatched enthusiasm for life. They lived down a dirt road on a lake in New Hampshire. “I always liked to be outside, whether shooting baskets, fishing, or what have you,” recalls Ryan. “Kids often get into different activities because of their peers. I was always kind of a big kid so I had to play with kids who were older. That was fine by me, I was just playing the game.” By seventh grade, Ryan was playing football with people three and four years older. In high school, Ryan played varsity football. At 6-foot-2 and 230 pounds, Ryan dominated the field. From sophomore to senior year, Ryan led the area in scoring. He was heavily recruited for colleges. Three illustrious choices he had were Boston College, Duke University and Notre Dame. He went with the Fighting Irish.

At Notre Dame, Ryan played football and also threw the javelin for the track team. His sophomore year at Notre Dame, the Irish won the national championship. “Almost everyone I played with played in the NFL. When I was a youngster, I wanted to be in professional football; but after Notre Dame, I decided to go in a different direction.” After college, Ryan went to the University of Illinois as a grad assistant, taking the role of interim coach. He received his master’s at school and also received real life lessons as a coach. Ryan assisted the Illinois football coaches, broke down films, and contemplated if a college coaching career was right for him. It was also in Illinois where Ryan met his wife, Shannon. Shannon and Ryan knew that if Ryan continued coaching at the collegiate level, there would be a lot of moving. “I enjoyed all of it except the prospects of relocating your family every three to five years. That didn’t really appeal to me,” Ryan adds.

As a result, the couple followed Shannon’s job to Pennsylvania State, where Shannon accepted her first job as a professor. Two years later, they came to Winston-Salem where Shannon took a position at Wake. Ryan coached football and track at West at a time which also coincided with Chris Paul’s freshman year there. Then in 2001, Ryan was offered a position as athletic director at Summit School. He did that for ten years and then transitioned to full-time P.E. teacher. He also coaches football, lacrosse, and basketball at Summit. A constant in his career is that the kids adore Coach Mihalko, as they all call him. Adore may even be an understatement. With his general interest in the well-being of children, it is easy to see why. “I love when there is laughter. I love when kids can be themselves. When a child can be themselves around you, I think it gives them the opportunity to grow,” says Ryan. “I am also fortunate I get the kids year after year. So, they get to know us a little better because it is not just a one-year snapshot.”

Perhaps it is because of the people who had a hand in Ryan’s formative years that he is able to appreciate the importance of his own place with children. Ryan’s high school football coach, Brian O’Reilly, had been one of Ryan’s most influential role models. “He was a teacher of life values and hard work,” Ryan notes. “He will always be my coach, but is now a great friend as well.” Ryan likes to share the lessons he has been taught with a new generation of kids. “We want all of our kids to be successful, but what does that mean? The kids will find their own little niche of things. You don’t want the kids to be cookie cutters either. We teach them to think within the limits. I am very happy that at Summit, we are able to teach them to be thinkers.”

As Ryan knows, with sports and in life, there are bound to be ups and downs. Happiness can dart in and out, but it is important to always put your best foot forward. “You try to put things in perspectives for the kids. Winning is fun and we can’t win them all. I just ask you to try your best. Your best might not always be your best, but it is your best that day. At the end of the day, you can look yourself in the mirror while brushing your teeth and be proud you gave it your all.”

Ryan’s outlook can be likened to a quote by the great Notre Dame Hall of Fame football coach, Lou Holtz who said, “I follow three rules: Do the right thing, do the best you can, and always show people you care.” In a time when our country can seem so divided, we are lucky to have our neighbor so willing to share his time, talents and honorable philosophies with our children, the people who are our future.