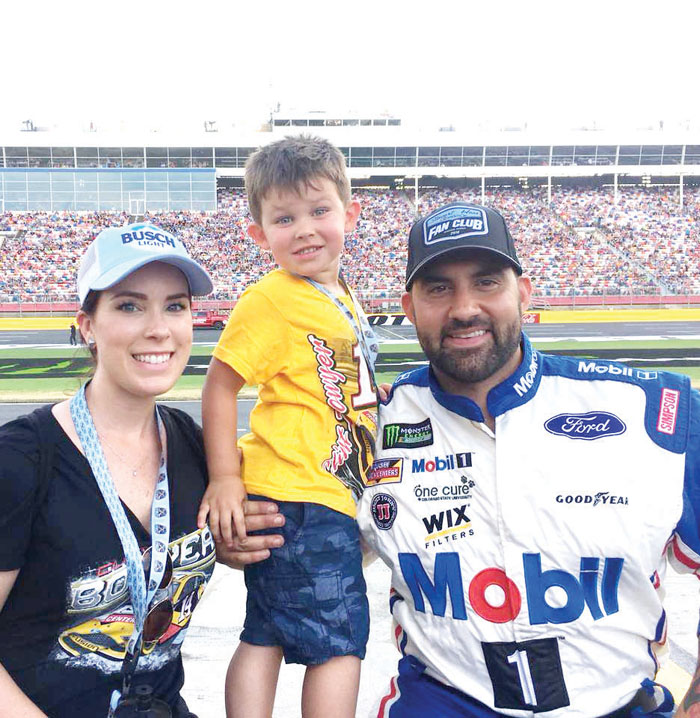 It can often be the case that many of us remember having strong likes and dislikes beginning at a young age. By the time we have reached high school, some of our propensities may have developed to the extent that some tasks may seem boring or hard, while others may feel exciting or interesting. School can be a place where talents and interests are nurtured. Such was the case for Nicole Ducouer. Nicole, who grew up right outside of Pittsburgh, developed her niche for news in high school. She recalls how her school was particularly suitable for her. “My high school really promoted students to get involved with television and print media.”

By the time Nicole attended West Virginia University, Nicole thought she wanted to be a producer. However, her professor saw Nicole’s potential in front of the camera and encouraged Nicole to audition for an anchor position. “I liked being in front of the camera, the pressure, the adrenaline rush and I found out I was good at it.” While her professor saw potential, she also saw flaws that could be a deterrent to her student’s aspirations. She pulled no punches when she gave advice to her students that was intended to be constructive criticism. “College was a great learning experience. Our professor was incredibly blunt. ‘You are not dressed for a part.’ ‘You need to cut your hair.’ ‘You are not going to make it for these reasons.’ It carved a really good path for me,” Nicole says.

Nicole’s professor ended up liking her work so much that she recommended Nicole to a local station where the professor’s husband worked. Nicole got a job as a weekday reporter and weekend anchor. It was an especially good opportunity because she would be gaining experience in two different positions. Thus, if Nicole wanted to move up in the news market, she would be more marketable, having worn more than one proverbial hat. Still, her first job did not come without its hardships.

“I covered an area that was 45 minutes away from the station. I had to shoot all the video myself in the rain and storms and whatever. I would stop at a Sheetz gas station and have a sandwich in one hand and be writing my story in the other hand while driving 45 minutes back to the station,” Nicole recollects. After three and a half years, Nicole decided it was time to see where else she might spend her talents. She sent out 40 resumés. WXII was the first to call. “It was supposed to be a three-year stint, but I stayed here for 13,” Nicole says with a laugh. Nicole started as a morning reporter, but quickly moved to the morning anchor position.

During this time, Nicole’s personal life took a nice turn when she found her future husband, Josh. He was involved in NASCAR. He was also from Pittsburgh, and the two bonded over their love for the Steelers. The coincidences were surprising when they thought about them. “Our high schools probably played each other in hockey,” Nicole recalls. However, there were some differences between them. Nicole knew nothing about NASCAR and Josh never followed local news. One thing they could be sure of — Nicole wasn’t dating him to vie for pit passes and meet NASCAR drivers. Josh was not dating Nicole because of her local celebrity status. These seemed to be good differences. Before long, the two decided to get married.

Establishing their new life took some adjustment. For five days a week, Nicole would wake up at 2 a.m. and tiptoe around quietly, trying not to wake up Josh. But having Josh as a partner, also meant she had a sounding board. “The morning show was fun with fun people,” says Nicole. “I was talking to my husband one night and I said, ‘I want to do more with the show, what should I do?’ He said, ‘Why don’t you do fun dares?’” Thus, a new segment was added to the morning show line-up. “Dare you Ducouer” was the name of it. “I cleaned porta-potties, raced down the drag strip at zMAX. It showed a different side of me.”

Nicole decided to cease the dares once she became pregnant. She also decided, after eight years of waking up early, she wanted a chance at the evening anchor spot. Transitioning to the evening anchor position proved natural. Moving into motherhood turned out to be more challenging. “When I had my baby, I had postpartum anxiety,” Nicole says. “I could control my career, but transitioning into no control, no sleep, was hard for me. My husband handled it really well and was an awesome super dad right off the bat.” Nicole called her doctor for advice. Her doctor recommended that Nicole enlist the help of a really good friend who could come over and help take care of the baby. Next, she recommended Nicole get more sleep. “She said, ‘You need to take some sleeping medicine.’ I don’t even take Advil unless I have to. But I was desperate. When I woke up, I had a conversation with myself and said, ‘You are a new mom and you need to suck it up buttercup.’”

The situation was quite literally a wakeup call for Nicole. “They don’t tell you about mom guilt. They don’t tell you about how your life changes and you have to accommodate your new life. My doctor told me that career women often times have the worst time transitioning to motherhood because they are so used to being in control. When you have a baby, you lose control.” Nicole says that she if could go back and talk to her pregnant self, she would let her know that life would be getting really hectic and that is OK. “Just relax and let it happen.”

Nicole had imagined her children would be empowered by her career and the example she set. However, her son at two years old did not care about seeing his mom on the television. He just wanted to be held in her tender care. At the same time, Josh worked his time-consuming NASCAR schedule. The family felt like they were crashing. The two were used to not seeing each other for long stretches. More was riding on their relationship now, however. They had a son, and becoming a family unit was a top priority. Nicole recalls that time, “I wasn’t seeing my husband. I wasn’t tucking in my son at night. I was exhausted when I woke up with him in the morning. That was when I realized the quality of motherhood mattered so much more. But I didn’t want to leave the news for just anything.” Nicole began to pray.

Then one day, her prayers were answered with a simple email. It was a memorable time because it was also the week the famous pastor Billy Graham died. Nicole remembers pulling into work and sitting in her car checking emails. She had been on the board at Industries for the Blind Solutions (IFB) for the last two years and was now helping them come up with a job description for a new social media coordinator. “I shot stories at IFB for over ten years. I was always drawn to this place. For three years, I prayed for a career change. I wonder if God was telling me to stick with this place (IFB). It will save you.” The sender of the email Nicole received that one fateful afternoon half-jokingly suggested that Nicole be the one to fill the position. “I felt like God was answering my prayers. I responded, ‘If you are serious, we need to talk.’” Nicole took the job at IFB, then told her boss at WXII. “They were supportive and gave me a month to say my goodbyes, which I will always appreciate.”

These days, Nicole drops her son off at school every day, and is home by 5:30. There is an IFB event coming up Nicole is especially excited about. “On Dec. 9, IFB will hold Santa’s Showdown, a race covering 2.5 miles — since Christmas is on the 25th. People will either be assigned as an elf or as a reindeer. Thus, either the reindeers win or the elves will. You run the route of the parade and then get to stay and see the parade,” Nicole says with cheer. “What is exciting about events like these is that IFB has given me an opportunity to bring my family into things like this. Our family gets to help support an event that is spreading the word about a nonprofit that helps people who are blind or visually impaired to find independence.”

While it is likely to be crisp and chilly then, it sounds like the event will be a fun success. Seeing where one’s life may go can also sometimes be as easy to forecast as the weather. Clear on some days and hazy on others. While our neighbor knew at an early age she wanted to be a part of the news, she likely could not have anticipated she would end up spreading the news of such an important nonprofit. Clearly, though, she has managed to steer her path in the direction of her natural abilities.

To join Nicole for IFB’s race on Dec. 9, register at https://ifbsolutions.org/events1/ifbrace/

Your Neighbor: Gridiron great: Ryan Mihalko has a passion…