Your Neighbor: Giving back: Family gets involved with hospital after treatment 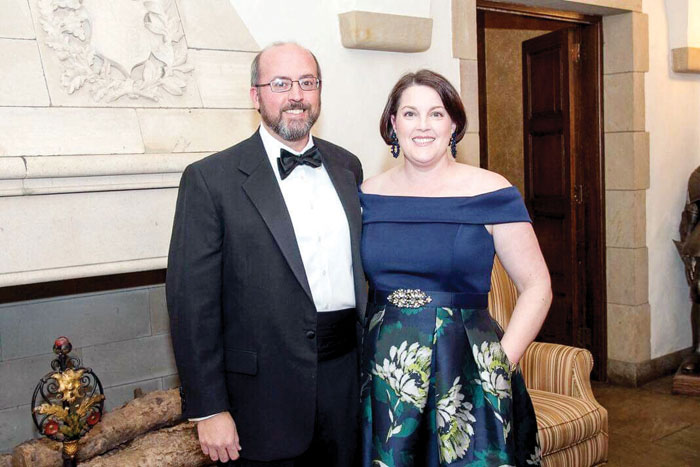 If it was 1621, Elizabeth Marley might be one of the colonists you see scurrying around to make sure the Native Americans felt welcomed at the Thanksgiving feast. If it was 1924, Elizabeth would likely be the first one to volunteer for the Macy’s parade committee to help the famous balloons eventually float into Macy’s Herald Square. But lucky for us, Elizabeth has been born and raised in the Triad during our era. So it is here where her giving spirit resides. Of course, the spirit of giving is innate but can also be taught, especially by a little girl’s parents.

When Elizabeth was four years old, she got an E. coli infection. Her older brother, Jonathon, was not affected, nor were her parents. But little Elizabeth was very sick. The local pediatricians had a hard time diagnosing it and so Elizabeth was sent to Baptist Hospital. At Baptist, the official diagnosis given to Elizabeth was a condition called hemolytic uremic syndrome (HUS). It can cause kidney failure. Therefore, Elizabeth was at Baptist for a month on kidney dialysis. “I remember some parts. I remember being scared,” Elizabeth recalls. “But those doctors were amazing and I have been back to thank Dr. William Lorentz Jr., the doctor who cured me.”

After such a traumatic experience with a daughter, a mother may want to run the other direction and never step foot in a hospital again. But for David and Susanne Blanco, they wanted to become involved even more. Elizabeth’s parents realized there was a need at Brenner’s for volunteers, fundraising, and people who supported the mission of helping children. The couple connected with Susan Kennedy who provided Vanderbilt’s history of forming their Friends group. With Susan’s guidance, Friends of Brenner was modeled after the same basic principles. Elizabeth’s mom, Susanne, was named by the board as first president. She was then reelected to serve as president the second year. “My mom and dad were so involved because they felt so grateful that I had been cured and was healthy again. They wanted to help and give back to all the people that had made their little girl well,” says Elizabeth. Friends of Brenner still exists today and is a substantial ingredient to the success Brenner’s Children Hospital has seen over the years.

Seeing her parents be so influential, Elizabeth, has volunteered at the hospital ever since she was a young teenager. And while she moved away for college when attending East Carolina University, Elizabeth returned home shortly after graduation because there was bad news in the family. “My mom wasn’t well. So I wanted to be home and closer to her.” Upon moving back, Elizabeth became involved with Brenner once again. She has helped with Festival of Trees, Cheers — A Toast to Children’s Health, and distributed holiday cards and Winston-Salem A-Z books, just to name a few. “I think I have a problem with saying no,” Elizabeth laughs about her goodwill.

Someone Elizabeth couldn’t say no to was Jason Marley when he proposed. He and Elizabeth reunited when she moved home to be close to her sick mom. The two had been friends since Elizabeth was 15. Elizabeth and Jason’s parents were all very close friends. Jason’s family also had a health scare when Jason’s mom, Beverly, was diagnosed with skin cancer. “Beverly was told she would not live to see Jason’s 30th birthday,” explains Elizabeth. “But she did. She is fine and still here today.” As a result, Beverly has been involved in supporting various cancer programs. Additionally, Elizabeth has too. She helps out with Winterlark for the Cancer Patient Support Program which is a fundraiser to help cancer patients. “It was important to Beverly and I love her so I wanted to do something equally as important. There are so many people affected by cancer.”

By 2008, Elizabeth was ready to start a family of her own. There was just one problem. She and Jason could not get pregnant. Finally, the couple had to turn to in vitro fertilization (IVF). The process was long and painful both emotionally and physically. Then, in 2010, Elizabeth suffered another blow. Her mother, Susanne, passed away. “Yeah, that year — it was a lot to deal with. I couldn’t get pregnant. I lost my mom.”

Instead of wallowing in self-pity, Elizabeth continued to throw herself into work but also giving to others. In addition to the working with cancer patients and Brenner’s Children Hospital, she also joined Senior Services Evening for Alzheimer’s, and Garden Club Council of Forsyth County. The garden club promotes the beautification of Forsyth County, recycling, and has been in existence for more than 80 years.

A year later, there was perhaps a special guardian angel looking over Elizabeth, because she got pregnant with a little girl. “The IVF process was really expensive, but obviously worth it because we have Chandler.” Chandler loves playing with her three cousins who all live in town. “It’s fun having my brother’s family here. My nephew tried to pull out Chandler’s tooth this past weekend which is hanging on by a thread but Chandler just couldn’t let him do it. None of us are allowed to touch it,” Elizabeth laughs.

Susanne has not been here to meet her grandchild, Chandler. However, Susanne did pass on something to Elizabeth to give to Chandler. Every day, Chandler gets to see Susanne’s personality because Elizabeth is just like her mom. Both are bubbly. Both have never met a stranger. Both are positive with huge hearts. “She wasn’t Mary Sunshine, but she tried to have a positive attitude and make the best of any situation. And,” Elizabeth laughs, “She was just real spunky.”

About her continuous commitment to help others, Elizabeth says, “There are so many others who do so much more than me,” Elizabeth humbly says. “Sometimes you can’t always write a big check but you can give your time and be a part of something. It is fun to see an event come to life and know that you are raising money for something good.”

In her spare time, which nearly seems impossible for Elizabeth to have, she takes care of her daughter, Chandler. She, of course, volunteers for all of Chandler’s school events and is a very involved mother. “I always wanted to be the mom around after school. My mom was. She was off doing volunteer committees and things of that nature, but she was always there to help us with homework, make a snack or just be around for us.”

During this time of year, our holiday is filled with holiday parades, turkey, and pumpkin pie. Nevertheless, it is important to appreciate the Elizabeth’s of the world, who choose to turn hardships into opportunities of giving.