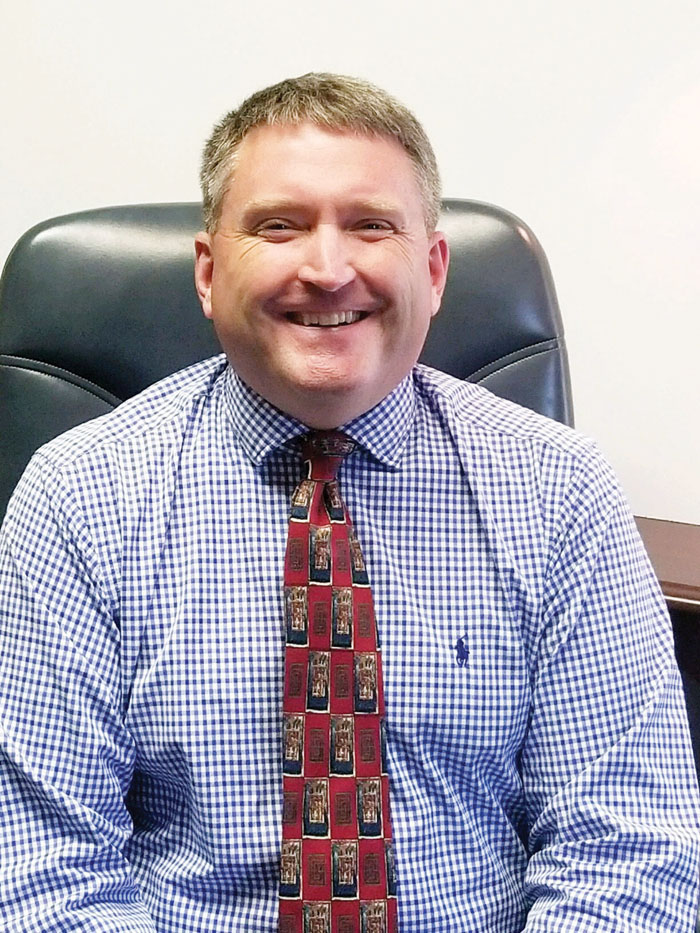 Growing up under the Ronald Reagan administration, Britt Perkins became interested in politics from a young age. “I loved Ronald Reagan and think he did a lot for the country. I entertained the idea of going to law school but didn’t after taking the LSAT,” says Britt. In addition to politics, Britt had a love for animals. While raised in Statesville, Britt often had cats and dogs at his house, which he delightfully played with and took care of.

Britt majored in political science and had a minor in English at North Carolina State University. “I love the Wolfpack. I am going to die red and white!” Instead of going into politics after graduation, Britt decided to go into the family business after college. He began working at AdSign. The company makes signs you see displayed on billboards, churches or restaurants. “That is my vocation. I help people advertise their business.”

Britt, however, could not deny his love for animals. So while living in the apartments across from Tanglewood, Britt decided to get a puppy. “This is a true story,” Britt smiles. “My wife was living at the same apartments and saw me playing with my puppy the first day I got it. She came down to pet the puppy and we started talking. We got married a year later.”

It is no surprise the two bonded over the love of animals, because in 2001 the furry friendly family decided to move out to Davie County and buy a small horse farm. “We have all sorts of animals. We have a good number of cats and dogs. I have always loved animals which my love has grown even more. I have always been a dog guy, but I like cats. We have one inside cat and two barn cats. We have one cat that visits us who we feed in the morning,” Britt says. “I believe that companion animals make our lives so much better. They are wonderful. That’s why I am fighting to help save others in my own small way.”

Britt has used his passion and effort in volunteering with the Davie Humane Society. “Our Humane Society — we scratch and claw for every dime possible to help these animals,” says Britt. “There are 2.7 million animals euthanized a year. We have to stop this.” The way to stop this, Britt argues, is to do what other veterinarians are encouraging, to spay and neuter animals to reduce the population. “Since it is not required by law, it allows for a lot of unwanted puppies and kittens to be born. So education is so important for our initiative. Adopting is big, but the key is really education.” Britt acknowledges, he hopes one day to see a law passed where pet owners are required to have his or her animal spay or neutered because it would prevent a lot of puppies and kittens from being euthanized.

The animal effort comes from more than just one person, Britt acknowledges. “What touches me is the commitment of all the people on our board. I love being a part of this group that tries so hard for our four-legged friends. The commitment these people shows makes me want to do more. We fight an uphill battle, but we are going to find a way to remain an organization. We are constantly coming up with new events.”

The next event Britt will be a part of is the Paws with Clause held at Old Nick’s Pub in Lewisville. “We are selling raffle tickets for $10 a piece and you can win a two-day trip to the Biltmore and stay at a bed and breakfast, just south of Asheville. It’s going to be a great event.”

Britt has been known to bring an enthusiastic attitude, whether it’s at a non-profit event, at work, or at home. Britt is always looking on the positive side of life. Perhaps it is all the animals that cuddle around him that make him see the brighter side of life. Whatever it is, he believes it is so important to keep an upbeat attitude. “I believe trying to look at the situation with a glass-half-empty attitude does not do any good anywhere. Jim Valvano, the great coach from N.C. State once said, ‘Don’t give up, don’t ever give up.’ That guy is extremely inspirational. He died in 1993 of cancer. He took a terrible situation and raised hundreds of millions of dollars in looking for a cure,” Britt adds. “Despite all the ridiculous odds stacked against you in life, by golly we are going to find a way.”

During this holiday season, it is jolly to see someone who has seasonal cheer all year long.