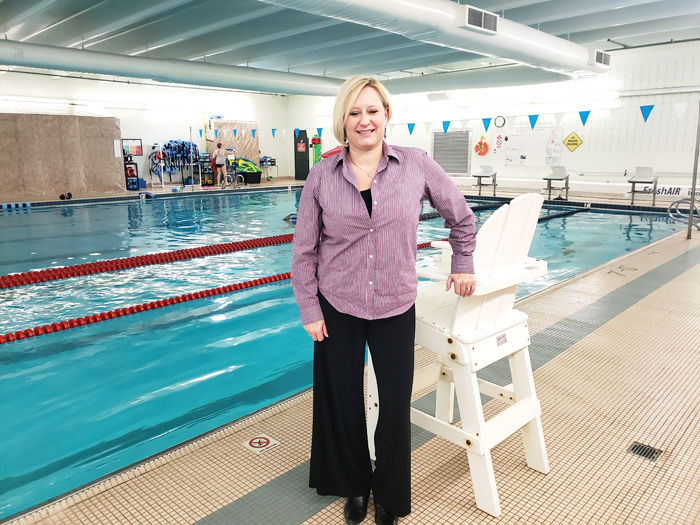 West Forsyth may have lost its biggest fish from the swim team last season, but second-year Coach Sandy Thomerson still has plenty of returning talent to build around for the boys’ and girls’ teams in the 2018-19 campaign.

Tucker Burhans won two NCHSAA 4-A state championships for the Titans in February, winning the 100 freestyle — and setting a new school record in the process — and the 100 backstroke, where he set a new state record in 48.78 seconds in helping the Titan boys finish 16th to close out his distinguished career in which he re-wrote the school record books. Burhans now makes his waves in the pool for UNC Chapel Hill.

“I was so spoiled in my first year to have a double state champion,” Thomerson said. “The great news is, we’ve got a lot of talented and fast swimmers coming back this year. Even though we lost Tucker, I think we’ve got a group that will be able to score even more points this year in the regional and state meets.”

Thomerson will rely heavily on several returners who all swam in the state championships last year.

Kranis and Watkins are the team captains, and Thomerson said she will count on their experience and leadership as the newcomers adjust to high-school swimming.

“All three of them swam in the state championship last season,” Thomerson said. “Griffin is a really strong swimmer in the sprint freestyles. Justin excels in the 500 free and the breast stroke, and Luke is a really strong all-around swimmer, with his primary events being the butterfly and the individual medley.”

Junior Jack Joram will participate in the diving competitions this season for the Titans.

Thomerson said that she has even more reason to be optimistic about the girls’ team this season.

“This might be the best girls’ team we’ve had in several years with all of the upperclassmen that are returning,” Thomerson said. “There are eight seniors, and all of them are really strong for us. We also have a talented group of freshman girls who have joined is, which really bodes well for our future.”

Seniors Sarah Frisbie and Lizzie Parks were both state qualifiers last season and are strong in the sprint freestyle events.

“Sarah is also a standout in the breast stroke, and another senior, Karly McChesney, does really well in the distance events,” Thomerson said. “And Claire and Kiera can do it all. I’m expecting some big things from all of them this season.”

“I think with the freshman boys and girls we have coming in, things are looking bright as the program continues to move forward for years to come,” Thomerson said.

As always, Thomerson said that Reagan will be the team’s biggest hurdle in the Central Piedmont 4-A Conference, with Reynolds also expected to be competitive.

“Reagan is always one of the better programs in the state, so they are always the team to beat,” Thomerson said. “We’re always trying our best to give them the best competition possible. We’ve got a great, friendly rivalry with them and will actually be doing some joint practices with them towards the end of the month. I’m really excited about what the season holds for us.”

New kid in town packs plenty of punch for…