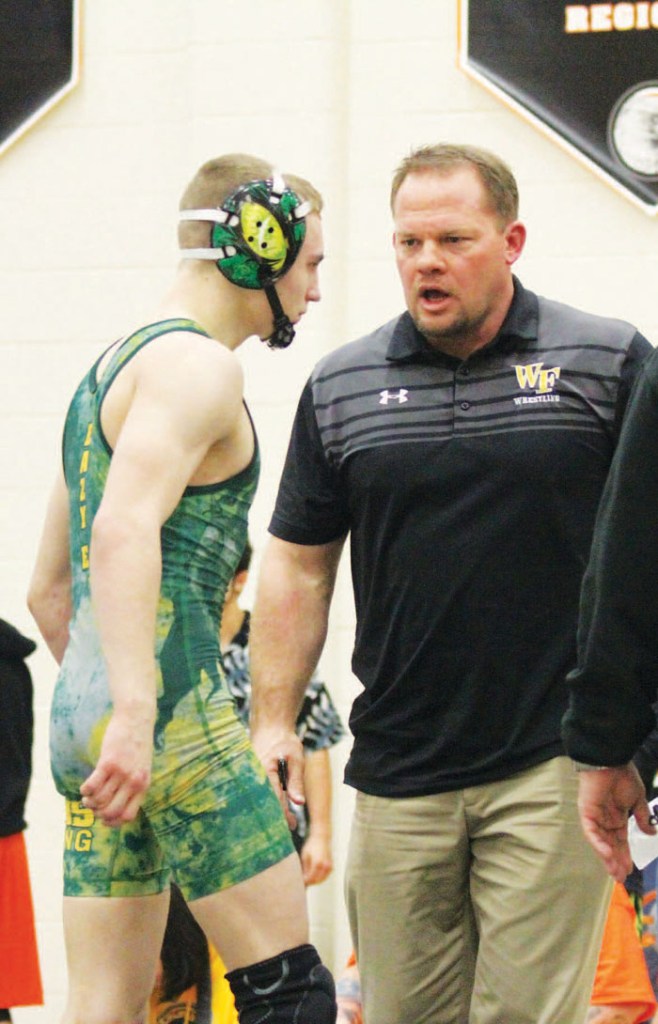 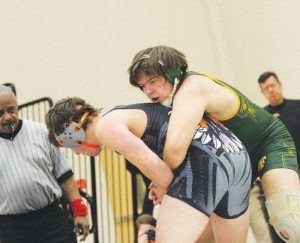 The West Forsyth wrestling team came within a whisker of winning their third straight NCHSAA 4-A dual-team state championship last season in Jason Hooker’s first year as the coach.

West was tied with Cary 32-32 in the state championship before Cary won the final match to pull off a 38-32 win.

Hooker lost seven seniors from last season’s team that finished 25-10. Those seniors had a wealth of experience, but he returns several talented wrestlers who will form the core of a young team this season.

“I think it’s definitely a rebuilding year for us,” Hooker said. “We’re really young. So far this season, I think we have started a different lineup in every match. We have nine first-year wrestlers who are either freshman or sophomores who have been getting some experience in varsity matches. I think if they continue to develop, they can be really good.”

Three wrestlers Hooker will count on to lead his young team are seniors Ethan Wright (132), Andres Perez (152), and Matt Gutierrez (195).

Wright, who finished sixth in the individual state championships at 126 pounds last season, was 16-4 heading into this week’s matches.

Perez, who finished fourth in the state at 145 last season, has won 12 of his 14 matches so far this season, and Gutierrez was 8-5 coming into this week’s matches. Kaden Rogers, another senior who wrestles heavyweight, will also be expected to lend his experience and leadership.

“I expect good things from those three guys and I think all of them have a chance to do well in the state tournament again come February,” Hooker said. “Another one I think will do some great things for us is Kyle Perkins, who is a sophomore and had never wrestled until he showed up for tryouts last year. His record doesn’t reflect his success just yet because he has already wrestled some guys who placed in the state meet last year.”

Hooker is also dealing with several injuries and is hopeful to get some of those wrestlers back at some point this season.

“The snow isn’t helping with anything right now either,” Hooker said with a laugh. “So, we will probably be really rusty once we do get back at it.”

Hooker said that Davie County will be the team to beat in the Central Piedmont 4-A Conference, but feels that his team will be up to the challenge.

“I think top two in the conference is realistic for us,” Hooker said. “Our goals will be to keep improving every day and to get them fully adjusted to a new mindset. Since this is just my second year, some of them are still getting used to how I do things. I think as long as we can continue to make progress throughout the season, things should turn out OK for us.”