After the Final Bell — A year-end retrospective 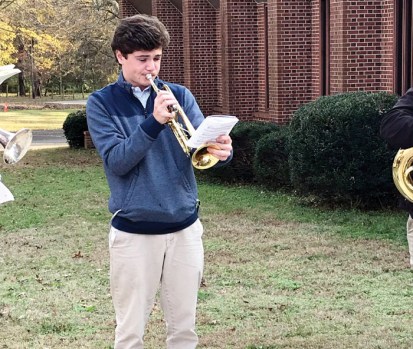 Kyle Sapp composes and performs music for his church and is also a baseball player. 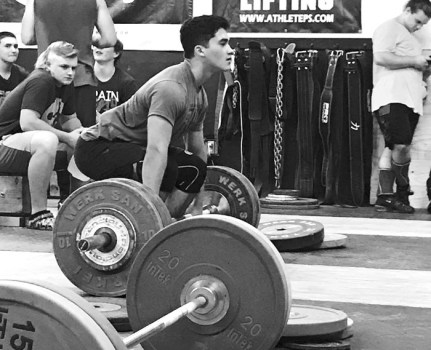 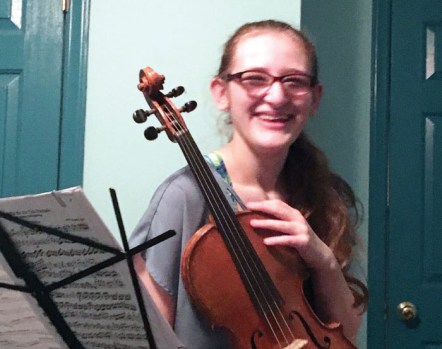 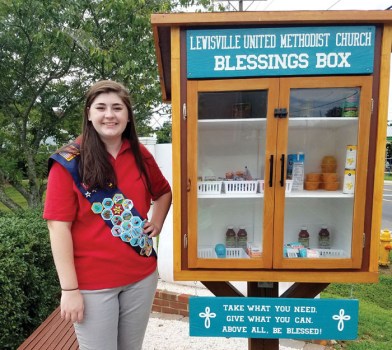 Mary Grace Watkins, a rising senior at West Forsyth High School, has planned and built a “Blessings Box,” a receptacle for people in need to take basic necessities. Submitted photo. 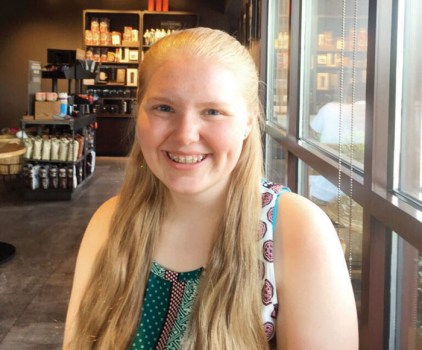 Avery Browning is considering a career as an elementary school teacher. 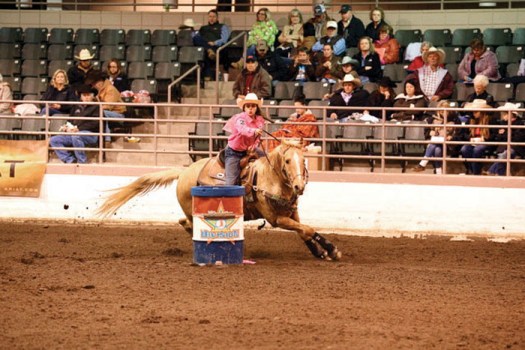 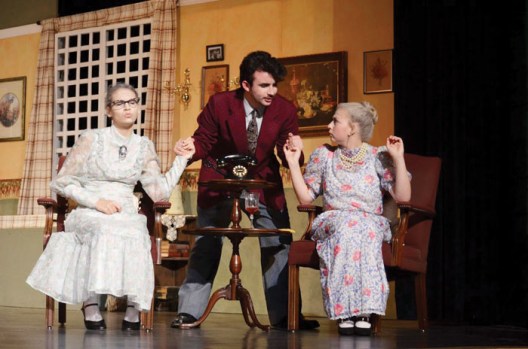 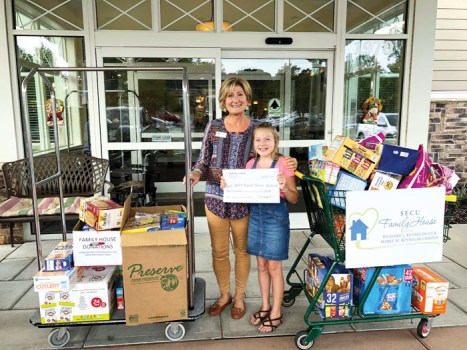 Rachel Seavey organized a fundraiser for the pantry at the SECU Family House. Beside her is Tracy Geiger, development director at the Family House.

When I retired after 40 years as an educator and having spent most of those years in a classroom with teenagers, I felt that I would need a “second career” to fill the void of not working with students every day. My bi-weekly column “After the Final Bell” has nicely filled this void for me as I now have the opportunity to write about young people and their successes outside the classroom.

As was the case when I taught teenagers, I have had the chance to interact in my new career with some amazing young people.  The talents and the unique abilities of these folks is quite impressive.

Since the calendar year is coming to an end, I chose to write a retrospective article about the young folks that I have met since I began writing my column. I will offer some thoughts about what I learned about each of them and the hope that they offer for the future.

In the summer, you were introduced to Avery Browning and Mary Grace Watson. I taught Avery last year and was amazed by her maturity as a high school sophomore. I had learned about her passion for drama and decided that she would be a terrific subject for my first story. Avery has performed in many plays in both the community productions and at West Forsyth High School for the past nine years. She has a passion for young people and is considering a career as an elementary teacher.

Mary Grace Watson, a senior at West Forsyth, was my choice for my next story. As a young lady with a passion for community service, she built a “Blessings Box” at her church as her project to meet the final requirement to receive the Stars and Stripes Award, the highest designation for a Girl Scout. Her project provides food and supplies for folks in need in the local community.

As the school year got underway, I wrote stories about Ryan Grimsland, Rachel Seavey and Meggie Putnam.

Ryan competes all over the country in both CrossFit and weight lifting competitions. He is ranked among the top competitors in his age group nationally in both events. He has managed to maintain a rigorous travel schedule to compete regularly in events all over the country by taking his high school classes online with the North Carolina Virtual Public School.

Rachel Seavey is an 11-year old who completed an amazing service project for the Family House of the State Employees Credit Union. After volunteering at this house that provides a place for the patients of families who are receiving medical care (much like the Ronald McDonald House), Rachel organized a fundraiser that brought in $1,000 in contributions as well as food and supplies for the Family House. Rachel is a student at Meadowlark Middle School.

Meggie Putnam, a sophomore at West Forsyth, has balanced a heavy academic load that includes mostly Advanced Placement and Honors classes with a rigorous schedule practicing music that has helped her to achieve significant success as a young musician. Meggie is a member of the All-County Orchestra, and she has performed with the Winston-Salem Youth Orchestra.  In these roles, she has performed in various venues around the state.

Over the past few weeks as the school year approached the end of the first semester, I have written stories about Sienna Ricciardi, Kyle Sapp, and Grayson Fulp.

Sienna Ricciardi is an amazing young lady who at age 14 has already competed in national rodeo competitions and has established herself as a professional. She has already won numerous prizes as well as $4,000 as a professional athlete. Sienna is a freshman at Forsyth Country Day school.

Kyle Sapp is a multi-talented 14-year old who has excelled as both a musician and as an athlete. He has both composed and performed music for his church, and as a baseball player, he has been on several teams that have competed in regional and state competitions. Kyle has played several positions, but he is used mostly as a pitcher. He is a freshman at West Forsyth.

Grayson Fulp has been involved in both theater and Boy Scouts since he was very young. Now a senior at West Forsyth, he has been in numerous plays and shows as both an actor and as a member of the tech crew. He also recently completed a project that involved repairing and constructing dog beds for the Forsyth Humane Society to complete the requirements for earning the Eagle Scout award.

There is a common thread among all of these young folks that has made them so successful. They have exceptional talent in various areas including theater, music and athletics, but what makes them stand out is their commitment and work ethic.   Many young folks today spend much of their time on social media, but it is unlikely that the individuals that I have featured  are spending much time on Facebook, Snapchat or Instagram.

Another common trait among all of these folks is their level of humility and unassuming nature. While proud of what they have accomplished, they are motivated by intrinsic values and are not seeking recognition. They simply enjoy working to be their best.

Finally, the unsung heroes behind the success of these young folks are their parents. They have committed countless hours for travel to practices and events, and most importantly they have offered ongoing emotional support. A few of them have left their jobs in order to have the time to devote to demanding travel schedules that include daily practices and weekend competitions.

My takeaway from the stories that I have written about these young people is that we adults can celebrate the generation that will be taking our place someday in the workplace and in the community. The news from the high school world is often about tragedies and negative stories such as school shootings and drug abuse, but this negative news should not overshadow the fact that many young folks are on track for successful careers and lives.

They will someday be our doctors, teachers, accountants and community leaders, and as this calendar year comes to close, it is something for which to be most thankful.