Your Neighbor: Giving back: Karen Garrido knows the importance of helping others 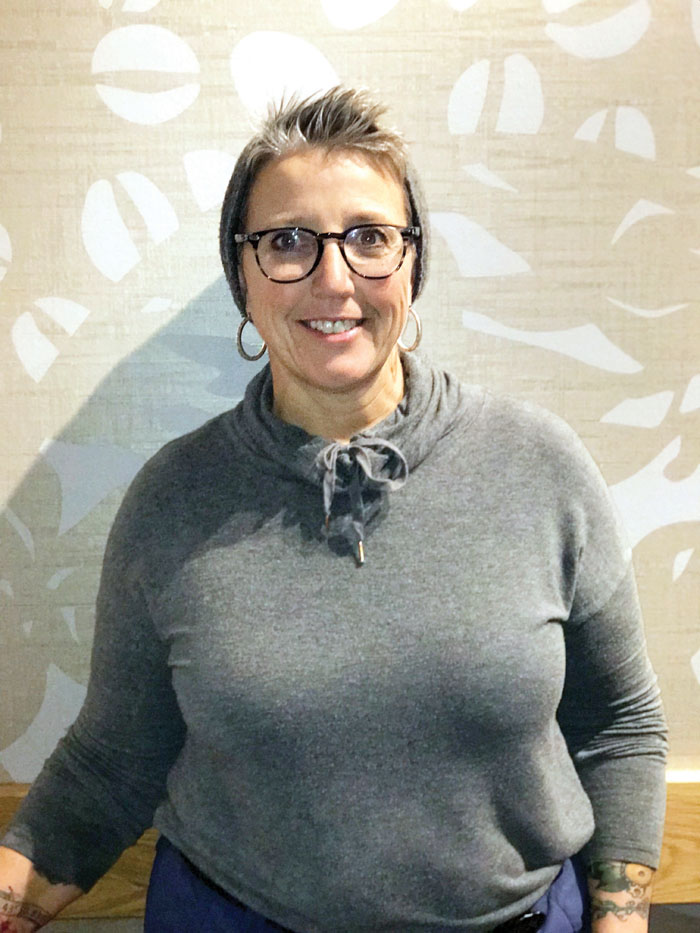 Karen Garrido grew up in New Jersey, but by the time she had two young girls, she realized a move was needed. “The real estate is astronomically expensive. To afford anything, you have to have like three jobs. I don’t know how people afford it. The commute is bad, too.” Karen’s husband found a job in North Carolina and so that is where the couple relocated. The girls were three and five when they officially became southerners.

Landing a job at the Jerry Long YMCA, Karen was interested in starting a cycle program. Biking was popular in the bustling states of New York and New Jersey, but it had not made its way down south yet. Therefore, Karen was interested in becoming the cycle pioneer of Clemmons. “I was the instructor looking for a program and they were the program looking for an instructor. A happy marriage was made.” Karen quickly rose in the ranks of management. Since she had also been taught by her father how to use tools, Y members could often find Karen fixing workout machines. “I watched my father fix cars and became pretty handy with tools.”

Karen’s kids grew up going to the Y. Karen’s sister eventually moved down and started working part-time for the Y. For the next 16 years, Karen saw the same people every day at work and loved her job. Then, in 2013, there was a change in management. Some of the workers who had been there for ages were let go. Karen was one of them. “It was hard. It was a financial adjustment. People you see every day, who are your friends, you lose touch with. I still keep in touch with some people, but it was hard.”

Needing insurance for her children, Karen heard Starbucks offered benefits for part-time workers. Karen applied for a job at the local coffee joint and at the new restaurant, 2520. She got both positions. Karen says people at 2520 will look at her with a funny look and wonder how they know her. “I will tell them, I served them coffee that morning at Starbucks. A lot of patrons who go to Starbucks, frequent 2520,” smiles Karen.

When Karen would arrive at work at 4:30 a.m. at Starbucks, she would notice something that bothered her. All the food would be thrown out after two days. “The food was still good. It was just Starbucks’ policy to throw it out.” Since Karen is a fanatic recycler, she decided to keep the food instead of pitching it in the trash can. “It just made me ill to see that much good food go to waste. You see homeless people who will take anything. So I take all the products to the Winston-Salem Rescue Mission. It’s the only place I know of that takes donations readily,” explains Karen.

This is not the first time Karen has helped those in need. When the recession hit in 2008, she noticed many people on the side of the road begging for food. Therefore Karen would get extra supplies, like wet wipes, Chapstick, food and water at the grocery store. She and her children would form a line and bag all the extra odds and ends into a baggie. Karen and the kids would put the baggies in the car. When she saw someone on the side of the road, she readily had a baggy full of necessary items to hand out. “I wanted to help and also teach my kids the importance of giving back.” Of course, growing up in New Jersey, Karen saw homeless people all the time. But she says, “Clemmons is a pretty affluent town, so you don’t see that as much. But I wanted my kids to be aware it is not always like that for everybody.”

Another tradition, Karen has continued with her kids, is going to Maine every summer. Karen’s nana lived in Maine. She would stay with her Nana in the summers from the age of 12 to 16. “My nana was always fun and exciting to be around. I miss her. I was very lucky to have her around. Grandparents make kids better adults.”

If this hypothesis is true, Karen certainly confirms the theory with her kind heart. Making sure to take of our earth and those citizens living on it, is her way of helping. But if everyone made an effort like Karen, think how much could be done.