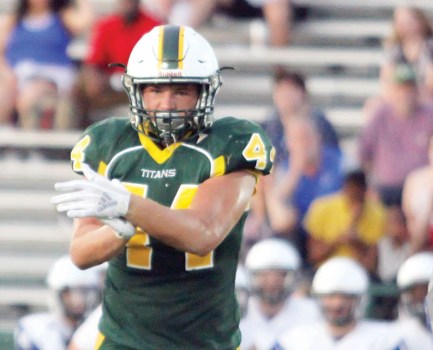 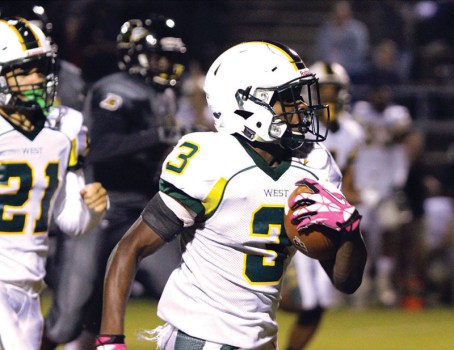 West Forsyth’s JaQuan McMillian returns an interception for a touchdown during a game last season against Reynolds. Photo by Chris Mackie. 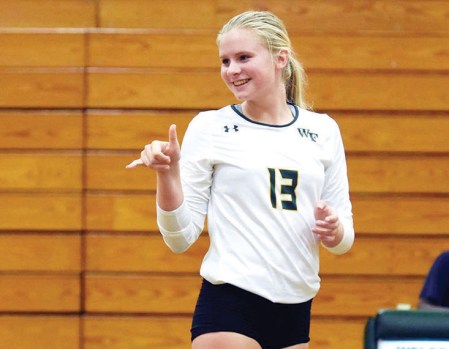 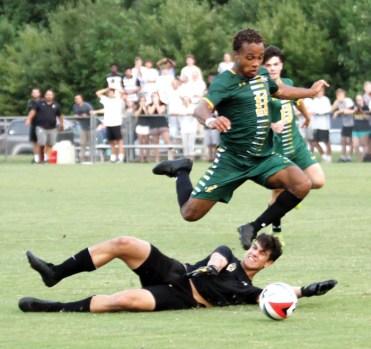 West Forsyth had 26 student-athletes receive all-conference honors in the Central Piedmont 4-A during the fall sports season, and three players and two coaches who were recognized as Player of the Year or Coach of the Year in their sports.

McMillian, a four-year starter at defensive back and kick returner, recently signed with East Carolina and will enroll in January. He finished his career with 21 interceptions in 52 games.

Wilson, a junior, was one of the most dynamic running backs in the conference this season and amassed 1,570 rushing yards and 16 total touchdowns.

Brooks and Wilson were anchors on the offensive line, while Archie added a speedy dimension as a receiver in the passing game.

Garraughty and Ricciardi teamed with Olds to give the Titans one of the most formidable linebacker corps in the state.

The Titans finished the season 8-4 after losing to Reagan in the first round of the NCHSAA 4-AA playoffs.

Dickenson, a junior, was playing his first season for the Titans and scored 31 goals and contributed four assists. Dickenson was also named to the North Carolina Soccer Coaches Association All-Region and All-State Teams.

Mazza, a senior, allowed 20 goals in 23 games and recorded 12 shutouts in his first year as a starter for the Titans. He was also recognized as a member on the All-Region team.

Jordan Fiorani, a senior, tallied four goals and four assists and Mason Paschold, a junior and three-year starter, both were also named to the All-Region team.

Nathan Newsome was named as the Girls’ Cross-Country Coach of the Year and had five runners receive all-conference honors.

Reutinger finished 10th at the state meet and earned all-state honors. Broce won the Norman Trzaskoma Invitational earlier in the season in record fashion for a team that will return four of its top five runners next season.

Will Atkins, Jeremy Eldredge and Cole Meixsell were the Titan representatives for the boys’ cross-country team, which finished third in the conference meet before winning the 4-A Midwest Regional one week later.

Brianna Lucero (golf) and Lauren Kranis and Brianna Shillito (tennis) were also recognized in their sports.