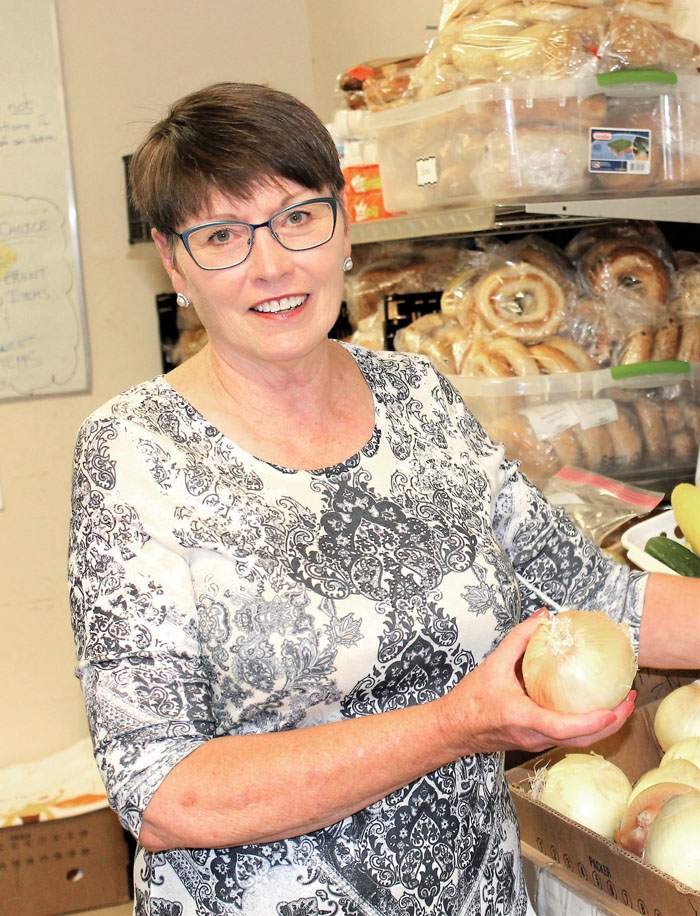 The shutdown of the federal government, along with bad weather throughout the fall — topped by a record snowfall in early December, has put a strain on the Clemmons Food Pantry’s ability to fulfill its mission.

The organization provides supplemental groceries to more than 700 Forsyth County families each month.

But the food pantry is now asking businesses, churches and neighborhoods to consider food drives this spring to ensure that it has product on the shelves to prepare for any delays in the supplemental food programs from the U.S. Department of Agriculture (USDA).

Due to the federal government being shuttered, the USDA has been furloughed with only 5 percent of its work force deemed necessary. If the shutdown continues much longer, it could affect programs throughout the agency, such as the Supplemental Nutrition Assistance Program (SNAP) and the Emergency Food Assistance Program (TEFAP).

Delays in receiving SNAP benefits, formerly known as food stamps, would affect many struggling Forsyth County residents who need the extra groceries to get by each month, said Steve Eller, president of the Clemmons Food Pantry’s Board of Directors.

“If these benefits are suspended, Clemmons Food Pantry will feel the effect with an increase in clients,” he said in a press release. “In addition, TEFAP is food for pantries to distribute directly to clients.”

Like Eller, Kathy Kovack is also worried about being able to feed the folks that depend on the Clemmons Food Pantry in the wake of the political fight in Washington. Kovack is the executive director of the organization, which has proven to be a mainstay of the community.

She said donations have fallen sharply over the last few months and she is concerned about making up the difference by next summer. Usually, she explained, the shelves of the Clemmons Food Pantry are well stocked with nutritious food during the holiday season — enough to carry through to the summer, if not to the start of the new school year.

However, at this point in 2019, Kovack said, “we are not even meeting our monthly needs.”

“With the government shutdown, we expect extra people to come in because it is all the hourly federal workers that were sent home,” she said Monday in a phone interview. “On top of that, they are telling us we are going to get food, but there is no one to deliver that food. So, we are really flying by the seat of our pants right now at the food pantry.”

What would be most helpful for Kovack and the nearly 260 volunteers at the Clemmons Food Pantry, she said, is for folks to always remember the food distributor after Dec. 25.

“Typically, after Christmas, people tend to forget,” she reported. “And then, once school is out for the summer, we see very little in the way of donations again until September. It doesn’t have to be that everybody drops what they are doing and rushes food to us this week. But if they would consider bumping up their donations or doing some food drops during the spring prior to school letting out, that would be most helpful.”

Although the organization’s client numbers increased steadily in 2018, the work of distributing food in the fall was particularly challenging with work being halted for two hurricanes, record rainfall and the surprise snowstorm.

“Also, some food donations were diverted to areas with severe flooding from the hurricanes,” Eller said. “This has left our shelves lighter than usual. Although we currently are meeting client needs, we do have a very serious concern for the summer months when donations are historically low and stockpiled food dwindles. Spring food drives by neighborhoods, schools and churches would help ensure we will be able to meet the need.”

Established in 2004, Clemmons Food Pantry is a 501(c)(3) organization that began as a local Sunday school project. Since then, the pantry has grown to become an award-winning and well-regarded community organization. It holds strong to its roots, Eller said, by filling the most basic of needs — “nourishing the body.” It does so through its many volunteers and relies on the support of community residents and businesses to continue its work.