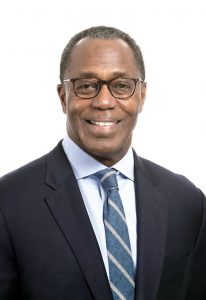 “I am pleased to have Frank join the Novant Health executive team,” said Carl S. Armato, president and CEO of Novant Health. “Frank has more than 30 years in practice with extensive experience in the financial services industry, as well as publicly traded and privately held companies, including large health care organizations. I am confident he will lead Novant Health in this area very well.”

Emory previously served as a partner with international law firm Hunton Andrews Kurth LLP, where he was co-head of the litigation and labor group and managing partner of the Charlotte office.

Emory currently serves as the chairman of the board of the Economic Development Partnership of North Carolina, a gubernatorial appointment by Gov. Roy Cooper. He has held multiple leadership and advisory positions in the past, including president of the Mecklenburg County Bar (MCB); eight years on the North Carolina Board of Transportation; a member of the executive committee of the Duke University board of trustees; and the first African American and youngest chairman of the Charlotte-Mecklenburg Planning Commission. Emory is a permanent member of the Judicial Conference of the Fourth Circuit. He was an Angier B. Duke Scholar, Duke University’s most prestigious academic scholarship, and also attended the University of North Carolina at Chapel Hill School of Law on a Morehead Law Fellowship.

Throughout his career, Emory has been continuously recognized for his remarkable work. In 2001, he received the Order of the Long Leaf Pine, North Carolina’s highest civic award. Later, Emory was honored by the MCB with the Pro Bono Attorney of the Year Award in 2008 and the Citizen Lawyer of the Year Award from the North Carolina Bar Association in 2010. He has also been named a distinguished lawyer by several leading legal publications.

Emory will report to Armato.