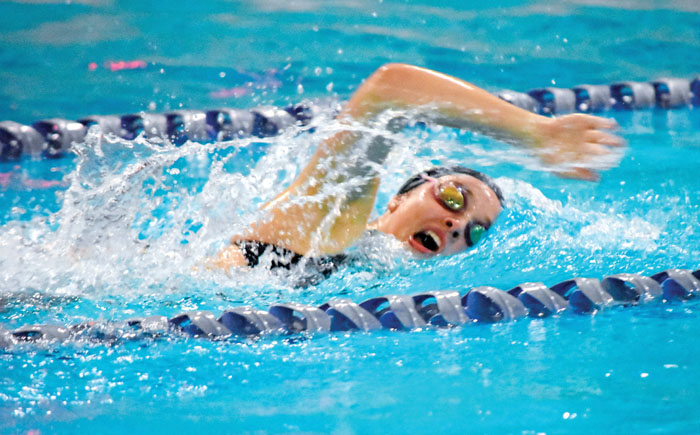 Claire Davis is a swimmer on West Forsyth’s swim team 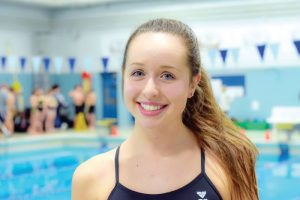 Claire Davis is a swimmer on West Forsyth’s swim team

Claire Davis knew that swimming would be a big part of her life as soon as she hit the water for the first time at the age of 5.

“I tried a lot of other sports when I was younger, like soccer and gymnastics, but none of them ever really stuck like swimming did. I’ve always loved it and wanted to stay with it.”

Davis, a senior, is in her fourth year swimming at West Forsyth. She also still competes for her year-round team, TYDE, and her summer team, the Sherwood Sharks.

Davis is also one of the co-captains for the Titans this season, where she competes in the 100 and 200 freestyle events, as well as the 200 and 400 freestyle relay teams.

“She is such a gifted freestyler that we can really use her in a variety of freestyle events at any distance, really,” Coach Sandy Thomerson of West said. “She is also an integral part of our freestyle relays, which have a great chance of advancing to the state championships this season.”

That’s one of the top goals for Davis, who came close to advancing to the state meet last year in both relays and one of her individual events.

Davis said that her high-school career has been a gradual improvement since her freshman season.

“I think I decided to really dedicate myself to training my freshman year,” Davis said. “That’s when I really decided to buckle down and focus on swimming, even though I have been swimming year-round with TYDE since I was 8. I’ve definitely seen the gradual improvement. I went to the conference meet as a sophomore, then conference and regional meet as a junior. It was very exciting to be a part of a big meet like the regional. That’s why it’s important for us to get back there this year and see if we can advance to the state meet.”

Davis spends most of her practice time with TYDE, which holds morning workouts from 5:15-7 a.m. every day.

“I started doing the morning workouts with them last year because of my workload with school,” Davis said. “I wanted to be sure I had enough time to finish all my homework and studying every day, and that was the best option for me. I’ll try to get to a West practice about once a week because they practice at night, but most of my workouts are with TYDE.”

Thomerson said that she relies on Davis to help mold some of the younger members of the team because of her experience.

“She is definitely one of the those I go to assist younger kids, guiding them, getting them to their events, helping me explain some of the differences in high school swimming versus year-round,” Thomerson said. “She is someone our younger swimmers look up to because she’s a great organizer and motivator. She has put together a couple of team bonding events for us. She’s very driven and she’s also a great student. She will be successful with whatever she decides to do.”

Davis is in the National Honor Society, Student Government, Girls Service Club, and dances during school concerts. She is still considering whether she wants to swim in college and said she will make a decision once the Titans wrap up their season in February.

“I want to major in biology and minor in business when I get to college,” Davis said.

She is also looking forward to her summer, where she will work as a lifeguard at Sherwood and help coach the younger ages on the swim team for the first time.

“I’d definitely looking forward to that,” Davis said. “That will be a lot of fun.”