Your Neighbor: Caring for others: Stay-at-home father uses compassion to help animals 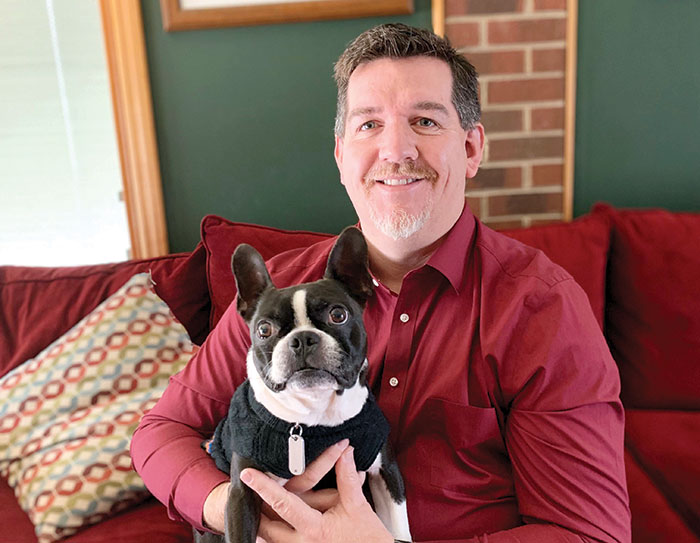 When Matt Abbott found himself without a job and three young children at home, he was happy to step in as Mr. Mom. “I really enjoyed it. I don’t regret it for one minute. I was able to connect with them at a time I would never be able to get back. One thing I really took away from that experience is time lost you can never get back so enjoy it while you got it.”

Rewind some years back before kids when Matt grew up in Detroit. There were two common themes in Detroit: cold winters and the car industry is everywhere. “The auto industry is very prevalent. You are either in the automotive industry or supporting it. Everything tailors towards cars.”

Matt’s dad was an engineer, so creativity came naturally. Matt got in the designing side of cars when the internet had begun to trend. He enjoyed being able to take on an idea flat on paper and make it interactive on the screen. “I was doing some print design and the division I started working at was the engineering computer center. I did a lot of computer programs for engineers,” notes Matt. With the anticipation of Y2K, Matt was in charge of creating programs to back up the current computer programs in case there was a computer crash in the year 2000.

Pricewaterhouse Coopers noticed Matt’s talent. He accepted a job with the large company and moved to Charlotte. As fate would have it, Matt met his wife in the South and soon began to settle in permanently. But when the economy took a turn, Matt found himself without a job. He began doing odd jobs in sales here and there. Nothing was panning out as a permanent career.

“We had a one-year-old, two-year-old, and five-year-old at home. We decided I would stay home and my wife would go back to work as an occupational therapist,” says Matt. Staying at home was not a task Matt thought would come easily. In the end, he realized it was a blessing to get to know and shape his little humans for the future. “I really enjoyed and have no regrets.”

Once the kids began school, Matt started to look for other jobs. He eventually found himself being hired as the marketing communications manager for the Humane Society of Davie County. He is primarily in charge of website design and social media. “I love dogs. I have always loved dogs. I have had cats but never been a big cat person.”

Matt quickly began to notice the many problems in the animal world. Issues he had not known about before. “Last year, we had so many animals come through the shelter and we had to pay for a lot of vet bills. The more animals that get adopted out and are not euthanized, the more it costs us because we have to get them healthy before they are adopted. Our goal is always to adopt the pet out.”

One of the biggest fundraisers though saw rain when Paws in the Park was held at Tanglewood. “We barely broke even on it and was hoping to get $60,000. So we are now in the process of trying to raise more funds because we are running out of money.”

Our neighbor’s paternal instincts to help these animals is no surprise. He gladly stepped up to the plate to stay at home with the children and has now gladly accepted a position that helps homeless animals. His compassion likens to a quote by Aesop. “No act of kindness, no matter how small, is ever wasted.”