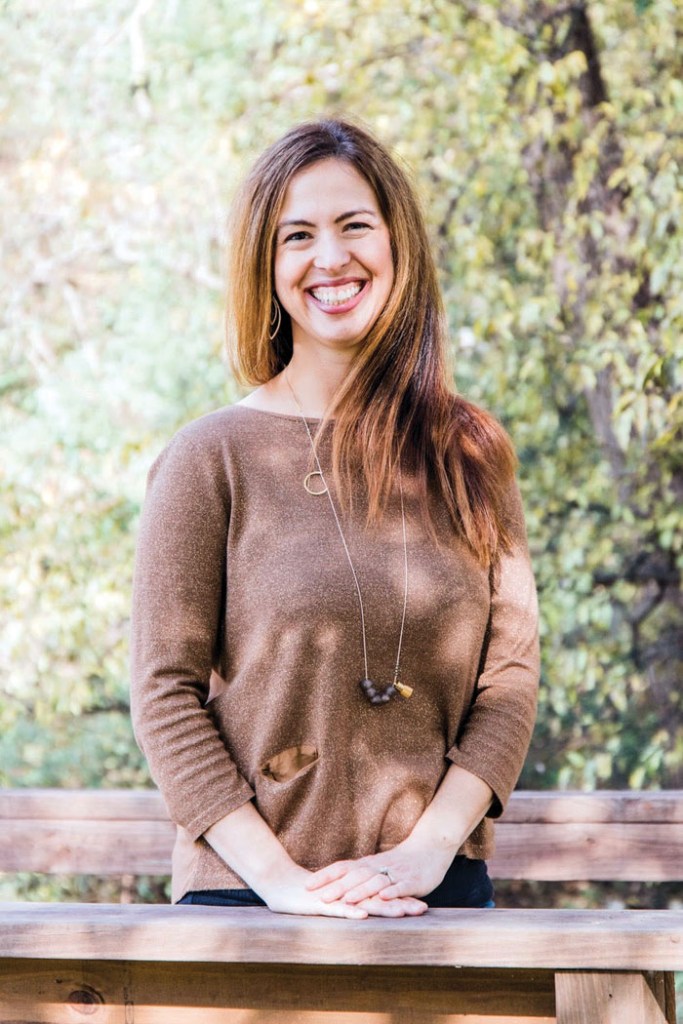 As a child raised in suburbia Illinois, Sara Pesek lived an innocuous life. But when she traveled to Costa Rica as a kid, she soon saw the discrepancies of the world. “My dad was an exchange student there in high school,” explains Sara. “So we traveled to Costa Rica a lot.” Sara’s parents believe in the philosophy of using a paycheck to create experiences instead of buying material objects.

To no surprise, Sara joined an exchange student program through the Rotary Club in high school. She lived in Australia. In college, Sara lived in Spain. To hone her Spanish skills even further, Sara, received her EMT certification and volunteered in the medical arena in Nicaragua. “I know it sounds cliché, but I wanted to help people. I have always felt a need to make my community and world better.”

Sara says her parents have always been active socially and politically. “I think they put me in my first march at three,” she laughs. “They encouraged us to be an advocate for people who may not have a voice.” Another family lesson was to be grateful for the opportunities one may have. “Having worked in central America, in an impoverished area, we have a lot to be grateful for,” Sara acknowledges.

When Sara became a full-time mother, her volunteer efforts had to temporarily be set aside. But when her daughter was a toddler, Sara found herself thinking about a program she had heard about from a friend. The World Relief Organization is a federal program that works with refugees who have fled violence, extremely poor societies or war-torn countries. “The State Department selects specific locations throughout the United States to place these refugees. We happen to be an area where refugees are placed.”

One hot night in particular, Sara began to think about the refugee families that would be stuck in their apartments all summer long. “Often times, there is one car for the husband to drive to and from work. The mother is stuck in a small place with multiple children. For me, that was very sobering. I would hope that if I was ever in that situation, someone would want to help my family.” Sara began to ask friends on social media to gather any unused toys, dolls, puzzles and the likes. She was then able to get the donations to families in need.

Nearly three years later, Sara is still very much involved. “You can help with driving to doctor appointments, help families find jobs or register for schools.” To provide further assistance, Sara picked up Spanish classes at Wake Forest University as a refresher. “A lot of these families speak very little English. I also ended up joining the Hispanic League Board which helps with educational scholarships.”

Sara’s charitable efforts do not stop there. She also uses her love of music to help raise money for various charities. “I took up the banjo in mid-thirties because it is such a happy instrument.” Sara joined the Unbroken Circle, a multigenerational string band. “We are a community of people who love bluegrass and gospel music. We only play for charity projects. One we play for annually is the Shalom Project.” The band played last weekend for the Shalom Project and raised over $28,000. The donations are used for those in Winston who are struggling to make ends meet. “It is a powerful way to contribute in Winston.”

No matter the current project Sara is donating her time and energy towards, she says there is one important message. “Not everyone would be comfortable with volunteering with an African family where you sit on the floor to eat dinner and have no idea what you are eating, which I have done before,” Sara smiles. “Over the last few years, I have realized how important it is to find that one thing that makes you happy. There are causes I find very important but don’t feel comfortable doing. Finding that one thing you are so passionate about can make a difference. Whether it is time, money, or advice — you can make a difference when it is something you are passionate about.”

Our neighbor’s passion likens to a quote by the great soccer player Mia Hamm. “I am building a fire, and every day I train, I add more fuel. At just the right moment, I light the match.”