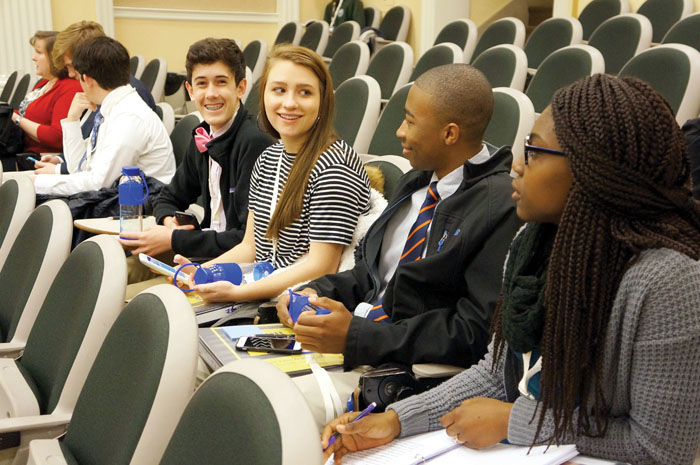 The Environmental Debate Tournament will feature more than 100 local students.

WINSTON-SALEM — Students from around the Triad will convene for an environmental debate tournament on Saturday, March 16, at Wake Forest University. The tournament is hosted by Piedmont Environmental Alliance (PEA) and Wake Forest University’s Wake Debate and will feature more than 100 high school students from across Central North Carolina. The students will convene to debate whether or not Triad cities should ban cars in their downtown areas. Most participants do not have formal debate programs at their schools and many have never participated in debate prior to the tournament.

Students have been training for the March tournament for months. PEA recruits student and teacher participants, and provides skills-training workshops, information, and research materials to any interested high school student in the Piedmont region. This year, PEA expects to have students from 11 different high schools in four counties throughout the Piedmont.

The tournament on Saturday will winnow contestants down to two teams. The final round of the 2019 Environmental Debate Tournament will take place at the Piedmont Earth Day Fair on April 13 at the Winston-Salem Fairgrounds, in front of an audience of fairgoers.

The environmental debate program has a history of inspiring students to take on greater challenges in their community. For example, after participating in the 2016 tournament, one Reynolds High School senior formed a working committee dedicated to putting solar panels on Forsyth County school buildings. Another student at Reynolds who participated in 2018 was inspired to start a regional environmental organization for high schoolers called Young Environmentalists.

Bless Your Spoon: Teach kids that it’s healthy if…