Your Neighbor: One the run: Christy Hemby inspires children in the classroom and on the track 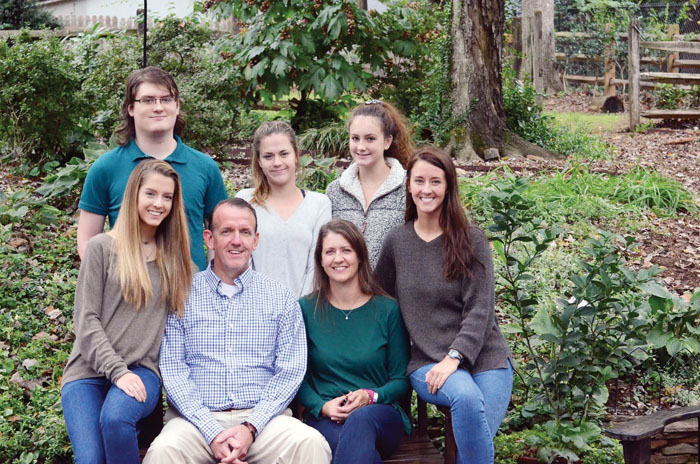 Born outside of Charleston in the Isle of Palms, it’s no surprise that Christy Hemby inspires children daily with her sunny disposition. Her father’s job at Wake Forest University transferred their family to Winston-Salem when she was in the fifth grade.

Christy had her passion for running ignited from a young age. “My dad was a big runner. He ran for Clemson and then professionally,” mentions Christy. Having a dad that tried out for two Olympic trials might intrigue most children. “One of our chores was even to run around the block for $.50 which, we would then use to buy candy or play a video game,” laughs Christy.

Christy had a successful local career when she was at R.J Reynolds High School. Her freshman year she won the championship her first season and was eighth in the state. Her successes continued throughout high school and she decided to run at Wake Forest University when it came time to decide where to attend college. “I was a faculty kid and walked on my freshman year,” remembers Christy. She earned a partial scholarship while she was there too. She was also awarded the prestigious All American status during a semester where she finished eighth in the Atlantic Coast Conference for the 3,000.

“Wake was a big step up from high school,” recognizes Christy. “It was tougher academically and in running. It was like having a part-time job.” Christy enjoyed the perks of it too. “Traveling for meets was neat because I hadn’t flown much growing up.”

Christy studied health and science at Wake, which, fit into her running world. But she started to wonder what she would actually do with her bachelor’s degree in health and sport science once she graduated. She got married right after college graduation to another Reynolds High School classmate whom she dated through college. She initially taught preschool while getting her master of arts degree at Salem College. She also worked as a travel agent. “It was fun because I got to also experience more travel,” recalls Christy.

After completing her degree, Christy got a job in 1998 teaching at Summit School. “I got pregnant my first year with my son, Lear Michael. We had been married for four years,” remembers Christy. Christy continued working after her maternity leave ended at Summit with the help of her mom, Lu Dunkelberg. “My mom was amazing. We lived in Ardmore at the time with no dishwasher, Lear Michael was a preemie and she took amazing care of him while I continued to work.” Their second child, Nora, was born four years later.

Christy’s next adventure took the family to Brazil for her husband’s career. Christy continued hers as well and taught at the Esfera Escola International School as an English literature specialist for several years. Her children also attended this school.

Christy and her first husband divorced a couple of years after their time in Brazil. They had moved back to Winston-Salem, where Christy had come back to the school where she had started, Summit. She was teaching first grade. During this time, her friends urged her to start dating again. They even convinced her to go on a blind date with Scott Hemby. “Well I knew that they wouldn’t give up so I figured why not just get it out of the way,” jokes Christy. Her friends were right; Scott was a great match and partner for Christy. Scott too, had children from a previous marriage, twins, Kate and Charlee, and Liz.

Christy is now inspiring her passion for running with the kids at Summit as the cross-country coach. She is also teaching second grade for her fifth year. What is frequently mentioned around campus about Christy is how much all her students respect her. During a writing exercise at Thanksgiving time, the second-graders had to write and illustrate what they were most thankful. Christy Hemby was on all their lists.

Christy teaches her runners that it’s about hard work but also enjoying the sport. “I didn’t really do much running for about 3-5 years after Wake. I did about 1-2 races in Brazil but didn’t really want the pressure from running,” notes Christy. She has completed one marathon at Kiawah and several half marathons, but doesn’t feel the need to put pressure on herself with her time. She credits her running buddies, Amy Holland and Mary Virginia with keeping the joy of running in full effect.

You can find our neighbor encouraging others to follow their passions in the classroom and on the course. As Wayne Gretzky said,  “You miss 100% of the shots you don’t take.”