Cognitive decline eventually affects everyone, just not to the same extent 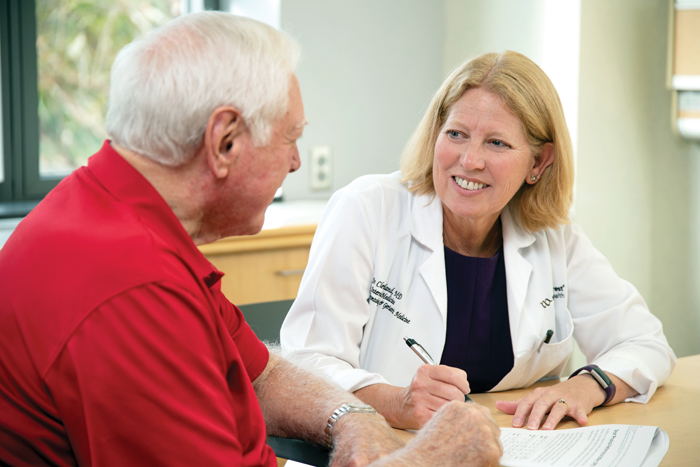 You must remember this: Just about everybody experiences some changes with their memory in their later years.

“Most of us lose some of our brain cells after we hit 65 or so, and it’s considered perfectly normal,” said Dr. Jo Cleveland, professor of gerontology and geriatric medicine at Wake Forest Baptist Medical Center in Winston-Salem. “Some people may notice the changes with their memory a little sooner, and the changes will be more in some people than in others, but all of us will have some cognitive issues at some point.”

Those issues fall into three categories: the short-term memory lapses of normal aging; mild cognitive impairment (MCI), a set of more noticeable difficulties with recall and speech; and dementia, the most common form of which is Alzheimer’s disease, which involves memory, language, reasoning and judgment problems severe enough to interfere with daily life.

While these are often referred to as the stages of aging-related cognitive decline, one doesn’t necessarily lead to the other.

Roughly four out of five people won’t ever experience anything more serious than the “senior moments” of normal aging. It is estimated that MCI afflicts between 15 and 20 percent of older adults and that no more than half of those diagnosed with MCI ever develop Alzheimer’s.

These are large groups — more than 5 million Americans today have Alzheimer’s — but the numbers clearly show that forgetting where you put your keys doesn’t mean you’re going to get a debilitating disease.

Still, it’s good to know the signs of the various types of cognition problems, so as not to worry when there’s no reason to or fail to act when there’s legitimate cause for concern.

However, Cleveland cautions, the boundaries between the types of cognitive decline are often not clear.

Cognitive decline of normal aging is “what happens to all of us and is absolutely nothing to be concerned about,” Cleveland said. “It’s when you walk into a room and forget why you’re there, or when you can’t remember the name of somebody on TV but remember it 10 minutes later when you’re not thinking about it anymore or are in the shower.”

Normal aging, she said, also may entail taking longer than it once did to learn new things (like how to operate a new appliance) or to complete everyday tasks (such as balancing a checkbook), but you can still do them.

“If it’s normal aging, it should just be little glitches you notice from time to time,” Cleveland said, “and it should stay like that.”

“The memory part of MCI is more pronounced and pervasive than with normal aging. You forget more things more often,” said Cleveland, who is medical director of Wake Forest Baptist’s geriatric outpatient clinic and the Healthy Aging and Brain Wellness Clinic at the medical center’s Sticht Center for Healthy Aging and Alzheimer’s Prevention.

“MCI also can include language problems where you just can’t find the word that you want to say or you unconsciously substitute one word for another. You also might need more help with a multi-step process, like planning a trip.”

MCI does not, however, interfere with everyday living. That is not the case with dementia.

“Four things — money, medications, meals and mobility, by which we mean driving — are major red flags that I talk to patients and families about,” Cleveland said. “If someone is starting to have trouble with one or more of these they need to be evaluated because these are signs of progression to dementia.”

Family members and friends play a vital role in identifying these problems because people with MCI and dementia often are not aware of their condition.

“If you believe a loved one is having some serious memory problems, don’t wait, address it,” Cleveland said. “Talk to your primary care doctor. It all starts with people recognizing problems in their own families and getting the person having the problems someplace where they can be assessed.”

Assessment, however, doesn’t equal treatment. There’s no known way to halt or reverse aging-related cognitive decline. There is no cure for Alzheimer’s (scientists don’t even fully understand what causes it) and, judging by the repeated failure of prospective treatments in clinical trials, there’s probably not going to be one anytime soon.

“But just because cognitive decline can’t be treated doesn’t mean there aren’t things we can do,” Cleveland said.

Among them, she said, are blood tests and brain scans that can identify other — and possibly treatable — reasons behind memory loss and related symptoms, such as a thyroid condition, vitamin deficiency or stroke. Recognizing the onset of dementia also can help prevent what Cleveland called “really alarming things that can happen with patients,” like causing automobile accidents or falling prey to financial scams.

But is there anything older adults can do before cognitive decline hits to reduce the risk of developing it?

“The focus of Alzheimer’s research has shifted from finding a cure to prevention, and we’re looking at a lot of different things with that but it’s still early,” Cleveland said. “The best advice we can give right now is: Get 150 minutes of exercise a week, eat a Mediterranean diet, stay socially connected, challenge your brain by learning new things and make sure you’re managing your blood pressure and your cholesterol or whatever health issues you might have. Getting a good night’s sleep helps, too.