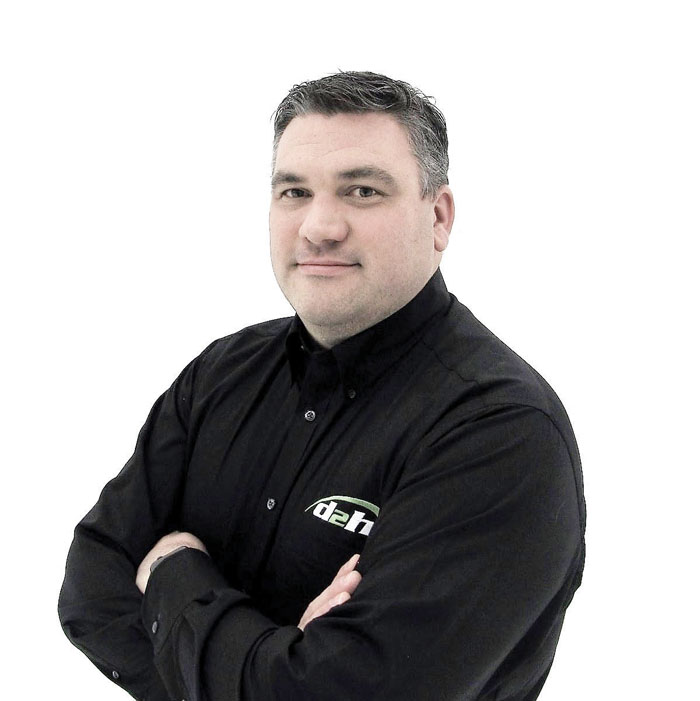 When people talk about certain characteristics that run in the family, NASCAR is definitely that for Noah McKay. Noah spent most of his early childhood years in the Lake Norman area. “We needed to be in the middle of the NASCAR world because my dad was in it,” explains Noah. “Back in those days you had to do a little bit of everything. He was the crew chief, changed tires, and did fabrication for drivers like Jimmy Spencer. You had to be a jack of all trades.”

Noah’s younger years were spent playing baseball. But once he got into high school he started racing BMX bikes. “I started working for a bike store, and became very interested in them. I started tinkering with them and got hooked really quickly. I would leave Friday after school, go camping, and then participate in the bike races.

My best friend from this time in my life, we’re still close and see each other even though he has since moved away,” reflects Noah.

College was never an option for Noah. He knew he was going. “My dad didn’t graduate from high school and went straight into the Navy. I knew I had to go and get good grades. Anything below an ‘A’ was not an option for him,” laughs Noah. Noah didn’t think NASCAR was the direction he would head, but once he got to N.C. State to study mechanical engineering for his undergraduate degree, things changed. An intense program within the school allowed Noah and a select group of students to build race cars. They would compete with other students from around the world. “We built the entire car from the chassis to working on the suspension. It stole a lot of my hours when I should have been studying,” jokes Noah. He continued his studies at NCSU when he was accepted to the graduate program for aerospace.

Noah had his first job lined up right after he graduated. The racing team that employed him paid for his graduate schooling. They were eager to get the expertise of having a high level aerospace engineer on their staff. However, they could not sustain the costs and Noah moved onto Richard Childress Racing (RCR). RCR had never had someone like Noah who had a strong aerodynamics background. “I built the aerodynamics program in 2004. Most of it was trial and error. You had to bring a strong engineering mind sight to do methodical testing. It’s knowing why it’s actually working. Can we make it better? Can we make a larger gain out of it,” notes Noah.

During this time, Noah was also playing on his company’s softball team. A fellow teammate said he knew the perfect woman for Noah. The rest was history. “The minute Ginny and I met, I think we both felt the connection immediately,” reflects Noah. They married in September 2007.  They added daughter, Wren, to their family in 2011 and son, Merritt, in 2015.

Things were going well for Noah; he was head of the aerospace division at RCR where he managed around 10 guys and another 100 from the technical side in fabrication. However, Noah wanted a new challenge. One that might not require having to work 38 out of 52 weekends on top of regular business hours. Noah was approached by a company in the United Kingdom to start up a division here in the United States. Thus, D2H Engineering Incorporated USA became headquartered here in Clemmons. This innovative group of engineers is trying to make a difference in big ways. For instance, they are currently focusing on putting a major dent in emissions reduction with their research on electric cars in the vehicle world. “The big thing is electric cooling,” discusses Noah. “Chevy and Ford are doing an electric pickup truck. If we can get these big trucks converted, we will make a large impact with emissions reduction. In a big truck, you’ve got a lot of room, you can put the batteries on the bottom and essentially sit on them.” Noah’s innovative thinking is also appreciated by other clients, which still include NASCAR, and the U.S. Olympics to name a few.

As Henry Ford said, “You can’t build a reputation on what you are going to do.” Noah is a shining example of Ford’s mentality. Time and time again, our neighbor puts his impressive knowledge to such creative use. Perhaps Noah would have been one whom Ford would have liked on his initial team of engineers.