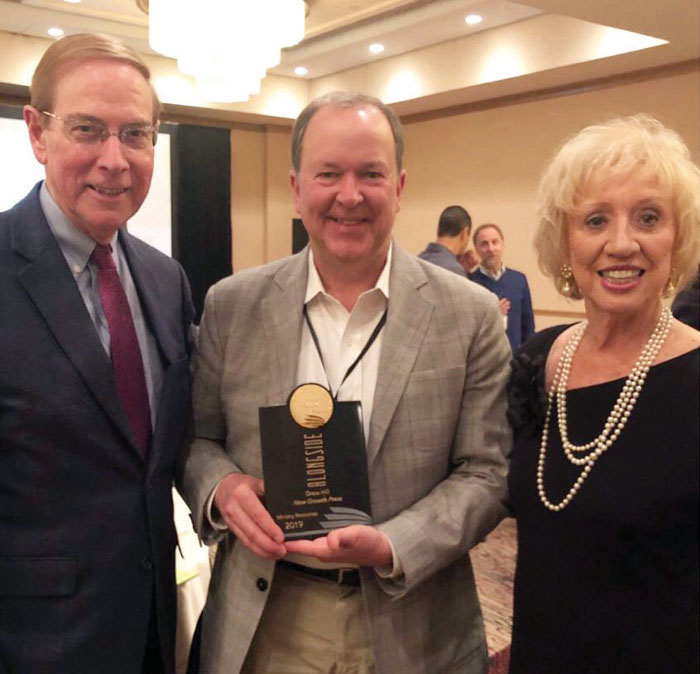 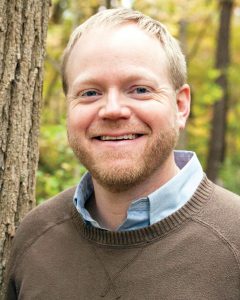 Twenty-three years ago, Drew Hill was a student in my AP psychology class at the Career Center. The teenager who I remember as being bright, articulate and funny is now successful as a pastor, speaker and writer over two decades after I knew him as his teacher.

After graduating from UNC-Chapel Hill, Hill worked with young people in North Carolina, Georgia and Colorado. He moved back to North Carolina 10 years ago, and he is now serving as the pastor of the Church of the Redeemer in Greensboro. In addition to that role, he works part-time in a national leadership role for Young Life where his primary responsibility is providing training and resources for about 50,000 Young Life leaders around the world. Hill’s passion for working with young people led him to write his first book, “Alongside: Loving Teenagers with the Gospel.”

In Alongside, Hill offers practical insight to how adults and teenagers can better connect with one another. On April 30 at a national publisher’s conference in Chicago, Alongside won the 2019 Christian Book Award for Ministry Resources. The award is the highest honor that is given for Christian writing and the next printing of Alongside will include a gold medallion on the cover to designate the book as a national-award winning publication.

When I had Hill as a student, he was the student body president at West Forsyth, a member of the cross-country team, and the editor of the school newspaper. He also wrote the Titan Tattler column for the Courier that still exists today as a column that features news and events at West Forsyth. Hill told me, “I’ve known since writing for the Titan Tattler that I wanted to be a writer.”

An interesting anecdote about his writing experience for the Courier is his confession that he often turned in his articles in the middle of the night just before the deadline for submission. “I’ve always been a last-minute kind of guy,” he noted. “I remember driving to the Courier office around midnight many times to slip my article in the crack under the door to meet my deadline.”

Hill credits Bob Kuhn, his former AP language teacher who he had as a junior at the Career Center, with instilling in him a passion for writing and for polishing his writing skills. “I recently contacted him and thanked him for the role that he played in helping me to become a writer,” he said.

A special personal moment at the award presentation in Chicago was the fact that Dr. Gary Chapman, the associate pastor at Calvary Baptist Church in Winston-Salem, was the keynote speaker at the event. Dr. Chapman, who is a nationally known best-selling author himself, holds a special place in Hill’s heart as someone who influenced him when he was growing up at Calvary and someone who has mentored him as an adult in his roles as a pastor and as a writer. When it was announced that Hill won the award for his book, Dr. Chapman, who was in the audience, stood and applauded and announced that Hill grew up in his church. The event was only for publishers, so Hill was not present, but it was meaningful for him that Dr. Chapman was in attendance for the special day.

When asked what inspired him to write Alongside, Hill noted he wanted to offer insight for how parents and teenagers can connect with each other. “I’ve worked with teenagers for over 20 years, and I have seen so much heartache. The biggest issue many teenagers face is simply a broken relationship with their parents, and this often leads kids to turn to other things that are destructive. But it’s not just parents — kids need adult friends and mentors. This book is for any adult who is in a relationship with a teenager — teachers, coaches, grandparents and those in youth ministry.”

The messages that Hill has included in his book have obviously resonated with those who have read it. In addition to the award that he has won, reviews on Amazon where the book can be purchased are glowing and personal. Dozens of reviews indicate the impact that the book has had on helping to improve relationships between parents and their teenagers. A particularly meaningful review was written by well-known Christian musician Ellie Holcomb. She wrote that “Alongside is a beautiful and practical companion for anyone who wants to better love the teenagers in their life. I found myself in tears as I read the incredible real-life stories of the Gospel breaking through the distractions, darkness and loneliness and pain that often accompany adolescence. It tells the story of the Gospel, and also offers tools that help you communicate that story well as you walk alongside the teenagers in your life.”

Part of what has made Alongside so popular and successful is the meaningful advice that it delivers, but Hill connects well with readers with his personal antidotes and stories. “The book is full of true stories about real kids that I’ve built relationships with over these 20 years,” he said. “I’ve also included personal stories about growing up in the Clemmons community, such as the many times I was beaten by state champion Julie Smith while running cross-country at West Forsyth.”

The success of Hill’s book has led to speaking engagements where he further advances his message about the importance of parents connecting with their pre-teen and teenage children. “Adults feel intimidated by teenagers, and I try to be a translator between teens and their parents,” he said. He recently spoke at River Oaks Community Church, and he is scheduled to speak on Aug. 28 at Center Grove Baptist Church in Clemmons.

Hill is in the process of writing a second book that will specifically be written for teenagers. It will be titled “Alongside Jesus” and it will be released in 2020.

I reminded Hill that I can still remember the day when we did a role-play in my class, and he was bold enough to spike his hair and dye it bright orange. I also remember that the skit was educational as well as comical. This spoke to his willingness as a student to be help make class fun and engaging. Reflecting on that day, he noted that, “my mom and dad instilled a lot of confidence in me, and that has made it easy for me to be comfortable in my own skin and to do what God wants me to do, regardless of the situation I am in.”

Drew Hill has made an impact on hundreds of young lives during his many years in ministry, and the success of Alongside is a well-deserved recognition of how he has impacted many individuals with his writing. The former contributor to the Courier and West Forsyth alumnus is looking forward to continuing his work as a positive influence on young people and others who are impacted by his ministry.  You can visit his website at www. AlongsideTeenagers.com.