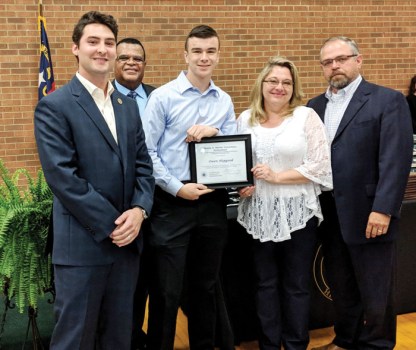 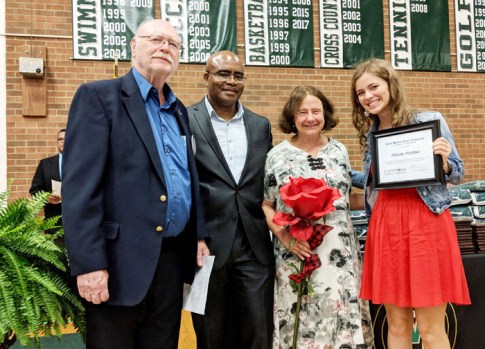 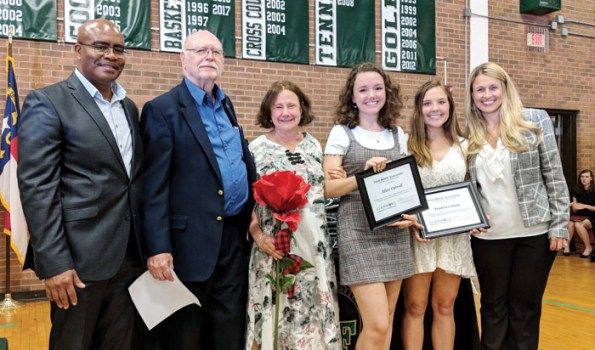 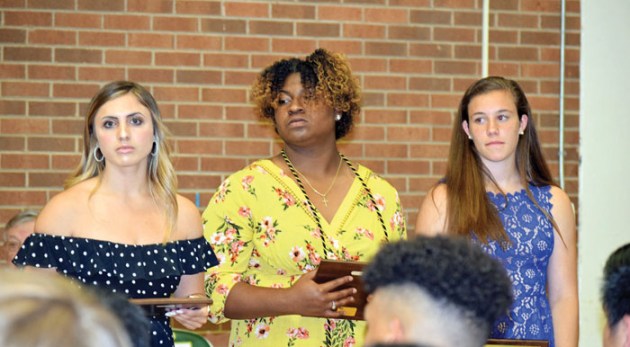 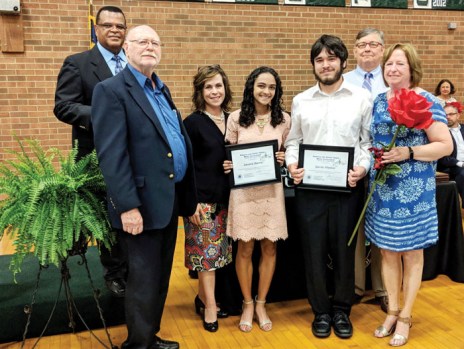 Graduating students in the West Forsyth Class of 2019 have been awarded some $16.5 million in scholarships and academic grants it was announced last week at the annual Awards Day Ceremony.

Students and parents gathered in the gymnasium to recognize graduates for academics, athletics, community service and leadership. Scholarships were awarded from groups such as the Clemmons Community Foundation, the Winston-Salem Foundation, the Rotary, Kiwanis and Optimist clubs, The Clemmons and the Lewisville Civic clubs, the Marine Corps and North Carolina National Guard, Allegacy Credit Union and the State Employees Credit Union just to name some of those presenting scholarships and grants during last week’s ceremony.

Some 59% of the seniors will be attending a four-year college or university in the fall.

One of the more significant financial scholarships awarded went to John Justice Williams, who has been appointed to West Point Military Academy. Williams’ scholarship to West Point was valued at $200,000 and the military training that will follow brings the total to some $400,000.

West Forsyth’s Alex Reid was one of 75 recipients of the Morehead-Cain Foundation Scholarship awarded this year to the University of North Carolina at Chapel Hill. The award provides significant funding to a very select group of students for not only education, but personal opportunities for summer enrichment programs around the world and other educational opportunities.

The Clemmons Community Foundation awarded several scholarships. Several of those were in the name of Leslie Martin, an educator who has inspired hundreds of young people in their educational pursuit. Two of the scholarships were awarded to Alice Carroll and Beatrice Bean.

The Leslie Martin Early Scholars Award was presented to Alexia Mutkus, who will graduate not only with her high school diploma, but also 22 hours of college credits. She will be entering Liberty University in the fall.

Another new scholarship awarded by the Clemmons Community Foundation was the Rebecca and Danny Greene Scholarship, named after two distinguished music educators. This year that scholarship was awarded to both Zavera Basrai and Gavin Hunter.

The Foundation also partnered with the Lewisville-Clemmons Chamber of Commerce to award the first Mason H. Hunter Vocational Scholarship. Hunter’s parents were there to present the scholarship, in honor of their late son, to Owen Hopgood.

Basrai also earned the Elizabeth Anna Windsor Scholarship, presented by Kay Harper Windsor. This honor goes to a member of the cross country team in memory of Elizabeth, a West Forsyth student who was killed in an automobile accident in 1996. Basrai was one of the top three students in the graduating class and will be attending Duke in the fall.

A full-college scholarship was awarded by the North Carolina Department of Military and Veterans Affairs to Abigail Hutmacher, and the W. N. Reynolds Scholarship to Duke University went to Alice Carroll.

Other scholarships awarded were the Clemmons Civic Club Scholarship to Ashley Greene; the Lewisville Civic Club to Tyler Hiatt and Mackenzie Bowen; the Chelham Video Arts Scholarship to Alex Nagy; the DECCA award to Bryce Schamay; and the Daughters of the American Revolution award to Kathryn Cope; The Winston-Salem Department of Human Relations award to Madilyn Brandon.

There were 175 seniors who completed the Crosby Scholars program, some of which has completed the program for seven  consecutive years.

Twenty-two students were awarded the Green Blanket during the awards ceremony.

It was an unprecedented list of accomplishments accumulated by three for Lady Titan athletes over the last several years, and as a result, there was a three-way tie for Top Female Athlete of the Year announced at the recent Awards Day Ceremony.

The three were Lindsay Absher, Destiny Griffin and Callie Scheier.

Absher is the No. 1  pole vaulter in the state and is rated third in pole vault in the United States. She is the 2019 state indoor and outdoor champion and was individual champion three times during her high school career, a school record. She was All-Conference, All-Region and All-State.

Griffin is the 4A state indoor champion in shot put and finished second in the outdoor events by only a few inches. In addition to her track and field accomplishments, she was a key member of the school’s state championship basketball team. She scored an average of 14 points and seven rebounds per game. She was named outstanding player in the 4A state championship, is a two-time Mary Garber Most Valuable Player and a three-time All-Conference performer in girls’ basketball.

Scheier is the North Carolina Associated Press State Player of the Year in girls’ basketball, was the state championship’s Most Valuable Player, CPC Player of the Year, and averaged 22 points per game. She had a career total of more than 1,700 points.

The Top Male Athlete of the year went to Will Atkins, a junior. Atkins broke the 800-meter school record this year and is ranked sixth nationally in this event. He won the 2019 State Indoor Track Championship at the 1,000-meter distance, was the CPC runner of the year and won regionals at the 800-meter distance. He was All-Conference and All-Region. 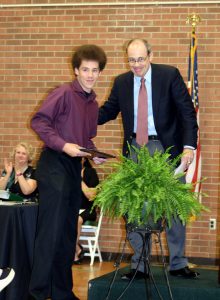 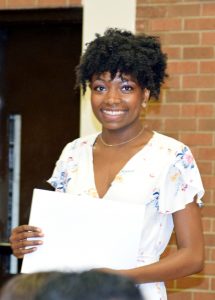 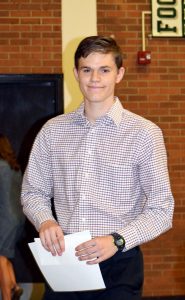 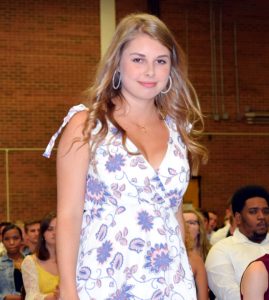 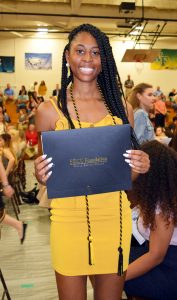 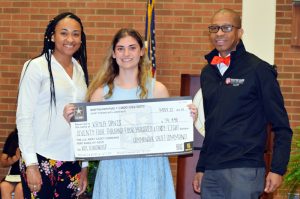 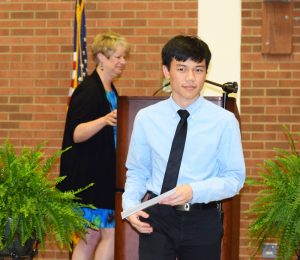