Your Neighbor: Seeing the light in the dark: Educating people about HIV is a big part of Nicole Van Damme’s life 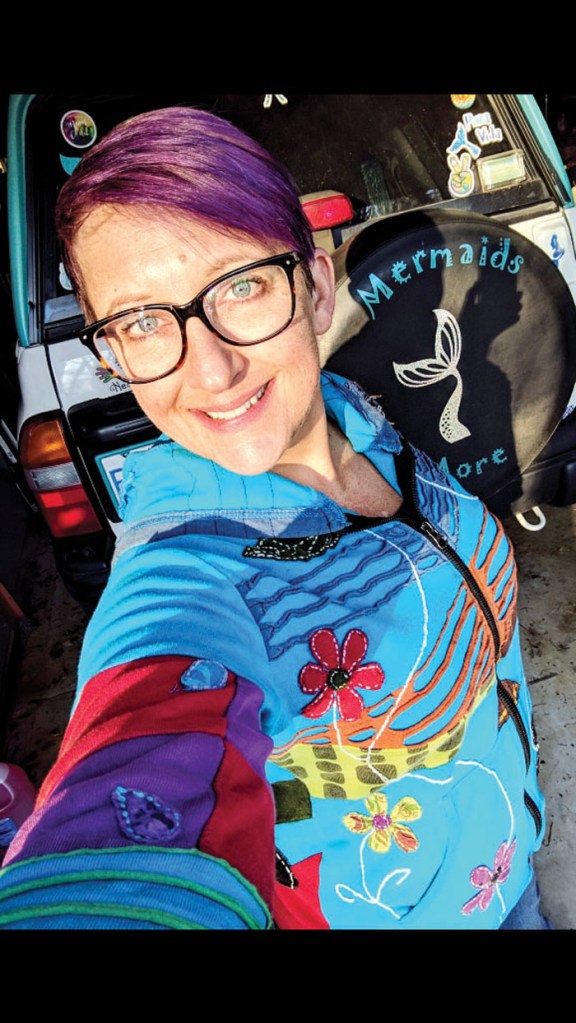 Nicole Van Damme was originally born in Germany before spending the majority of her childhood in Rochester, New York. Between her first two years of high school, Nicole’s parents divorced. “We moved half an hour away from our school, so my sister and I would make lots of crazy trips in the snow. There was a lot of snow,” remembers Van Damme.

Van Damme graduated from college at the State University of New York at Geneseo with a bachelor’s degree in business management. “I loved college. I still dream about going back because of how wonderful it was. I loved the social aspect and living with friends. The campus was just stunning,” reflects Van Damme. College was so important to her that she sold her car the second year of college to pay for her tuition and expenses.

Van Damme was ready to begin working after college and continue her relationship with her boyfriend. “He would later become my husband,” mentions Van Damme. Their career opportunities would take them to North Carolina. Their first child was also born in North Carolina, Cameron, a son in 1998. Their daughter, Zoe followed in 2005.

Life wasn’t easy for Van Damme and her husband. “We went to therapy for his mental health issues,” reveals Van Damme. “We did end up getting divorced in 2010. I had discovered he was unfaithful and he was being verbally abusive. He had vowed to change and I was optimistic. We remarried in 2011. Our therapist called us the perfectly dysfunctional fit. Unfortunately, things did not change. In March of 2012, her husband committed suicide. “And not long after, I learned that I had contracted the human immunodeficiency virus (HIV) from my husband,” Van Damme says. “I was angry and couldn’t talk to him about it. I then went into research mode.”

Van Damme turned that frustration into a positive platform. “I realized that it wasn’t a death sentence anymore thanks to modern medicine. I have started a Facebook group to educate people that if you take your medicine properly, your HIV is undetectable. HIV cannot be transmitted if it is undetectable. There is such a stigma, and I wanted to debunk it through education,” explains Van Damme. Van Damme is contacted daily by people. “A lot of times it’s friends of the person who has been diagnosed,” reveals Van Damme. “They want to learn more and be supportive and informed.” Van Damme also wants to remind people of the importance of being tested. “I am the lowest possible statistic of someone contracting HIV. I got it.”

Van Damme’s dedication to educating people on HIV is a big part of her life. But the biggest she beams with pride is her children and having been home with them for most of their young lives. “I will never regret having stayed home with my kids and having worked part time to do so,” describes Van Damme. With her children much older now, Van Damme is working part time at various jobs. One of them includes a woodshop in Reynolda Village. “I love creating. I love tearing things up and making them beautiful. I am self-taught artist and really enjoy color,” Van Damme notes.

Our optimistic neighbor sees the light in the dark. She chooses to make a difference instead of feeling different. As Helen Keller lamented, “Keep your face to the sunshine and you cannot see a shadow.”

Your Neighbor: In practice: Dr. Aaron Thompson has dedication…