Your Neighbor: Business man: Justin Osborn knows what it takes to achieve success 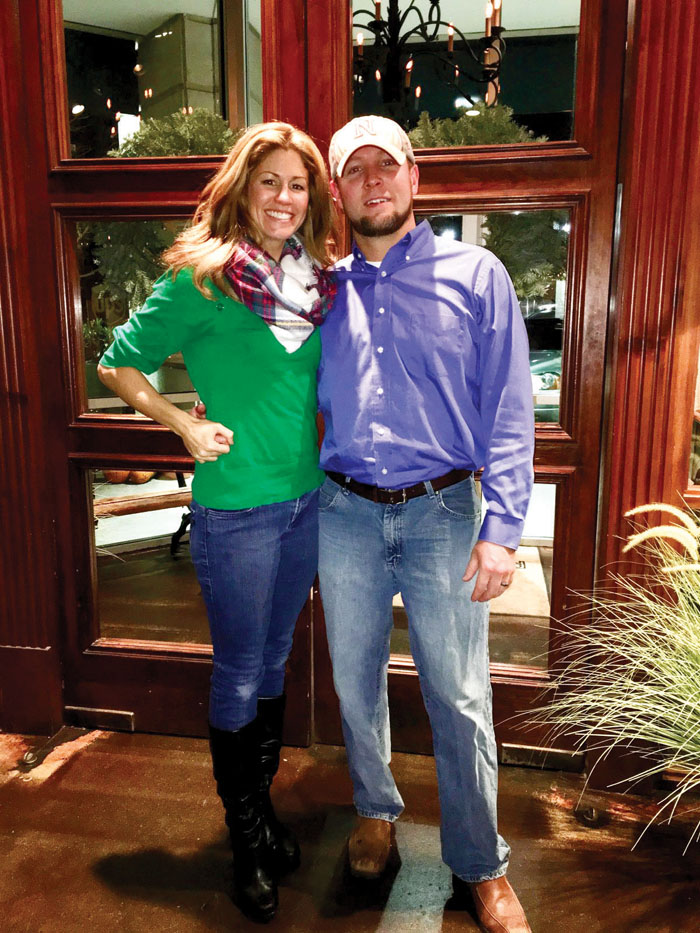 Justin Osborn and his wife Jill

Justin Osborn never thought he would leave Nebraska, where several generations of his family were born and raised. “When I met my future wife, Jill, she let me know on our first date she had plans to move back home to Clemmons, North Carolina, in the near future. She didn’t want to mislead me by thinking she would be staying in Nebraska long term at her news anchor position. She wanted to go home,” says Osborn.

Home for Osborn was pretty idyllic as a child. “I was like most kids growing up. During the summer, we played outside all day and went to the pool. I loved playing basketball, football and baseball. It’s one of the reasons I love helping coach my son’s team — because of all the fond memories I had as a child,” notes Osborn. Perhaps another reason he enjoyed sports was the number of siblings he enjoyed. “I had three siblings I was close to in age, and we had a great time playing together.”

Osborn excelled at sports and school. His senior year, he was named Athlete of the Year and garnered the Most Valuable Player award in every sport in which he participated. He also kept his grades up and earned a spot in the National Honor Society. “I was really excited to earn a scholarship at Northwest Missouri State,” recalls Osborn. “I was crushed when I tore the meniscus in my knee during the last football game of the year.”

Osborn’s injury changed his game plan for college. He decided to attend the University of Nebraska in Lincoln. “I double-majored in economics and finance,” says Osborn. “Since I was paying for my school, I wanted to get my degree as quickly as possible and graduated early.” To help pay for college, Osborn also worked while he attended school. At 21 years old, Osborn walked into the insurance office where he was hired and realized a career in which he sat in a cubicle all day would be a challenge for him. “I decided to go back to school to get my teaching certification,” remembers Osborn. “I really enjoyed teaching high school business classes and coaching the boys varsity football and basketball teams.” While Osborn was teaching high school, he simultaneously worked his master’s in education from Doane College.

“My last year of teaching, I met my future wife and knew really quickly this relationship was a game-changer for me. Things were also different for the basketball team he was coaching. After several years of finishing second in the championships, we had finally finished first,” relays Osborn. Justin and Jill decided it was time to start their new lives in Clemmons. It seemed a banner year all around. They were excited to get married and start having a family of their own.

Osborn also decided to make another career change. His father-in-law owned a financial advising firm, and they decided to expand the services for his clients. Osborn, with his two brother-in-laws, opened Blue Bridge Health Insurance. “I always told my students and athletes that you must always work harder than your opponents, even if it doesn’t come naturally to you. The level of effort you put into it means a lot,” mentions Osborn. “I applied the lessons I tried to teach my former students to opening this business. I liked having a company that actually helps people and businesses get the best health insurance plans available at the most affordable rate. It costs them nothing for our advice, and it can save them so much.”

Osborn also appreciates the flexibility that owning his own business allows. He can tailor his schedule to best meet the needs of his clients and his family. He enjoys spending time with his wife Jill and their three children, Jaxson (9), Olliana (6), and Oaklee (4). He hopes to make sure they are enjoying their summers much like their dad did growing up.

Our neighbor subscribes to the same mindset as Colin Powell, “There are no secrets to success. It is the result of preparation, hard work, and learning from failure.” Of course, Osborn also knows, that any success that comes from a good work ethic is best enjoyed when it is shared with family and friends.