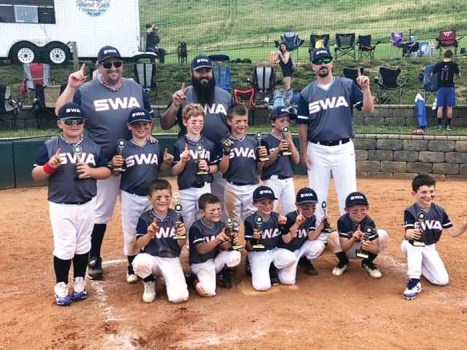 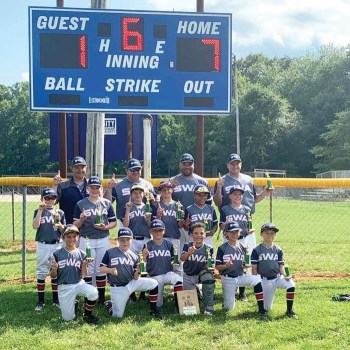 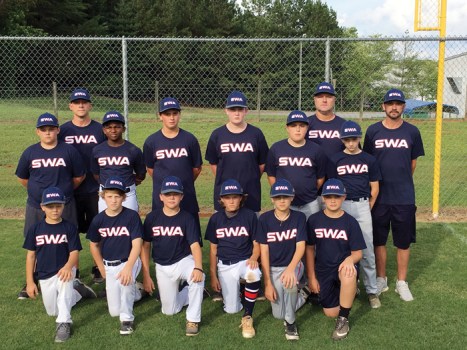 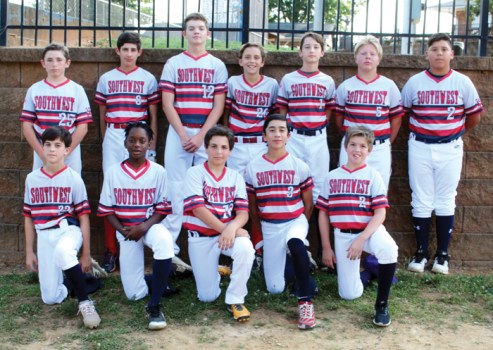 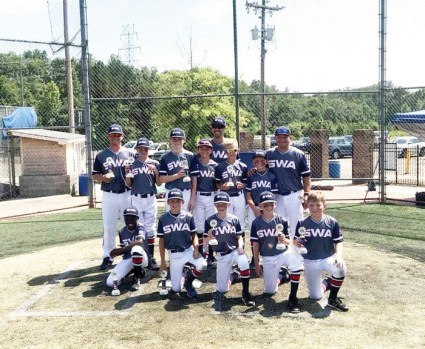 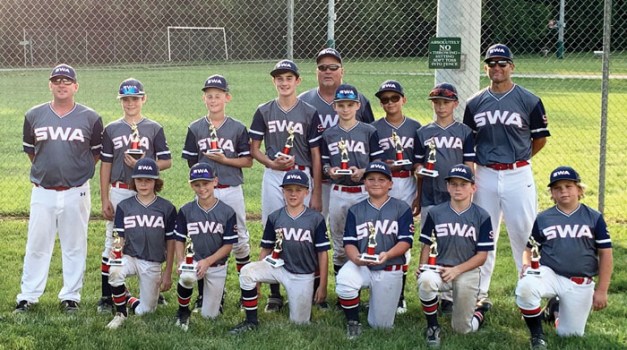 Southwest Athletics will once again be well represented at this weekend’s state baseball tournament championships.

Two other teams also qualified — 11 and under finished in second in their district despite losing their first game, and the 12 and under 46/60 team advanced directly to the state tournament.

Southwest will host the 12 and under state tournament this weekend in two different divisions (46/60 and 50/70), with games scheduled to begin on Friday.

Most of his players played on the 11 and under state championship team from last season.

“We’ve got nine players back who were on that team from last year,” Vest said. “The three new players have adjusted very well and have added a lot to the team. All of our players are pretty experienced and play on the same travel team, the Carolina Rockies. It’s a fun group to coach. They are relaxed and confident. We’re looking forward to a great weekend.”

Jason Holley, the manager of the 12 and under 46/60 team, also expects a good showing from his team the weekend.

“Our players play the 50/70 during the regular season, which really prepares them for this time of the year,” Holley said. “That’s one area where Southwest really raises the standard on the recreational side and makes the league so strong. When we get to the state tournament, we are better prepared for it.”

Holley said that his team is strong in several areas.

“We play every day to get better,” he said. “They play with a great deal of commitment, not just to get results. They are fundamentally strong from beginning to end. We have strong pitching. We’re strong up the middle, and we have great outfield play. It won’t be an easy street for anybody, but we are confident.”

The 11 and under team will be playing its state tournament in Statesville after finishing second at the District tournament in Dobson.

After losing their first game at the District tournament to the defending state champions, Southwest won four straight games playing in the consolation bracket before losing to Equip Sports 14-7 in the championship game.

Manager Donnie White said he learned plenty about his team at the District tournament.

“They didn’t give up and fought their way through the loser’s bracket,” White said. “They played with a lot of heart. You could see the confidence really start to build with them. I was really proud of them to fight and battle back like they did. We’ve got five new players on the team this year, so this is the first summer they’ve really played together. When we get on a roll, we can hit the ball pretty well. And our pitching during the district tournament was really good.”

The 7 and under team, managed by Andy Monk, will be traveling to Thomasville to play in their state tournament this weekend.

The 7 and under games are machine-pitch, and Monk said that his team benefits from strong hitting.

“Hitting has ben the key to our success and we’re fortunate that all of our kids are able to do that well,” Monk said. “We’re able to put the ball in play through the whole lineup. We spend about an hour during each practice on that and about 30 minutes on our defense. It’s a fun age and a fun group to coach.”