In the swim: Zuleger sets records in undefeated season 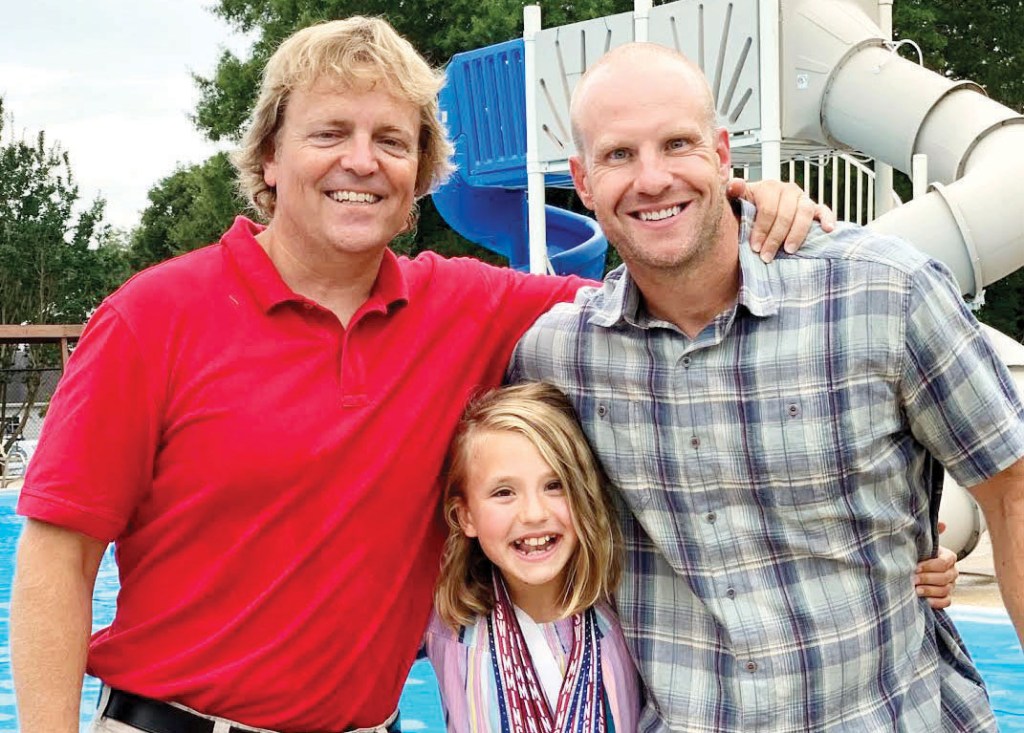 The Greater Forsyth Swim League ended its 2019 summer swim season with an exciting championship on Tuesday, July 16, at the Greensboro Aquatic Center. The league includes more than 1,000 families from both Davie and Forsyth counties. One local family in particular, the Zulegers, have a lot to celebrate. Daughter, Skylar, completed a season in which she gained many new records and personal accomplishments.

Zuleger went the entire summer season undefeated in all of her individual races. “I visualize every part of my race, and imagine myself winning and doing my best,” says Zuleger when asked about how she gets motivated before competing. At the city meet, which is open to the Greater Forsyth Swim League and anyone in the area interested in competitive swimming, Zuleger swept all of her events for the third year in a row. By winning all of her individual events, Skylar earned the High Point winner award for her age group for the 25 breaststroke, 25 butterfly, 100 individual medley and 50 freestyle.

Zuleger’s Bermuda Run swim team coach, Ryan Michel, observes, “It is a joy to work with Sky because she loves to train and will immediately make any adjustment that I suggest; that is rare in an athlete at her age.” It came as no to surprise to Coach Michel that Zuleger rose to the occasion at the league finals.  She was one of only two females to win all of her individual events. “Sky never avoids a swimming challenge, whether it is practicing in the lane with 15-18 year-old swimmers or racing against swimmers with a better seed time in a meet. She is a true competitor.”

Zuleger set several new records while competing at the league finals. She finished with a time of 18.92, beating the previous record of 19.10 seconds for the 25 backstroke. Dad, Chad Zuleger, a former record-breaking swimmer himself during his high school years at West Forsyth High School, observes about his daughter, “I often notice before the start of her races her expression changes, it’s as if she enters a zone of deep focus and then she puts her race-face on.” Indeed, Zuleger put on her race-face for the 25 breastroke event, breaking the previous record of 20.66 and setting a new one at 19.51 seconds.

With two new records for league finals under her belt, and a record that still stands for the 6-and-under age group for the 25-yard freestyle, Zuleger truly enjoys the sport. “I enjoy the fun of it — getting in the water everyday and challenging myself to do the different sets and talking to my friends and laughing.” The fierce competitor does the work, but also appreciates the camaraderie of teammates and the efforts of her coaches. Chad mentions, “If there’s something she needs to improve on, she’ll work on it until she’s completely satisfied with the outcome, even if it means working on it by herself after practice is over. This type of dedication can’t be taught. In her, it is innate.”

Something that resonates with Zuleger’s teammates is what a gracious sport she is, many calling her a “class act.” Leslie Newsome, parent of two swimmers on the Bermuda Run team shares what she has seen in Zuleger. “I have known Skylar her entire life. She is incredibly motivated and hard working, but also very kind and humble. She is such a wonderful role model for all of us — what it means to be competitive while remaining gracious and supportive, not only in the pool but in life.”