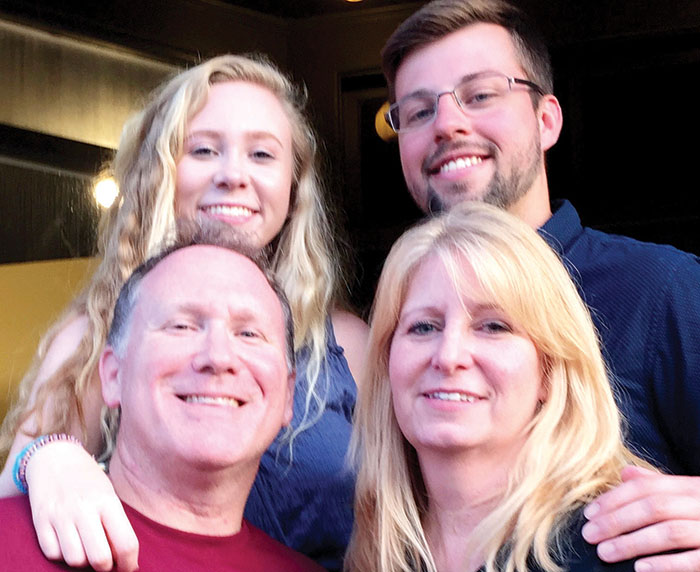 Eric Aft was inspired to serve his community from a young age. Although, home for Aft was in various Southern and Midwestern states due to his parents’ careers, he always found a way to give back even as a young kid.

Like many youth in his community, Aft also picked up several sports. Aft enjoyed playing tennis and soccer, and was even able to take tennis to the collegiate level. “I had the chance to play both singles and doubles. I preferred the team aspect of doubles. It’s a theme that runs throughout what I enjoy doing most. I have always liked seeing how to create something bigger than what you can do on your own. In tennis, the creativity of court coverage, supporting someone else, I enjoyed,” notes Aft. Aft had a successful three-year tennis career at Rhodes College in Memphis, Tennessee. Aft chose not to play tennis his senior year, and focused on other roles he had involved himself in while in school. Aft enjoyed being a resident advisor to other students. He also enjoyed co-coordinating volunteer programs (which 1/3 of the campus community was involved in). “Being able to jump into that role really gave me a good road map on what I wanted to do,” reflects Aft.

Aft was one of three boys growing up. “Both of my parents inspired me. It wasn’t until I was a little bit older, I realized fully how they were great role models with how you treat people, how you include other people, how you give back to your community. They never talked about how you should be involved or how you should make sure everyone was equal. They just did it. We had visitors from all over the world that would stay with us. They would never make a point about bringing up their backgrounds and cultures. That was just normal,” mentions Aft. Aft’s father had led multiple United Way organizations. “Like any kid, you kind of know what your parents do, but not the details of what that entails.”

Once Aft graduated from Rhodes College with a bachelor of arts degree in history, he decided to head to the University of South Carolina in Columbia for graduate school. “It interested me for two reasons. Health care always captivated me, even though I knew I wasn’t cut out to be a doctor, nurse or physician’s assistant. The community connection of hospitals is integral to any community. I wanted to work but also do something that really intrigued me,” explains Aft. Aft was fortunate during his time in graduate school to have very practical applications from his internships integrated into the program. He recalls the impact one specifically had on the direction he would ultimately go. “It was a community based program that addressed issues on substance abuse and pregnancy in South Carolina. We had to strategize ways to change the dynamics with some really excellent community and corporate leaders,” describes Aft. “I realized I wanted to see what I could do along those lines. That’s what made me want to get started with various United Ways. I wanted to help look at multiple community issues, and get people together.”

Aft’s passion to solve critical issues also would lead him to meeting his future wife, Lisa. Both chief executive officers of local United Ways, they met at a conference, and immediately saw the commonalities they shared. In 1998, Lisa and Eric got married. Eric was excited to expand his family even more with Lisa’s son, Avery who was 4 years old. The Aft family had daughter, Claire, in 2000 while still in Lynchburg, Virginia, before they would ultimately make the Winston-Salem area home.

While Aft has had a successful career professionally, and is currently the chief operating officer for the Second Harvest Food Bank of Northwest North Carolina, you can also hear the passion he has for his grown children. Aft made it a priority to coach Claire’s soccer teams and then field hockey once she really honed her passion for the sport, much like Eric did with tennis. In fact, Aft was helping coach when Reagan High School brought their first conference championship home. Aft also relishes in time spent with Avery, whether it’s cheering on the Cincinnati Bengals or the Atlanta Braves. Aft makes it a priority to see Avery in action as the band director at Millbrook High School in Raleigh.

The family man recognizes that what he enjoys most about work, is that it’s truly not an obligation he has to do every day. When asked what Aft’s hobbies are he emphasizes, “My passion is all around the work that I do. How can we make a difference in the lives of other people. Sure, I follow some sports teams as hobbies, I read fiction and non-fiction, but at the end of the day, how do we better, how do we do more to help people reach their potential,” reflects Aft.  With one out of seven northwest North Carolinians struggling with hunger, and one out of five children, Aft is instrumental in helping. At the Second Harvest Food Bank of Northwest N.C., they are a central source of food, nutrition education services and tools for effective advocacy for a network of 460 local programs. Their partners include food pantries, shelters, soup kitchens and meal programs for children, seniors and adults with disabilities. Aft also very much appreciates how his Lisa helps inspire him. “She has an amazing mind. We have an incredible partnership around this drive. It makes me better. We always have the same goal in mind, even if we get there on different paths.”

Our neighbor lives each day much like the observations from Mahatma Gandhi, “The best way to find yourself, is to lose yourself in the service of others.”