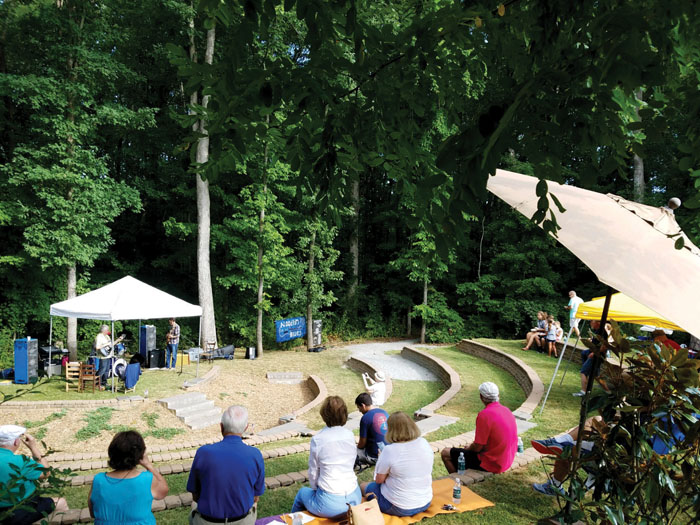 Round No. 2 of Clemmons Coffee, Donuts and Jam will take place on Saturday, Aug. 17, at the Ryan Wood Memorial Amphitheater from 9 a.m. until 11 a.m. The event is sponsored by the Clemmons Rotary Club, with Krispy Kreme providing free donuts and Starbucks supplying the coffee.

The event is free and open to the public and will feature musical acts in an open mic format.

Gardner, one of the event organizers, is hopeful that the event will continue to gain steam. The first one was held on July 20 and featured five musicians.

“We had about 25 people come to the first one,” Gardner said. “We were pretty happy about that because it was hot as blazes out there that day. But everyone who attended had a great time and we just want to carry that over to this one and maybe see it grow some with the number of people who come as well as the performers.”

Gardner said he already has several commitments from musicians that will be performing, including one that performed at the first event.

“I’ve also got a barbershop quartet lined up, one band, and several individuals,” Gardner said. “This is just something that we want to provide for the community that is fun for everyone. We also hope that we can grow out membership in the Rotary Club, but we’d really like to see the community come out and get behind it. We’d love to see it grow to the point where we can do it every month and get a great turnout.”

Gardner said that he would even entertain continuing the event through the winter months if the demand warrants it.

“I think the old Clemmons Elementary gym would be a great location if we ever need to go indoors,” Gardner said. “We just want people to come out and have fun.”

Gardner’s son, James, was good friends with Ryan and helped build the venue for his Eagle Scout project.

After Ryan died, James wanted to do something to honor his friend’s memory and decided to construct the amphitheater.

Doug and several others helped build the facility, which also honors 12 additional students who died at a young age. Work began in the fall of 2014 and was completed in August 2015.