West Forsyth ready to kick off season against Dudley 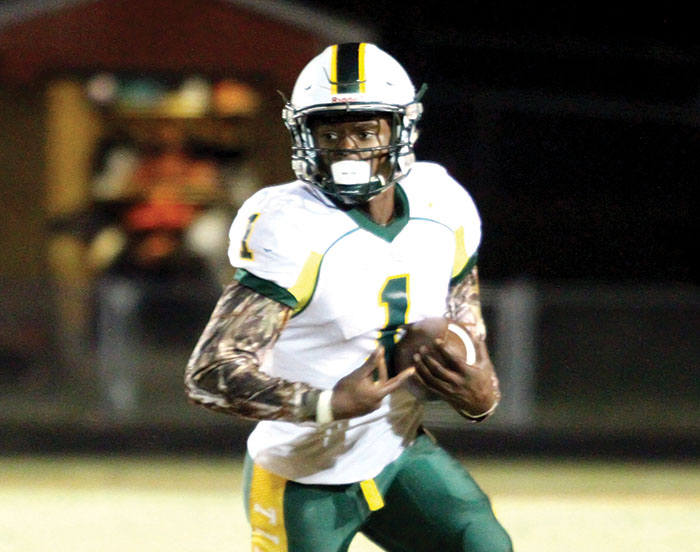 The start of a new football season always brings a renewed sense of sense of energy, hopes, optimism and purpose.

And maybe even some new uniforms, which is the case for West Forsyth.

The Titans will kick off their 2019 season on Friday night against Greensboro Dudley at Jerry Peoples Stadium at 7:30 p.m.

West was hard at work during offseason workouts that led up to the start of practice on Aug. 1. Friday night is their first chance to see the results of their efforts.

“It’s ‘go time’ now,” said Coach Adrian Snow, entering his 12th season at the helm. “Everything you do up until this point is to get to this point. We’re excited. We’re ready.”

West will try to build on an 8-4 (4-1 Central Piedmont 4-A) record last season that ended in a first round loss in the NCSHAA 4-AA playoffs against Reagan.

Snow has been encouraged by what he has seen from his team during practice and in the team’s scrimmages.

“We’ve got some really good, experienced players back and some new faces to fill some holes,” Snow said. “Right now, it’s just more of a giant puzzle and you’re trying to find the best fit to make the picture look good.”

The Titans have 32 seniors on their roster, which also features seven returning starters, or players who saw significant playing time, on offense and six on defense.

Senior running back G’Mone Wilson, who rushed for more than 1,500 yards and 16 touchdowns last season, and senior quarterback Jalen Ferguson should see the majority of the reps behind center. Ferguson grew more and more confident in the role as last season progressed, finishing with nearly 1,600 passing yards and 17 touchdowns.

“G’Mone is just someone where you need to know where he is on the field at all times,” Snow said. “Every time he touches it, he’s capable of running one in. We’ll look for him to have even more of an impact this year.”

Zy Dillard, who missed last season with a knee injury, will be another option at running back, while Shane Jarvis, who will also see plenty of action at wide receiver, can spell Ferguson at quarterback.

“We’ve got a lot of options on offense because we’ve got a bunch of kids that can just flat out play,” Snow said. “We’ve got some good athletes who are always pushing others and can also fill in some of those spots. I think that competition is really good for us as we continue to gel. I feel pretty good about that group as a whole because of their experience.”

Snow’s offensive line is one area he may be most excited about. He used one word to describe his players in the trenches: “big.”

“It’s the biggest group I’ve ever had, maybe the best group I’ve ever had,” Snow said. “They’re big. They’re athletic. They’re physical. They are continuing to develop. They are great kids. You ask any college of professional coach about their lines and they’ll tell you if you have some good ones up there, you’ve got a chance. I think it will cause some people some problems because they are so big.”

Receivers C.J. Graham and Stephan McMillian will be counted on to contribute in the passing game, as will tight end/h-back Jordan Kennedy. Jerren Scott has also been productive in practices thus far, and Snow said he has also been impressed by what Jarvis brings to the table as a receiver.

Defensively, the Titans have some key holes they had to plug because of graduation.

One returning player Snow will count on to bring his leadership will be senior linebacker Giovanni Ricciardi.

“You just know what you’re getting from him as a player,” Snow said. “He gets after it. He competes. He always seems to find his way to the ball. He should be the leader of our defense this year.”

Sophomore Mack David has been solid during practice and earned another starting linebacker spot.

“He’s got good bloodlines,” Snow said. “His dad was an All-American at Appalachian State. He’s looked really good early on and has lots of good things ahead of him.”

Slade Garraghty and Will Knight will be counted on at outside linebacker.

“Both those guys are long, they’re athletic, and they can run,” Snow said.

Kendall Williams will be counted on to provide his leadership in the secondary.

“He’s the only returning player who got significant playing time back there last year,” Snow said. “We kind of entered this season with a bit of the unknown in those roles. James Gordon and Nasion Johnson, who both played running back for us last year, have moved over there to help us out and we’re excited about what they bring. And Jake Hill, Chris Van Kleek, and Justin Borja are all strong and athletic players that aren’t afraid to hit you.”

The defensive line will be anchored by Pat Smith, Douglas Roper and Joshua Greiner.

“We’ve got a plethora of kids who can get out and there and are capable of making plays,” Snow said.

Snow has lined up a tough schedule to challenge his team.

Six of the Titans’ first seven games are against teams that made the playoffs last season, and West will open its conference play against defending 4-A state champion East Forsyth on Oct. 11.

“There’s no cupcakes in there, are there?” Snow said with a laugh. “It may be tough, be that’s what prepares you. Playing against great teams gives you a chance to see what you can improve on really quick. What doesn’t kill you makes you stronger. We’re looking forward to a great season. Nothing beats football on Friday nights in the village.”