After the Final Bell — back to school edition 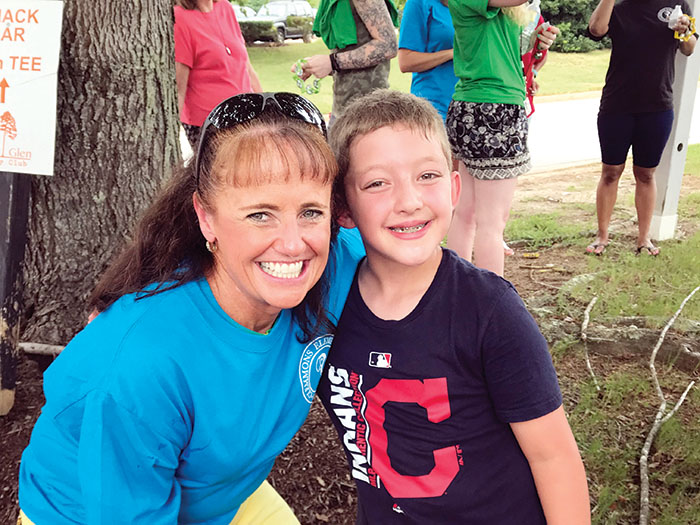 Dr. Wendy Brewington, principal at Clemmons Elementary, and Christian Burns a fourth-grade student at the school.

This past Monday, nearly 55,000 students in the Winston-Salem/Forsyth County School System returned to classes to begin the 2019-2020 school year.  The first week of school is always a major undertaking for the fourth largest school system in the state that has 42 elementary schools, 14 middle schools, and 15 high schools.

The first few days of school require a significant amount of coordination involving administrators, teachers, and support personnel such as bus drivers and cafeteria workers for the school year to get off to a positive start. It has always amazed me that the first week of school seems to go rather well considering the thousands of “moving parts” that are involved.

Dr. Wendy Brewington, the principal at Clemmons Elementary, has already had her staff actively engaged in several activities to help them to prepare to meet their new students. On the first teacher workday, teachers did a two-hour bus ride that covered the six neighborhood bus stops where students will be picked up this school year. At each stop, they were greeted by cheering parents and students, some of whom held a welcoming poster. At some of the stops, teachers were provided with snacks and bottled water.

Dr. Brewington also has a plan this year to organize her staff into nine teams to help students with mentoring and to help children who are new to the school. This will be modeled after the television show “Survivor,” and each team will be a “tribe” represented by a color to identify their members.  Teachers on each team will wear T-shirts representing a color assigned to their team. The students will wear wristbands representing their team color. Older students will be given responsibilities to help younger students. Dr. Brewington noted that the school can use donations to help to get this program started and that an Amazon account has been set up where items can be donated.

For teachers and students, the first few weeks of class involve a time period of getting to know each other and developing some chemistry in the classroom. Lisa Putnam is a veteran teacher at the Career Center where she teaches AP calculus. She indicated that her biggest challenge at the beginning of each school year is helping her new students become accustomed to the rigor of taking a college-level course.  Her husband Chip, who will be teaching AP environmental science and honors chemistry at West Forsyth, said that his biggest challenge is learning the names of his students. This is not surprising, given that some high school teachers have as many as 180 students enrolled in their classes!

As a recently retired high school teacher, I remember that meeting my new students at open house just before school started was always one of my favorite days of the school year. I met students and parents at both West Forsyth and at the Career Center during my teaching career, and it was always a high energy and enjoyable event. I would typically meet about 100 students. Some parents would also accompany their children and typically about a dozen former students would drop by to say hello. All of this in about a two-hour time span!

Open house was always an enthusiastic evening that involved answering many questions about course content and class expectations while trying to maintain a constant smile and attempting to make a good first impression. The most common question that I received from students involved asking for permission to see the class rosters to determine if any of their friends would be in class with them, and the most common question from parents was the amount of homework that I assigned. The students did not seem as eager to ask the homework question.

The open houses for local schools are now a distant memory, and school has been in session now for about a week. It is likely that most teachers have already assigned homework, and some have probably announced the date of their first exam. Reality is now setting in for administrators, teachers and students after a summer of visiting vacation spots, taking beach trips, and catching up with distant relatives.

As the school year begins to unfold, I will be resuming my column that features successful students from our area. Last year, I wrote about interesting individuals who ranged in age from an 11-year-old young lady who raised more than $1,000 for the SECU Family House to a 41-year-old former student of mine who won a national book award.

I am looking forward to featuring a new group of successful young folks who are working hard, enjoying much success, and giving we adults hope for the future. If you know of a young person that you would like for me to feature in my column, you can email me at LKStom@aol.com.