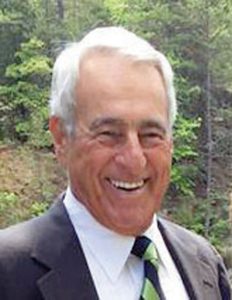 With the November election just two months away, Bermuda Run has a new mayor.

The Town Council voted 4-0 in last Tuesday’s agenda meeting to appoint John Guglielmi as mayor to replace Ken Rethmeier, who was closing in on completing his second four-year term. Rethmeier left his office earlier than anticipated to relocate closer to his children and grandchildren after his home unexpectedly sold within days of being put on the market.

Guglielmi, who has served as Bermuda Run’s mayor pro tem since 2013, resigned his seat on the council to accept the position as mayor. As Guglielmi’s seat is up for election in November and there are three people seeking the seat, the council took no action to appoint someone to fill the now empty spot.

Upon Rick Cross being elected as mayor (barring anything unforeseen as he is running unopposed in November) and his swearing in at the Dec. 10 council meeting, his seat on the board will be available for the council to appoint an individual to fill that seat until the end of the term in 2021.