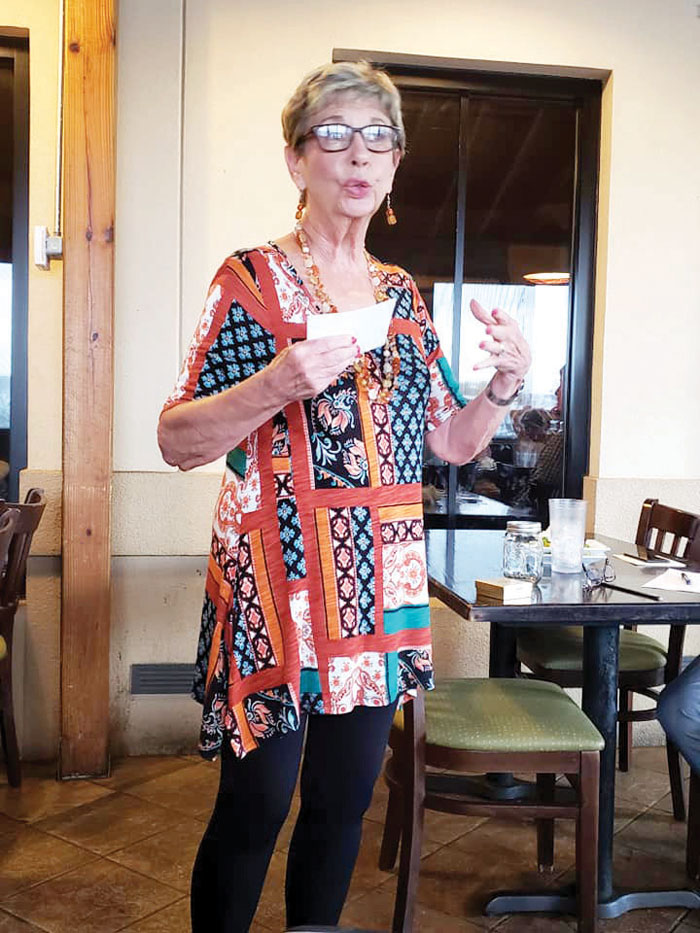 Betty Balser presents a program on a service project called CART (Coins for Alzheimer Research Trust) at the Aug. 27 meeting of the Rotary Club of Western Forsyth.

Western Forsyth Rotary’s service project, Coins for Alzheimer Research, or CART, is dedicated to raising funds to provide “seed” money for cutting edge, high impact research in hopes of finding a cure/prevention for Alzheimer’s disease. Research projects are all within the United States, and 100% of all donations go to research.

CART had humble beginnings that started with an idea in the Sumter, S.C., Rotary Club. It has spread to more than 25 districts, including our own, District 7690. The fundraising concept is simple. CART is funded by Rotarians who empty their pockets and purses of loose change and deposit that money in jars set on tables. The result is far from “petty” cash.

Since its beginning in 1995 and through 2018, 45 CART grants have been awarded totaling $7,200,000. Several of the most promising grants have been continued with awards from other “deeper pocket” sources, such as pharmaceutical companies and foundations. So, once again, Rotary dollars have been multiplied.

Additional monies have also been collected through memorials and honorariums. The largest donation came from a woman (a non-Rotarian) in North Carolina who donated $250,000 to in memory of her two sisters who died from Alzheimer’s disease.

CART’s beginnings were humble, but its goal is impressive — and let’s hope it’s legendary just as Rotary’s End Polio Now project has been.