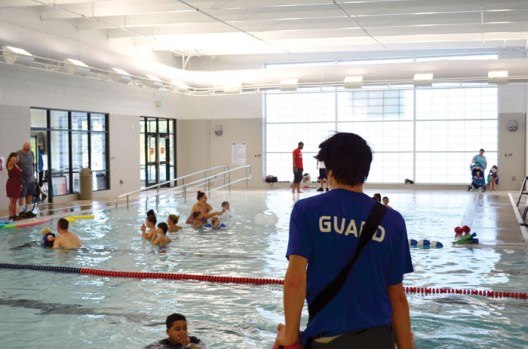 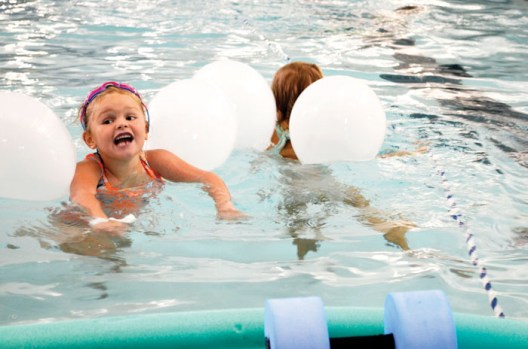 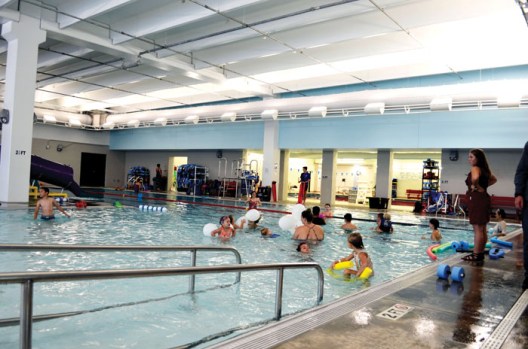 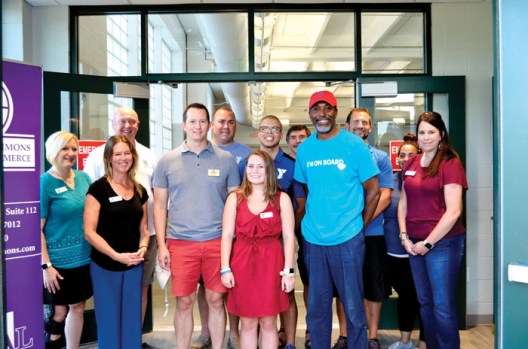 With the original pool overflowing with people and programs, the Jerry Long Family YMCA in Clemmons has long been in need of another body of water, so the recent addition of a new indoor pool and slides has truly been a dream come true.

“We have a L-shaped zero entry up to 7 foot in depth pool with four lanes and two slides for the kids,” said Rosemary Suess, vice president of operations and executive director of the Jerry Long Y. “There’s nothing like this in the area.”

The pool has been open for about three months and accommodated the summer camp kids, but Y officials wanted to wait until the slides were installed recently before having an official dedication and ribbon-cutting on Sept. 7.

The $3.5 million project includes the pool and slides (at an estimated $2.6 million), office space, multipurpose room, teen center (which replaces the residential house on the property that was leveled) and the recent parking lot addition.

“The new pool aligns with the Y’s three areas of focus — youth development, healthy living and social responsibility — and allows for more recreational and programmatic scenarios,” Suess said. “We’re real excited. It’s been very well received. There have been a few hiccups with group exercise because it’s a different dynamic, but we’re working through that.”

A wall was removed from the original pool that has been in place since the Y opened in 1993, to create a joint space with the new pool, which can serve various purposes.

“You’ll see with that L-shape on the zero-entry side it’s much more shallow,” said Michael Bragg, communications director for the YMCA of Northwest North Carolina. “You’ll see kids and families playing in there, kind of splashing around. It’s very kid-friendly, but it at the same time it’s very easy for folks to walk in who might not be able to go down steps as easily.”

Suess said that the new pool is indeed for everyone.

“We do all of our swim lessons, whether it be kids or adults in that pool,” she said. “We have group exercise that now takes place in that pool, and we now have recreation. I’ve been at this branch for three and a half years, and I’ve never seen so many families making use of the pool.”

And how will the new pool play in with the existing pool?

“Lap swimming and swim teams primarily,” Suess said. “The old pool will be kept cooler for lap swimmers at 82 degrees, and the new pool is kept warmer for the swim lessons and the programs at 86 degrees.”

Certainly there will be more water to go around for all the activities — swim lessons (2,000 in the last year), the TYDE Swim Team, water exercise, lifeguard certification and safety around water program.

Suess said that another reason for the Y to invest in the new pool was “we’re the parks and rec for Clemmons, so the community deserves more water.”

She said the Jerry Long Y values its role as a true partner with all the community support and collaborations, and even scheduled the ribbon-cutting ceremony on the night of hosting Movie Night in the Village, an event offered through the Village of Clemmons.

And this adds to fulfilling a longtime hope and vision for many at the local Y, which has 15,000 members (not even including program participants) — the largest in the YMCA of Northwest North Carolina.

“Adding this other volume of water, it’s probably been a decade in the works in dreaming about this from the members’ perspective to then, internally the Y staff,” she said. “It’s a great thing to have this all semi-complete, and I say that because there’s more to come. We kicked off with the parking lot project, and the bulldozing of the teen house is going to allow for future capital projects.”