Clemmons Elementary student has a heart for community service 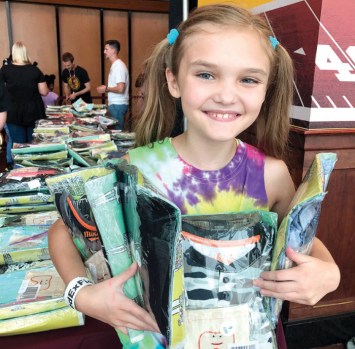 Bella at the Back to School Drive at the Redskins Stadium 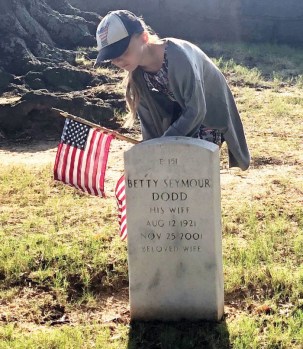 Bella puts out flags at the National Cemetery in Salisbury, NC for Memorial Weekend. 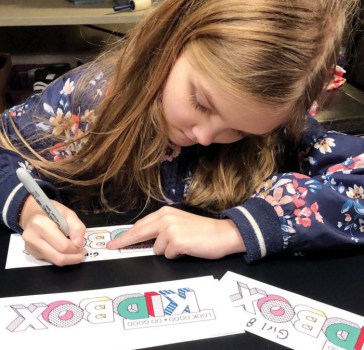 Bella helps to organize clothing tags and labels for a clothing give. 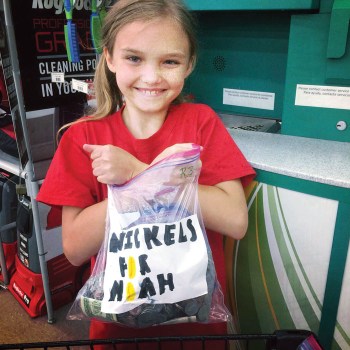 Bella turns in money for Nickels for Noah 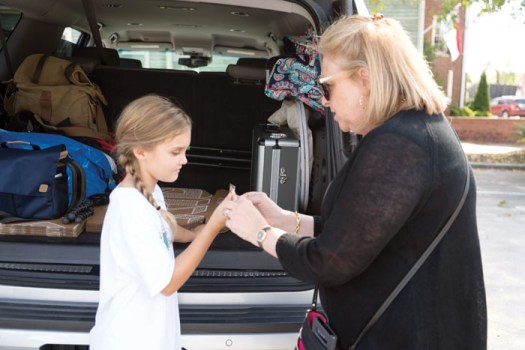 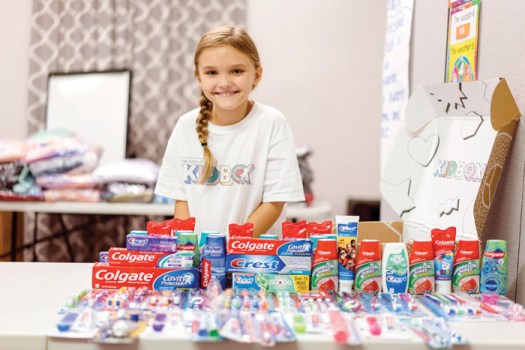 Bella Davis is not a typical 10-year old. While most kids her age do fun activities when they have free time, the ambitious fifth-grader at Clemmons Elementary has organized several impressive community service projects over the past year. “It makes me sad when I see other people in need,” she remarked, “but it makes me happy when I can help them. I just want to do it.”

Her first service project came about after discussing her desire to help victims of Hurricane Florence last September with her aunt, Melissa Sheets of Lexington. Her aunt’s suggestion for Bella was that she should collect toothpaste and toothbrushes for storm victims in the eastern part of the state who were affected by the storm. Bella then organized a collection drive that resulted in the fourth-grade classes at Clemmons Elementary bringing more than 500 toothbrushes to school that Bella eventually delivered to storm victims in New Bern. As a fourth grader at the time, she visited the classes in her grade level and did a presentation to each of them to sell her project. She made the trip to deliver the toothbrushes that were collected with a non-profit organization called KidBox’s Community Moms. Her efforts resulted in being recognized as an Honorary Citizen by the mayor of New Bern.

A few months later, Bella asked for donations rather than receiving presents for her 10th birthday for Saving Grace K9s, a nonprofit in Lexington that matches veterans who have PTSD with a service dog.

In April, Bella applied to become a member of the KidBox Board of Directors. KidBox is an online clothing company for babies and children. The company selects 10 children from around the country to serve on its board. The kids are selected based on their efforts to raise social awareness and their desire to spread kindness through community service projects. The application process involved submitting an application and presenting a video, and Bella was one of the 10 students nationally who was selected.

Soon after being selected to the KidBox Board of Directors, Bella ran a campaign called Nickels for Noah. Her efforts raised $1,000 to help provide a service dog for a young man named Noah who has autism.

This past July, Bella had the opportunity to travel to New York City to meet the nine other members of the KidBox Board of Directors. Each member presented their own unique “give” that will allow them to distribute their $10,000 worth of clothing donated from the company. Kidbox has a social mission to clothe one million children in need. Bella’s presentation involved creating a clothing closet for KidzDreamzKlub, a nonprofit afterschool center in her hometown of Lexington. Bella is asking for donations from the community that will be added to the KidBox donation. The goal is to have the items collected for distribution by April of next year.

In August, Bella made another trip with KidBox to FedExField, the home of the Washington Redskins, with her aunt to hand out 500 sets of clothing for a Back to School Fair.

Remarkably, Bella finds the time, in addition to doing her school work and organizing her community project, to be involved in the Lexington Youth Theatre. She will have multiple roles in the production of “Elf” which will take place in November. The self-confidence that was evident when she presented the need for donations for hurricane victims to classes at her school last year is also evident in her role as an actress. “I enjoy theatre,” she said. “I’m not afraid of getting up in front of 1,500 people.”

Her mother Sara is a fourth-grade teacher at Clemmons Elementary where Bella attends. She is amazed by the passion that Bella and the friends that she has made at KidBox have for helping others. “It is neat being around these children who are world changers,” she said. “You wonder if the parents are pushing them, but the kids are doing this themselves. It makes you wonder as an adult what you can do to contribute.”

Haim Dabah is the founder and managing partner of KidBox. He has a powerful message for the kids who are involved with community service projects. “Show other kids acts of kindness because your random acts of kindness will inspire other kids to do the same thing.” At the tender age of 10, Bella Davis has already provided such inspiration to not just other children, but to many adults as well.

If you know a young person in our community who has made in a significant impact on their school on in the community, please email Larry Stombaugh at LKStom@aol.com for consideration for a story in a future column of After the Final Bell.