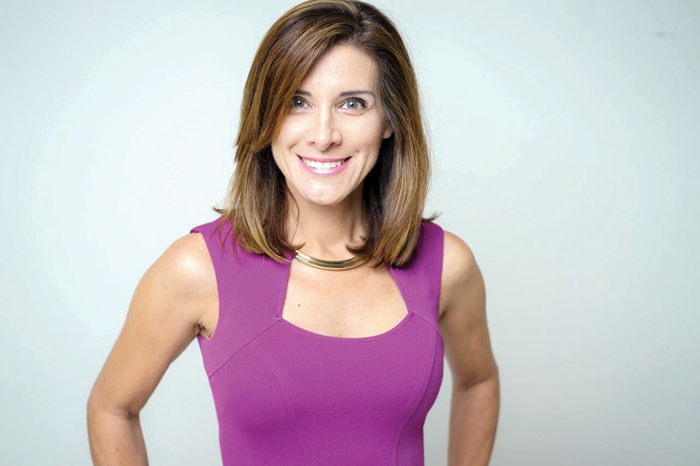 An all-female lineup of nine world-renowned experts representing various backgrounds will be featured at the event. Blanca Cobb who is known as “Hollywood’s Body Language Expert” will be the local emcee and special guest speaker. “Many women don’t realize that it isn’t always what you say, but what you show that sends messages about your leadership capability.” Cobb has made appearances on several well-known television shows including “The Today Show,” “The Steve Harvey Show,” “Dr. Oz,” “Face the Truth,” and “The Doctors.”

In addition to Cobb, the other nine speakers will be presenting via simulcast from Atlanta. They include the following:

• Kendra Scott, a jewelry designer and founder of her own company

• Glennon Doyle, founder of Together Rising

Ditra Miller is the executive director of the Lewisville-Clemmons Chamber of Commerce. She noted that the event at WinMock will be one of three Leadercast Women events that will be held between Washington, D.C., and Atlanta.

“We (the LCCC) have been around for 12 years,” Miller said, “and it’s exciting to me that this will be the first women’s event that we will be hosting. Women in leadership positions from all over the state will be leading round-table discussions.” Michelle Spell will be one of the facilitators. She is a recent winner of “Cupcake Wars,” a popular television show, and she has opened Ava’s Cupcakes with a store in Clemmons and one in Winston-Salem.

The Leadercast website offers the message that “Leaders are born, not made.” Matt Booth is a business development executive for the organization, and he noted that those who attend Leadercast Women will benefit from a variety of speakers. “You will hear a message from a lot of different angles,” he said. “This is a very diverse group of presenters, and people will be moved and motivated by (at least some of) them. These are people from media and business backgrounds who can give their expertise as well as to provide motivation.”

Admission for Leadercast Women is $109. Clemmons Courier readers can save $10 by using the promo code COURIER. A special rate is available for groups of five or more. Anyone who is interested in attending can register by contacting the LCCC at events@lewisville-clemmons.com or calling 336-970-5100 for information.

There will also be roundtable discussions during the event that will be led by local female community leaders and entrepreneurs.