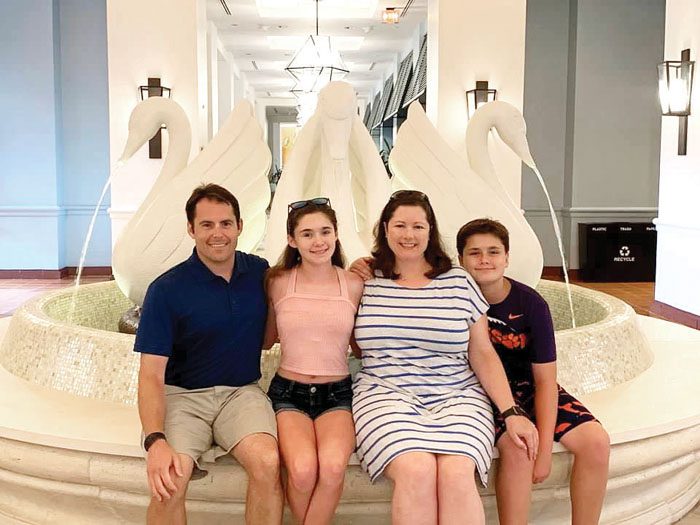 Jason Felten has always valued family. Growing up in Connecticut, his family moved to the Lewisville area of North Carolina for his father’s job when he was 11. “We moved with two weeks left of my fifth-grade year. Luckily, my mom convinced the school to let me attend for those remaining two weeks,” jokes Felten.

As Felten got older, he enjoyed playing golf in middle and high school. “I didn’t play too many different sports until college. I really enjoyed even at that age spending time with my parents and family,” reflects Felten.

Felten chose to attend Furman University after visiting many smaller private school campuses. “The campus was gorgeous. I really had considered Wake Forest but wanted to try something a little further from home,” mentions Felten. Felten double majored in biology and French. “I had gone into college thinking I was going to major in business. I realized fairly quickly that I wasn’t passionate about it to stick with it. My second day of statistics I changed my major,” remembers Felten.

Felten made another wise and important life decision during his time at Furman. His freshman year, he had invited a longtime friend, Jeannie Fansler to a dance at his school. “We had been friends for many years and had always gotten along really well. Something just clicked when she came to the dance,” recalls Felten. They began dating seriously while they both finished up their college years.

Felten graduated in 2001 and wasn’t quite sure what he wanted to do with his new degrees. “I wasn’t keen on graduate school because I knew I needed a break. I had built fishponds in the summer and really enjoyed it. We even built some ponds for well-known NASCAR drivers like Richard Petty. Because I had enjoyed it so much, I had entertained going into the pond maintenance business.” However, Felten received a suggestion from an aunt that would change his mind and professional career. She had mentioned that he try substitute teaching at a local school to see if it would be something he would be interested in doing full time. Ironically, when Felted submitted his resumé at the middle school, the principal called immediately and offered him a full-time position.

“I didn’t have an education background so I had to do a lateral entry,” recalls Felten. Once licensed, Felten recalls his first day of teaching. “I had prepared my lesson plan the night before. When I got to class, I had finished it in 20 minutes. I still had 40 minutes left. I thought to myself, I’d plan better the next day. So when I came in, I was done in 30 minutes. I didn’t think I was going to make it or it was what I wanted to do. I thought I just needed to get through the week.” Felten, however, did do better and did learn quickly. “I think the first two weeks of teaching in middle school I learned more in such a short period of time than I could have anticipated.”

After four years of teaching in the public middle school, Felten truly loved teaching his students. The only frustration at that point he found was the rigidity of the curriculum and the testing mandates. Jeannie’s family (who was now his wife) owned a toy store at that time. As fate would have it, he ran into a former middle and high school friend who was also in the education profession at an event for the store. “He had told me that the private school he was working at was hiring science teachers, and that I should apply.” Felten applied and was given the position of teaching middle school science, math, and French. Felten taught there for six years, and during that time, his oldest child, Maddie started attending as well. The school had experienced four different headmasters in those six years, and continuity was a challenge.

Felten knew it was time for a different opportunity when fate aligned itself again. The same friend that had informed Felten of the position at his current school was headed to Summit School to lead as the upper school director. He had encouraged Felten to apply for an open science teaching position. “I had applied to Summit awhile back, but the position was filled quickly. I was really excited when I was hired,” notes Felten.

Felten has been at Summit School now for eight years. He teaches eighth-grade science, and really appreciates the flexibility he has been given. “I’ve been supported by the administration if I find ways to improve the curriculum. Each year is different. Each group of kids is different. It’s constantly changing. The key is to find a way to teach to them to make it meaningful so they can apply it outside of the classroom too,” describes Felten. He has embraced his enjoyment for sports and competition too. As the coach for the golf team, he has held the winning streak of never losing to another middle school team in more than 10 years. He also enjoys coaching the varsity volleyball team. “You get to know your students better when they are doing activities they want to participate in,” describes Felten.

Felten also challenges his students outside of the classroom in the multi-sports program. Students have the opportunity to enjoy physical fitness in a variety of settings. “One day it’s dodge ball and the next it’s kickball. We’ll do anything from from bowling, weight training, cardio circuits, ice-skating, zip lining, or skeet shooting. We’re always changing it up to make fitness enjoyable,” explains Felten.

Felten also enjoys teaching and coaching in an environment where he can see his children daily. Daughter Maddie is in ninth grade, and son Nathan is in sixth grade, also at Summit School. “I enjoy being a part of their time in sports and competing at that level,” notes Felten. “It would truly be difficult to find another environment where I have been given such autonomy,” says an appreciative Felten.

When Felten isn’t coaching, teaching, or parenting, he can be found cultivating his passion for houseplants. With more than 40 different kinds in his classroom, he has taken his hobby to the next level by collecting them from Reynolda Gardens, different local stores, and even online. The avid plantsman jokes, “I’m not allowed to have them at home, but because my classroom is south facing, it probably is best anyhow because of the sun we receive.” Felten knows the scientific name of each plant that takes up residence in his classroom.

Our neighbor’s enthusiasm for inspiring our next generation and his own children reminds us to always be mindful of learning. As golfer Ben Hogan noted, “I never played a round when I didn’t learn something new about the game.” 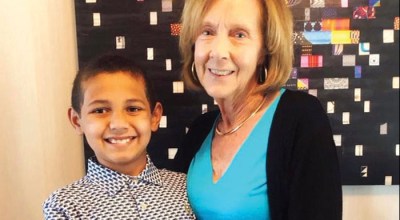 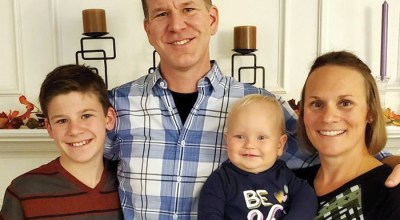 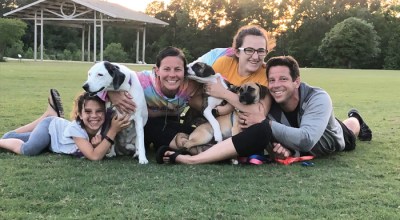