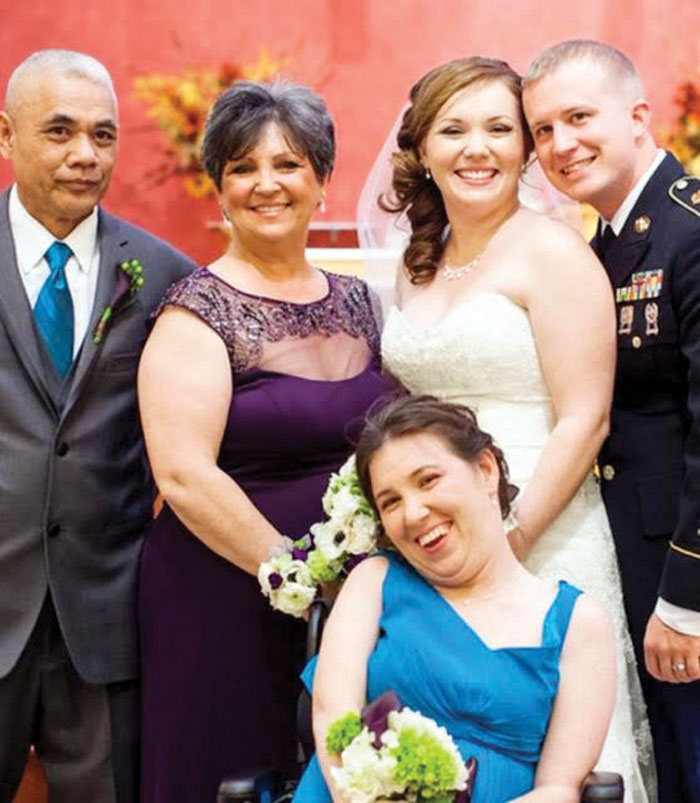 Debra Orden has always known home is where her family resides. Orden was raised in Long Island, New York, as the second-oldest of seven children. “We always had someone to play with growing up. We also lived near our cousins too,” remembers Orden. With Czechoslovakian roots, Orden treasured the memories of going to mass and events that honored her family’s cultural background.

Orden’s father was transferred down to North Carolina due to a career opportunity. Sad to leave her extended family, Debra made friends and created a niche here in N.C. Out of high school, Orden got a job at the First National Bank of Catawba County in the personnel department. Getting her feet wet in the banking world was a good fit for Debra. She ultimately went on to work at then Wachovia Bank in customer service. “I traveled to various colleges and universities to explain their customer relations options. I liked working and helping people. It was a good fit for me,” explains Orden.

Orden appreciated having a career that capitalized on her interpersonal skills and allowed her to be a mom. “Growing up I always knew that I wanted to be a mother,” reflects Orden. She married her first husband, whom she met playing softball through their church. Daughters Michelle and Nicole were born in 1984 and 1986 respectively. Orden and her husband ultimately divorced, and Debra raised her daughters as a single parent. “It was tough sometimes. Although, my mom would help me when I needed her to,” notes Orden.

Orden continued her professional endeavors in a field that was now especially near and dear to her heart. “After working at Wachovia I went to work for United Cerebral Palsy of N.C. for nine years,” mentions Orden. Especially relevant now, because Debra’s own daughter Michelle was born with cerebral palsy. “The hardest thing about Michelle having cerebral palsy was finding the avenues and people who would help pave the way to give her the same opportunities as other children. I wanted to make sure I got her the things that she needed,” explains Orden. The hardworking and doting mom also cleaned houses to help provide for the family of three.

Fate and faith would intervene during this time in Debra’s life. She met her future husband, Roger. “We were at my nephew’s christening. He was the one cooking a pig,” jokes Orden. The rest was history for them. Roger was in the military and stationed at Fort Bragg. Debra and her two girls moved from Clemmons to Fort Bragg to start their new lives as a military family. “Coming in when I did, I loved volunteering for everything. I met some great people and made wonderful memories,” reflects Orden. “When I got married to Roger, my dad pointed out it was the perfect life for me because of my love for helping and all the people that felt like family.”

After 32 years of service, Debra was disappointed when Roger decided to retire. “It had given me the chance to stay home with my kids and volunteer which were both of my loves,” explains Orden. Debra knew that she wanted to live near family again so they gave Georgia a try to be close to cousins. “I realized after that first year, we needed to move back to Clemmons. Because Roger was finishing up his work at Fort Bragg I called him one day and just told him that’s where we would be going. He couldn’t join us for several years because of work commitments, but he understood.”

Roger and Debra spent several years managing distance with his career. Ultimately, after several years in the Philippines and Afghanistan, the two settled in Clemmons for good together when Roger secured a job with the Winston-Salem Police Department.

Debra enjoyed watching her daughters attend West Forsyth High School and graduate in 2004. Orden also started working at Dream Dinners part time in Clemmons. “I was helping people get to spend more time around the dinner table instead of getting ready to prepare it,” mentions Orden. Debra’s continued passion for others was ignited when her daughter Nicole was diagnosed with Lyme disease. Orden studied and learned how to best help her. “I realized with working with a chemist that natural choices helped her more,” notes Orden. She began delving into DoTerra essential oils to relieve Nicole’s disease with great results. “The greatest thing is educating people. One little drop of oil can truly change their lives,” says Orden. “Even with my father’s passing a little over a year ago, the doctor’s didn’t give him very long to live. I kept using the oils all over his feet and he lived many months longer. I’m a true believer.”

These days, Orden continues to share her passion of helping others with essential oils and being an “Oma” to her three grandchildren (Benjamin, Evelyn, and Lincoln). “I got my name because my oldest grandchild, Benjamin, was born while they were stationed in Germany,” recalls Orden. Spending time with family and helping at Holy Family Catholic Church are very important to Debra. Debra serves as a lector and started the first Columbiettes in North Carolina at Holy Family 25 years ago with her father.

Our neighbor appreciates the community and family that are around her daily. It inspires her to give back  just as much as she receives. “My greatest enjoyment is being around people. If I can change peoples’ lives for the better, it gives me such a gift,” reveals Orden.