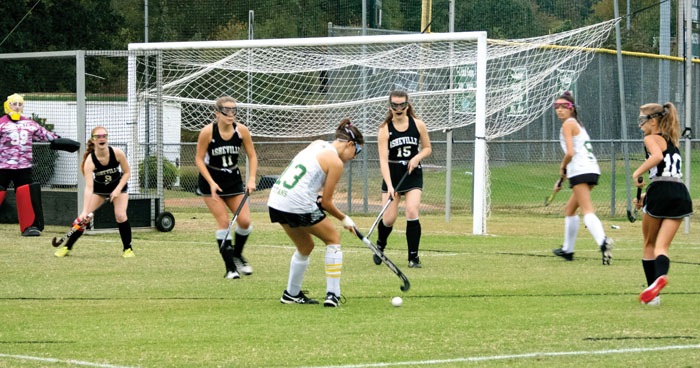 West Forsyth’s Mia Marshall (13) and Kelsey Bryant (6) during a game against Asheville.

West Forsyth competed in the North Carolina Field Hockey Association (NCFHA) playoff elite eight game against Asheville. This game was no different than any other game for West Forsyth. The Lady Titans entered the playing field with a fierce determination to score, along with a strong defense. The amount of teamwork from this group of field hockey players has been complex and like no other all season long. The girls battled their opponents until finally, after the half, the Lady Titans scored, the only score of the night. West Forsyth won over Asheville, 1-0.

West Forsyth ran away with the 17th win of the season, undefeated at home for the season and with an overall record of 17-2. This win sent them into the final four of playoffs against Myers Park (away) on Wednesday, Oct. 30.