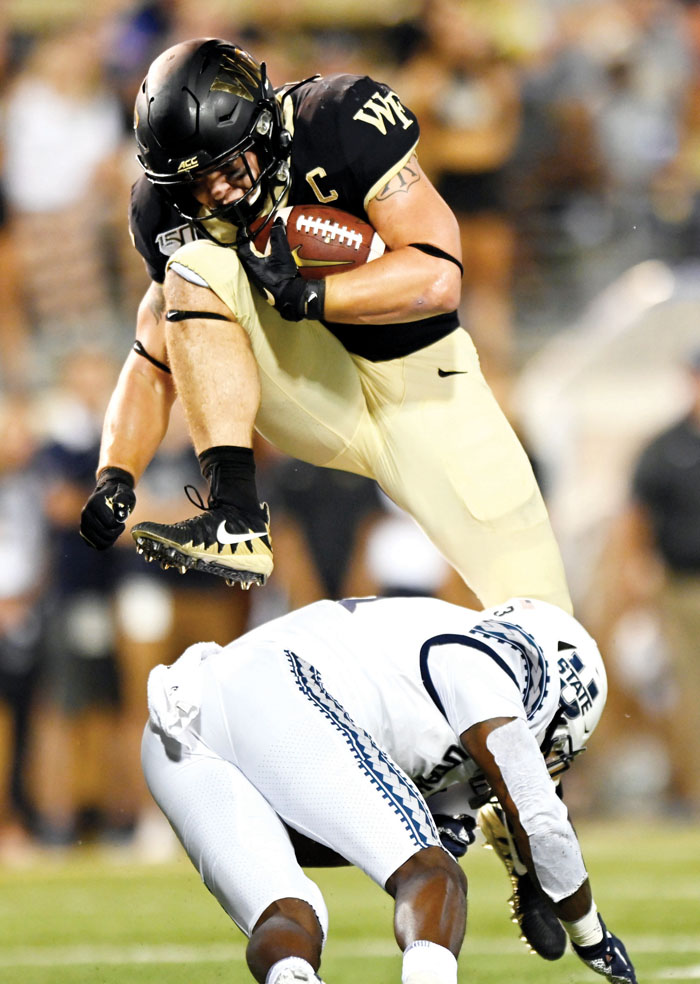 WINSTON-SALEM — Wake Forest senior running back Cade Carney has been named one of six finalists for the Pop Warner National College Football Award. Established in 2010, the award recognizes a graduating senior who has made a real impact on the field, in the classroom and in his community. The award is presented by Pop Warner Little Scholars, the nation’s oldest youth football, cheer and dance organization.

The award will be presented to the winner during the 63rd annual Pop Warner Super Bowl at Walt Disney World’s ESPN Wide World of Sports Complex in Orlando, Fla.  Former Wake Forest linebacker Brandon Chubb won the award in 2015.

Carney is a 5-11, 215-pound senior from Advance (Davidson Day) who is in his second year as a team captain. In 2016, Carney became the first freshman to start his first game on campus when he started against Tulane in the season opener.

In the classroom, Carney has earned mention on the dean’s list three times, is a three-time ACC Academic Honor Roll honoree and has twice been named to the Academic All-ACC team. He serves as a board member of Santa’s Helper which collects, wraps and distributes toys to underprivileged children in Forsyth County.

Moving on: Titans down Raiders to advance to third…