Moving on: Titans down Raiders to advance to third round of 4-AA playoffs 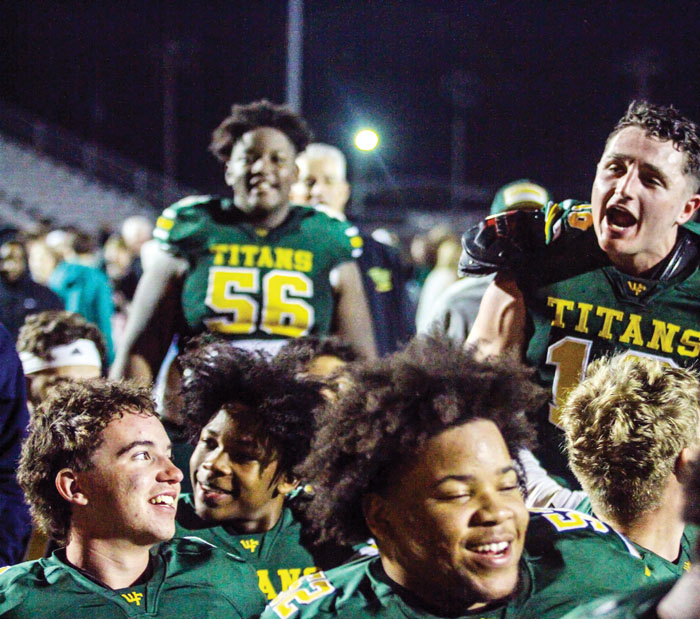 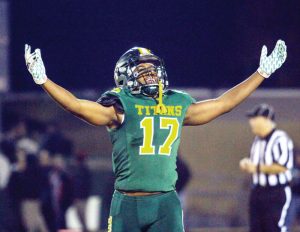 The Thanksgiving feast will taste even better for the West Forsyth football community on Thursday.

West downed Reagan 28-12 last Friday in the second round of the NCHSAA 4-AA playoffs behind a stout defense that turned in several key stops in big moments, had three interceptions, and held the Raiders scoreless in the second half despite playing several series’ with makeshift lineups — on offense and defense — because of various injuries.

“Those guys have really been flying around and making plays,” Coach Adrian Snow said. “They’re having fun. We had two fourth-down stops tonight because we made some plays. Jon McIntosh, Michael Hayden, Brad Bovender, Kyle Willard — those guys fight the fight. That’s our defensive staff and they do a heck of a job and our kids play really hard for them and that means a lot.”

Zy Dillard pounded out 117 yards and a touchdown on 22 carries — a good portion of which came in the second half to move the chains and help eat the clock — after G’mone Wilson (140 yards on 18 carries) left the game with an injury in the third quarter and did not return.

“He’s done a heck of a job all year long and I’ve been so proud of him,” Coach Adrian Snow said. “We’ve got two guys who can tote that rock and he had to step up tonight. He was rocking and rolling because it was his turn and he rolled with it.”

Dillard knew he had to step up with Wilson out.

“I knew I was going to have to try to fill those shoes and keep getting the job done,” Dillard said. “I had his back. I told him to keep his head up because we had his back. Our O-line did their thing and kept the holes open for me and I just needed to keep getting first downs and moving the ball when I got it.”

Jalen Ferguson and Shane Jarvis combined on a 41-yard scoring strike midway through the fourth quarter that all but sealed the win for West.

After a few hiccups in the first half and an interception early in the second half, Ferguson settled down to finish 9 of 13 for 191 yards and two touchdowns.

“He did a couple of uncharacteristic things in the first half especially, mishandled a few snaps, and was just out of sorts,” Snow said. “But I talked to him at halftime and he got back going and made some great plays. He did a great job for us and had some great throws in crucial spots. That’s what great players do.”

It was the second time West beat Reagan this season — the Titans beat the Raiders 31-21 on Nov. 1. The win last Friday also helped ease the sting of losing to Reagan in the first round of the playoffs last season on West’s field.

The Titans opened their scoring on a 34-yard pass from Ferguson to Jordan Kennedy with 3:18 left in the first quarter.

Reagan answered on its next possession after D.J. Moyer scored on a 12-yard run with 58.7 seconds left in the quarter. The extra point was missed, however, and West held a 7-6 lead.

Wilson scored on a 2-yard run on its first series of the second quarter for a 14-6 lead, and Reagan again answered on the following drive after a 9-yard scoring run by quarterback Gabriel Hollingsworth. The two-point conversion run was stuffed, giving West a 14-12 lead. Those turned out to be the final points for the Raiders in the game.

Reagan was driving near the end of the first half until James Gordon intercepted Hollingworth at the West 2-yard line with 40.9 seconds left, ending the threat.

The Titans opened the second half by throwing an interceptions that the Raiders couldn’t capitalize on. After a three-and-out, West took over at its 23 and was moving down the field. On a third-and-9 play, Ferguson connected with Wilson for a 6-yard gain. Wilson was knocked out of bounds and stayed down on the sideline for several minutes. Reagan’s Zach Shaw, who made the tackle, also laid on the field several minutes as a hush fell over the stadium as both players were attended to by team trainers and coaches. Both players were eventually able to walk off the field and Wilson did not return. Several West players went up to Wilson and offered their encouragement.

Dillard, Ferguson, and the Titans’ defense did the rest.

Reagan was again threatening on its next series and faced a fourth-and-1 at the West 26-yard line. Hollingsworth called his own number and was stuffed by C.J, McCullough for no gain, and West took over on downs.

After a 14-yard run by Dillard on first down, Ferguson connected with C.J. Graham on a 55-yard completion that set up a first-and-goal at the 5. Dillard scooted in on the next play as the Titans’ lead grew to 21-12.

On Reagan’s next possession, Hollingsworth again called his number on fourth-and-1 from the West 36-yard line and was stopped short by a host of Titan defenders.

On West’s ensuring possession, Ferguson found Jarvis in stride down the left sideline for a 41-yard scoring strike that gave West a 27-12 cushion. Jaylen James’ fourth extra point of the game made it 28-12, and a Will Knight interception of Hollingsworth with 5:30 left on the Raiders’ next possession all but ended the Raiders’ hopes.

“We just found a way,” Snow said. “We were able to make a couple of more plays than they did. I have so much respect for Josh McGee (the Reagan coach, and a former standout quarterback and assistant coach at West Forsyth) and his kids because he is a great football coach. But that’s how it is at this point in the season. It’s awesome to move on.”

West (11-1) will play Charlotte Vance (10-2), which beat top-seeded Mallard Creek last Friday in their second-round matchup. West would have traveled to Charlotte to play had Mallard Creek won.

“Not really surprised because Vance is really good to0,” Snow said. “It will be great to be able to play right here in the confines of ‘The Village’. I’m just so proud of our kids. We’ve got a few kids still banged up a little. You can’t still be playing football this time of the year and not have that. But we’ll line up Friday night and I can promise you that we will play hard.”